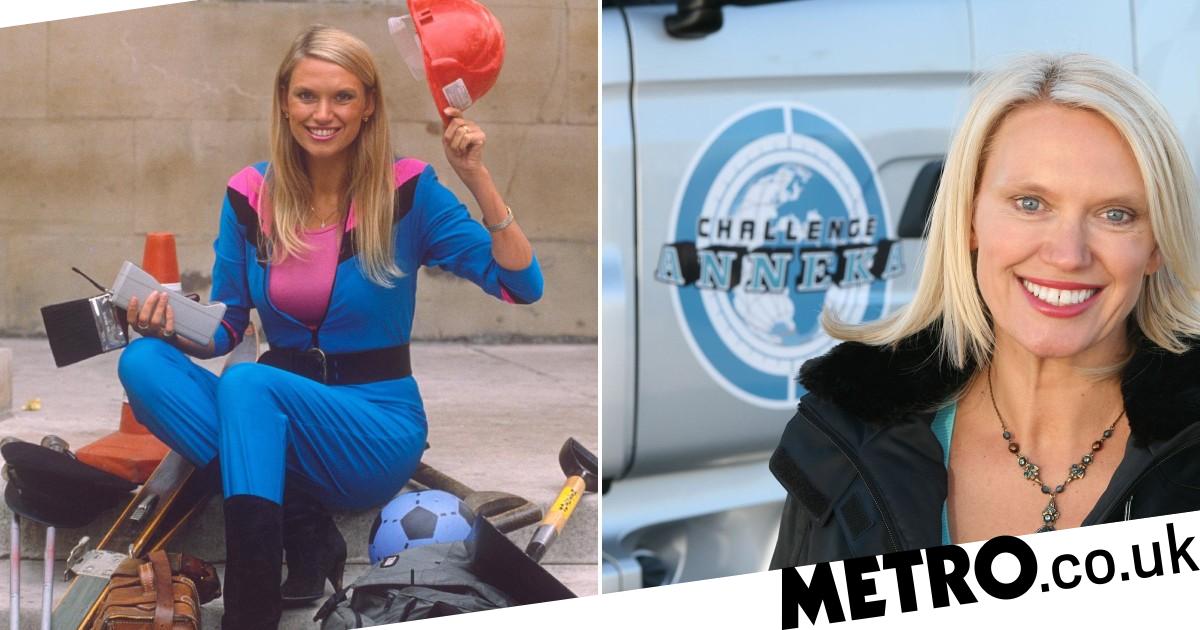 Anneka Rice will race against the clock for a good cause yet again as her TV hit show, Challenge Anneka, is set to hit our screens after almost 30 years.

The TV presenter confirmed today that Channel 5 is remaking the programme, which had viewers glued to their screens when it originally appeared on the BBC from 1989-1995.

The new four-part series will see the 63-year-old TV presenter and her team of volunteers tackle a variety of challenges, celebrate everyday heroes and assist communities in need of help.

Anneka said of the new series: ‘There will always be a room for challenge on television, because it’s about kindness, it’s about community, it’s about the power of the collective. As humans we are totally hardwired to be altruistic.’

She added to Radio 4’s Today programme: ‘It might not be on the screen, but it’s been in my heart for the last 30 years because I’m still so involved with all those projects.

‘The issues might look a bit different today, but they’re not at its heart.’

Anneka also believes that not being replaced by a younger woman for the relaunch is also a great look for the show as it challenges stereotypes about the role of older female presenters.

‘Forty years ago, you have to remember where women were placed in television,’ said Anneka, who last year revealed that her stint as a contestant on 2019’s Strictly Come Dancing put more strain on her than Challenge Anneka ever did.

‘They were usually either draped over cars as a prize on a quiz game or they were behind a news desk.

‘I feel just the same as they did 30 years ago, but possibly there’s more conversation about how we look, or about how we might be coping with it, whereas for men they just get on and do it, and their image and brand stays intact.’

She said Channel 5’s director of programming, Ben Frow, also did not want to update the programme just to attract the younger generation of viewers.

‘He didn’t want to change anything,’ she revealed. ‘He wanted analogue. He wanted Dave the sound man, the truck and that absolutely powered this whole thing. I don’t think it needs [updating] because at the end of the day, it’s about community.’

She also told PA News of the new show: ‘I can’t believe this is actually happening.

‘Three decades on, the issues may look different but at their core they are the same, they’re about people and communities.

‘And we may look a bit different too but our hearts and willingness to get stuck in are the same.’

The original show, which was rebooted on ITV for two special episodes that aired in 2006 and 2007, would attract an audience of up to 12 million people who would tune in to see Anneka landing by helicopter into a place which she had no prior knowledge of.

Anneka, who previously admitted she never liked the name of the show, would then be tasked with persuading people and companies to help her complete a charitable project in record time.

Filming on the new series starts later this year and Anneka has appealed to members of the public to share ideas for projects by emailing: [email protected]


MORE : Kim Kardashian stuns in sparkling corset as she dances night away at Kourtney Kardashian and Travis Barker’s wedding