Chilling moment model, 23, ‘predicts’ her own death in video days before body was found stuffed in a suitcase 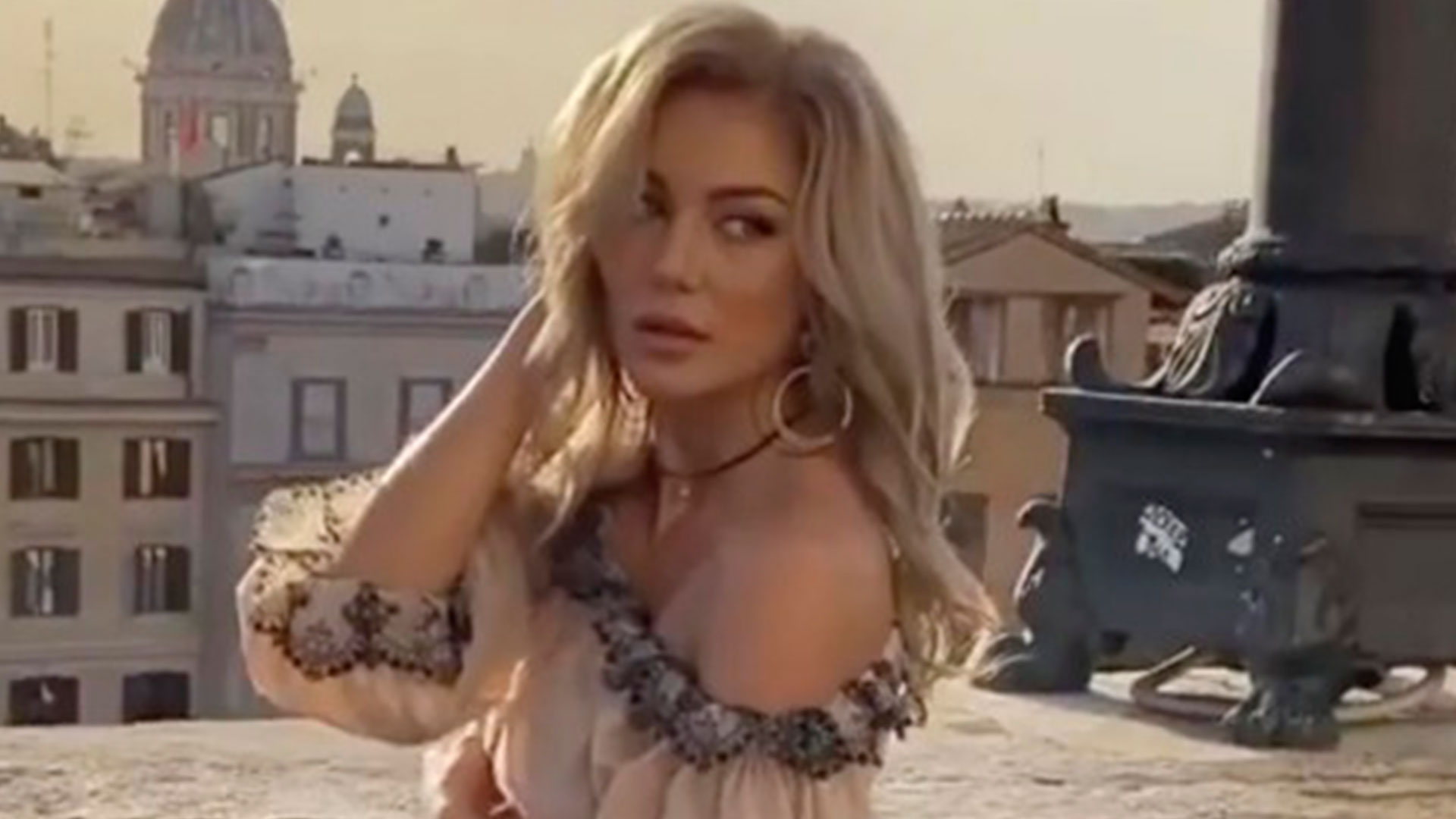 A MODEL whose body was found in a suitcase seemingly predicted her own death in a haunting video just days before she died.

Russian escort Gretta Vedler, 23, vanished in February 2021 while staying at a hotel in Moscow ahead of starting a new life in Bali.

Her corpse was then chillingly discovered a year later in a suitcase inside a car in a garage on the outskirts of a village near Lipetsk – some 250 miles from the capital.

It has now been revealed Gretta predicted her own death just a few days before she disappeared in a spooky video she secretly filmed at the hotel reception and sent to a pal.

The footage appears to have been recorded on Gretta’s mobile phone but held under the reception counter so hotel staff could not see it.

In the footage, she can be heard saying: “I’m from number 708. I was screaming, I was threatened with murder, but no one came to my rescue.

“Why? You understand that if something happens to me.”

The hotel manager then says something inaudible before Gretta continues: “Remember, his name.”

She then named her boyfriend Dmitry Korovin several times as her future killer.

The friend – not named in local media – said: “I met Korovin several times. I didn’t like him at all.

“Firstly, it is immediately clear that this person is unpredictable, unprincipled and dangerous.

“Secondly, I know for sure – he perfectly understood what Gretta was doing.

“But he didn’t stop her. And even vice versa – he took advantage of the fact that she made a lot of money.”

Gretta complained to her friends that Korovin would constantly ask her for money and fail to pay her back.

Her friend said: “Dima had a problem. Drugs. Gretta did different substances with him for a while, but then stopped.”

But despite Korovin’s huge debt to her – RUB 1 million (£15,200), according to reports – she did not break off the relationship.

He told the police that on the day of the model’s death, the couple had argued about Gretta’s clients.

Korovin, who was drunk at the time, claimed that he lunged at her and ended up strangling her before he passed out.

He said that when he came to, he found her cold on the bed and packed her into the suitcase and left Moscow with it.

The suitcase was then kept in his parent’s garage for a year.

An investigator revealed that Korovin told him: “I couldn’t bring myself to bury Gretta somewhere in the woods, like some kind of dog.

“We were close to her, I couldn’t do that to her.”

In the suitcase, activated charcoal was also found and Korovin told investigators that he had heard that it would cancel out the smell of her decomposing corpse.

He is set to undergo a forensic psychiatric assessment.

The Investigative Committee of the Russian Federation for the City of Moscow said: “On 12th March, 2022, the body of a model who disappeared in Moscow in 2021 was found in the garage of a country house in the city of Lipetsk.

“The defendant was detained in accordance with Art. 91 of the Code of Criminal Procedure of the Russian Federation.

“During the interrogation he fully admitted his guilt, explaining to the investigator that he strangled his girlfriend as a result of a conflict that arose due to financial and domestic disagreements.

“After committing the crime, the accused hid the body in a suitcase and moved it to the territory of the city of Lipetsk, where he lived.

“Today, the investigation is petitioning the Presnensky District Court of Moscow for the election of a preventive measure in the form of detention for the defendant.

“The criminal investigation is ongoing.”

How Essendon coach was adopted into Tiwi clan