China warns of ‘crackdown’ against ‘hostile forces’ amid protests 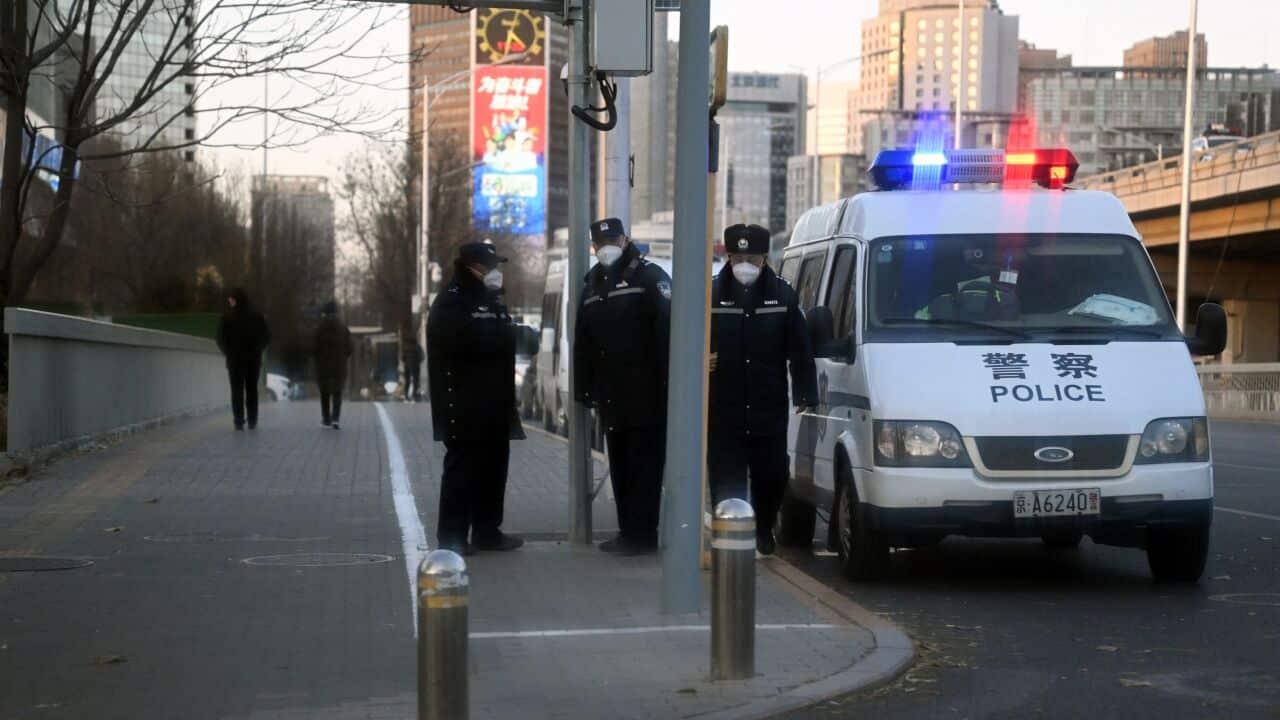 China’s top security body has called for a “crackdown” against “hostile forces”, after a weekend of protests in major cities opposing COVID-19 lockdowns and demanding greater political freedoms.
Tuesday’s stark warning came after security services were out in force across China following , as anger over unrelenting lockdowns fuelled deep-rooted frustration with the political system.

A deadly fire last week in Urumqi, the capital of the northwestern region of Xinjiang, was the catalyst for the outrage, with protesters taking to the streets in cities around China.

The demonstrators said COVID-19 restrictions were to blame for hampering rescue efforts in Urumqi, claims the government swiftly denied.
China is the world’s last major economy still wedded to a , which compels local governments to impose snap lockdowns and quarantine orders, and limit freedom of movement in response to minor outbreaks.
Anger over the lockdowns has widened to calls for political change, with to symbolise the pervasive censorship to which the world’s most populous country is subjected.
On Tuesday, the ruling Communist Party’s Central Political and Legal Affairs Commission called for a “crackdown” on what it described as “hostile forces” — a possible warning to the protesters, which the readout published in state news agency Xinhua did not mention directly.
The body — which oversees all domestic law enforcement in China — also agreed at its meeting that it was time to “crackdown on illegal criminal acts that disrupt social order” as well as “safeguard overall social stability.”
The warning came after a heavy police presence across cities on Monday and Tuesday appeared to have quelled protests for the time being.
In another sign of the government’s zero-tolerance of dissent, people who had attended weekend rallies in the Chinese capital told news agency AFP on Monday they had received phone calls from law enforcement officers demanding information about their movements.
On Tuesday hundreds of officers appeared to have been drawn back from the streets of a rain-drenched Shanghai, where weekend protests had seen bold calls for the resignation of , an AFP reporter said.

A broad effort by police to stop passersby taking pictures of the site of the protest also appeared to have been tapered down, the reporter added, with one officer telling AFP that it “depends on the nature of the photo” but that there was no blanket ban in place.

In Beijing, AFP reporters saw a few marked and unmarked police vehicles but no sign of protesters at an intersection near the Asian Games Village, where a demonstration had been planned for Tuesday night.
Freezing temperatures of minus nine degrees Celsius likely also kept protesters away.

Some rallies did go ahead elsewhere on Monday and Tuesday, however.

While China’s leaders are committed to zero-COVID, there have been some signs that central authorities may be seeking a path out of the rigid policy.

China’s National Health Commission (NHC) announced on Tuesday a renewed effort to expand low vaccination rates among the elderly — long seen as a key obstacle to relaxing the measures.
Many fear that opening the country up while swaths of the population remain not fully immunised could overwhelm China’s healthcare system and cause more than a million deaths.
The NHC also said local efforts “inconsistent with national policies” had caused a “great impact on people’s work and life”, and warned that “those who cause serious consequences will be held accountable in accordance with laws and regulation”.

However, it did not suggest a change in policy was imminent.

Jennifer Hills and Sarah Desmond promoted to co-MDs at…