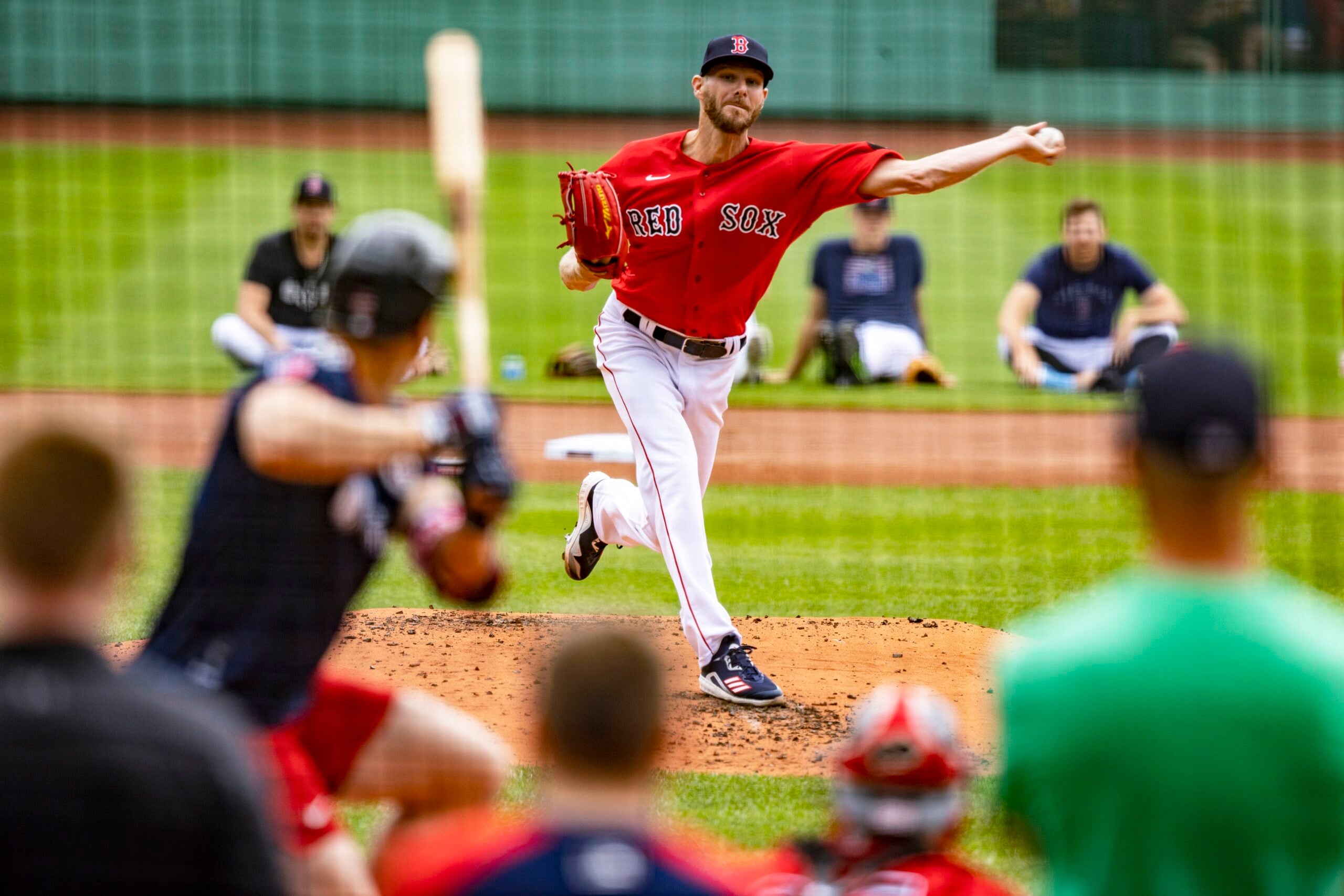 Chris Sale is moving closer and closer to returning to the Red Sox and making his 2022 MLB debut.

The Red Sox’ southpaw threw his second rehab outing on Saturday since he suffered a stress fracture in his right rib cage in February. Sale’s start, which came with the Florida Complex League Red Sox, yielded good results, throwing 2 2/3 innings and striking out six hitters.

Sale’s fastball traveled between 92-96 mph, mixing in a sinker, slider, and changeup, according to MassLive’s Christopher Smith.

The Red Sox seem satisfied with how Sale pitched on Saturday.

“He felt like the ball was coming out a lot better. His stuff was good,” Cora told reporters. “Being able to go over two innings is important. That’s something we’ve been talking about.  That tells you where he’s at physically, right. It’s a lot different than last year. We’re very happy with the way he threw today.”

Just like when Sale returned from Tommy John surgery in 2021, Red Sox manager Alex Cora’s biggest checkpoint for Sale before taking the next step in recovery is to see how his body responds following each outing. If he’s feeling good on Sunday, it looks like Sale will take another step forward.

“The plan for [Sale] now is to fly to Portland on Tuesday and potentially pitch in a game for Portland this week. That’s big for the Red Sox because they need him as the season winds down,” The Boston Globe’s Julian McWilliams said on NESN.

If Sale gets the approval to travel to Portland, he could pitch in either Thursday or Friday’s game against the New Hampshire Fisher Cats. If all goes well there, it’s reasonable to think that Sale would get a fourth and final rehab start with Triple-A Worcester during its home series against Scranton/Wilkes-Barre between July 4-10.

The Red Sox’ starting rotation has dealt with numerous injuries lately. Both Nathan Eovaldi and Garrett Whitlock have been placed on the injured list in June. As the Red Sox shuffle around the rotation, Connor Seabold’s been called up from Triple-A Worcester and will pitch in Monday’s series opener against the Blue Jays. It’s unclear if he’ll start or if the Red Sox will use an opener in that game, in which Seabold would be the first pitcher used following the opener.

Seabold, 26, has had a solid season in Worcester, going 5-1 with a 2.26 ERA in 11 starts. He made his big league debut last September, allowing two runs in three innings against the White Sox.