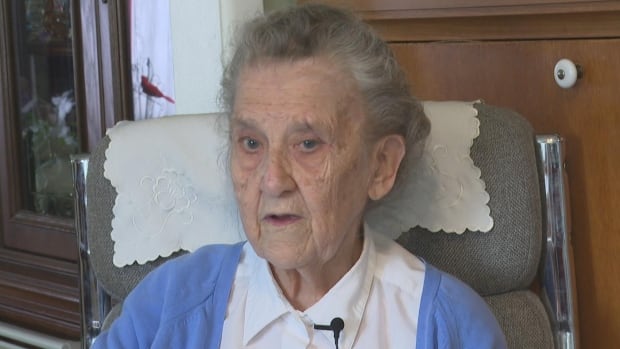 An elderly woman who has been living with the smell of fuel oil in her house for nearly a decade has won a half-million dollar lawsuit against the City of Charlottetown.

77-year-old Gail Doucette has had to endure the recurring stench of fuel at her home for close to nine years. She lives besides the Sherwood Recreation Hall, which is where in 2013 the city discovered an underground steel tank was leaking fuel.

Last month, Justice Terri MacPherson ordered the city to pay for $533,000 in damages after finding that the oil had migrated into Doucette’s property.

Doucette said the smell made the house, where she had lived since the 80s and where she raised her children, practically uninhabitable.

“It stinks in here,” Doucette said. “[My son] Ewan came up the driveway one time. I was going to tell him. He said, ‘Mom, don’t say a word. I already can smell it and I can taste it.’  You can taste the oil.”

Fuel in the bedrock

Following the discovery of the leak, the city moved away hundreds of tonnes of contaminated soil and installed a new above-ground tank. But the smell never went away.

At the time, they couldn’t determine how long the tank had been leaking, or how much fuel had leaked out, but they did find it had seeped into the bedrock.

Monitoring wells were installed in the surrounding area, including one in the house. Doucette and her family used them to collect evidence presented in court.

“They’re still remnants of it,” Doucette’s son, Ewan Bowman, said. “We had it retested in 2020. And, of course, we have the documentation now to say that there is still oil present in the ground. There’s still hydrocarbons underneath the house.”

The City of Charlottetown argued it followed all clean-up protocols as set out by the provincial environment department. But the judge said that’s not good enough, considering the damage done.

Doucette said the oil prevented vegetation from growing in certain areas of the property, and that trees which had been planted on her front and backyard in the years following the spill ended up dying.

She attempted to sell the house in 2020, but argued that the fumes made the property unmarketable.

MacPherson also ordered the city to buy the house. They haven’t done so yet, but Doucette has launched another lawsuit to ensure that happens.

“It’s impossible to put it back in the condition it was in. We’ve been through court. … now we just want them to pay up and finish this so we can move on with our lives,” Bowman said.

The court also heard there’s still oil underneath the basement of the recreation hall which can’t be cleaned up, and that the city had to install air vents to channel fumes away.

“We walk right by here every day. Sometimes in the summertime, or certain days [when] the wind was blowing, we could certainly smell something,” said Coun. Bob Doiron, who testified at the trial.

“The city hired a company and did the best they could. But, you know, at the end of the day, it’s been a nine-year struggle to get compensation for her.”

Doiron suggested the city could take down the recreation hall and replace it with a new community centre located on the same parking lot.

For Doucette, her victory in court is nothing but bittersweet.

“Our whole life was here. Memories, kids, their friends, family. Everything was here,” she said.

“My home means a lot to me, and now, through no fault of my own, I’m losing everything … I got no peace anymore.”