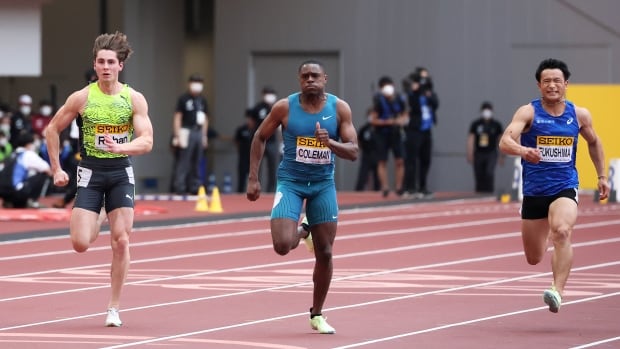 American Christian Coleman won the men’s 100 metres in a season-best 9.92 seconds and Aleia Hobbs overcame compatriot Sha’Carri Richardson in the women’s 100 metres at the NYC Grand Prix on Sunday.

The reigning world champion Coleman, who returned to action in January after serving an 18-month suspension for breaching anti-doping whereabouts rules, said he was pleased after finishing under 10 seconds in the event for the first time this year.

“I felt like that was a really good race,” said Coleman, who took third at the Prefontaine Classic last month.

“I felt a lot better in the second half of my race than I did last time — and I feel like that was really all that I was missing.”

With throngs of young fans cheering her name outside the media zone, Richardson said she was thrilled to produce a 10.85 in her third 100m race of the season, even after Tokyo relay silver medallist Hobbs muscled her way to the top of the podium in 10.83.

“I feel phenomenal,” she told reporters. “I feel fantastic.”

A final tuneup ahead of the USA Outdoor Track and Field Championships, the track on Randall’s Island experienced speedy times under windy conditions.

American Devon Allen produced a world-leading 12.84 seconds to overcome world champion Grant Holloway by more than two-tenths of a second in the men’s 110m hurdles.

“I thought I was going to break the world record today, so we’ll have to wait for another race,” said twice Olympian Allen, who is juggling a career in the National Football League (NFL) with his athletic ambitions.

How the global 3D-printing community is aiding Ukraine