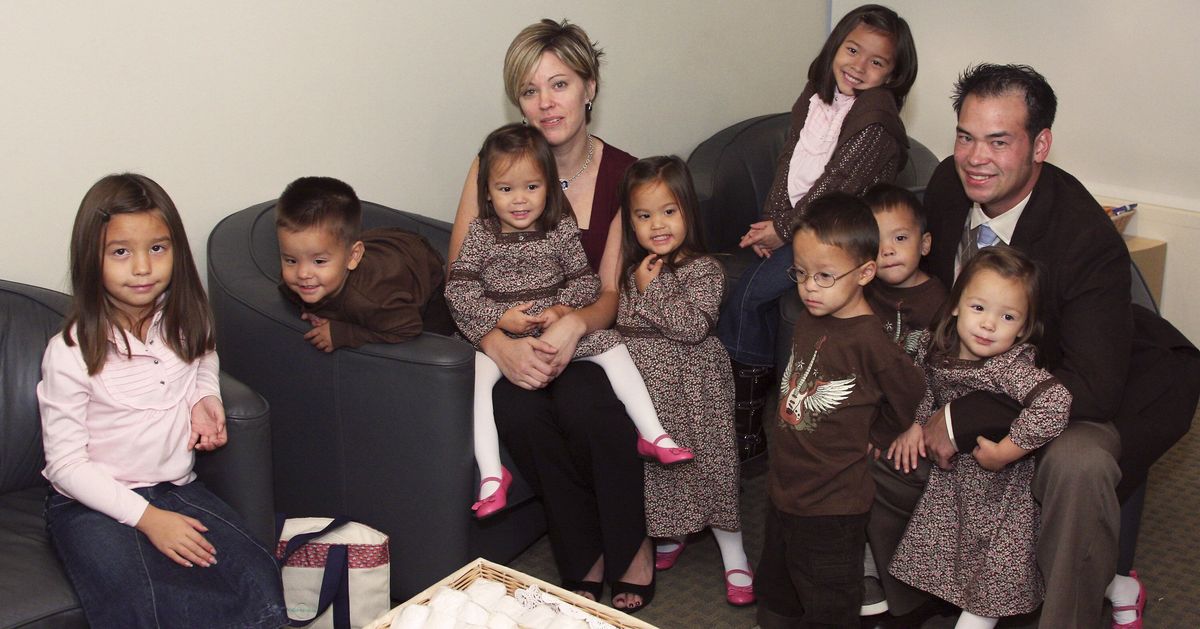 Collin Gosselin, who debuted on reality TV in the womb, is opening up about how the exposure has affected his life.

Gosselin, 18, was one of the sextuplets on the former Discovery Health and TLC reality show “Jon & Kate Plus 8” in the early 2000s. The show starred his parents, Jon and Kate Gosselin, Collin’s five siblings, and his two older sisters, twins Mady and Cara. In 2009, Jon and Kate divorced, after which the series ran under the name “Kate Plus 8” until 2017.

Collin didn’t hold back when he reflected on his experience on the show in a rare interview with Entertainment Tonight Monday.

“I want to believe it was because of TV and what being in the public eye does to a family. I think it tore us apart,” he told ET. “It gave us less time to actually be together as a family [and] more time to be in the public eye.”

When Collin was 12, Kate told People that she had decided to send him to an institution.

“Collin has special needs,” Kate said at the time, adding that Collin received “a fairly fluid diagnosis of what those needs are, but he needs to learn certain strategies to help him deal with things.”

She added: “This has been a struggle we’ve had for a very long time, and it’s one I’ve dealt with on my own. I’ve felt very alone in this. By the same token, it’s not something that has only impacted me or him — our entire family has been impacted.”

Collin, who has lived with his father Jon since his stay in the facility, told ET he believed he didn’t belong there in the first place. When the outlet brought up Kate’s former quotes during his interview, he said it was “unfortunate that that’s how my mom phrased me as a person.”

“I hope that If we met again one day she would understand that that’s not the case,” he said.

“After being there, I didn’t have a relationship with her,” Collin said of Kate. “Even before [being] there, I don’t think we had much of a relationship and I think that just kept tearing it even more down.”

Kate spoke about Collin’s behavioral trouble before she sent him away. He and his fellow sextuplet Alexis were reportedly expelled from their private school in Pennsylvania in 2010. According to RadarOnline sources, the two were allegedly abusive toward students and adults.

Collin told ET reconciling with his mother would be “ideal.”

“I think every son wants to have a relationship with their mom,” he told the outlet. “But I’m doing very well.”

Jon was granted full custody of Collin in 2018 when Kate and her legal team did not show up to a hearing. This past May, Hannah, another sextuplet, told ET she was living with Jon and Collin. She told the outlet her reason for moving in with Jon was because she’s “always been closer with my dad and we’ve always had a strong, good relationship.”

“But I just feel like there was unfair treatment in my mom’s house and I just wanted to live with my dad,” she added.

Hannah noted at the time that she still speaks with her mother, and said she’s “pretty sure she’s doing well.”

The other Gosselin sextuplets — Leah, Joel, Alexis and Aaden — still live with their mother, People reports.