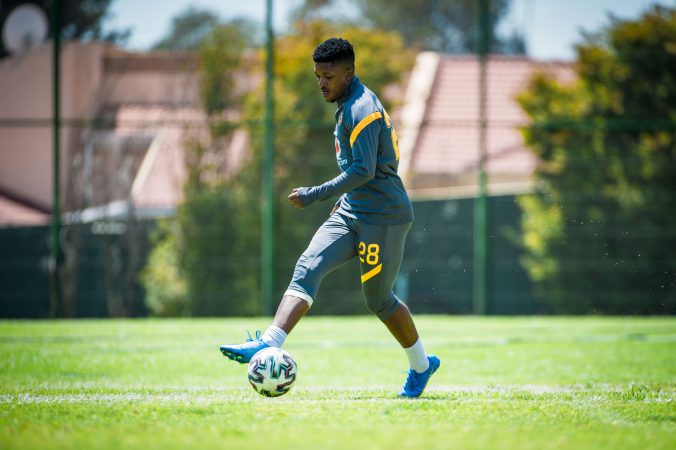 Zuma was released by Chiefs earlier this week for disciplinary reasons, but AmaZulu seem not be deterred by that according to Zungu.

Zuma was a fan favourite at Chiefs

Zuma had been at Chiefs since the 2016/2017 season but despite being a fan favourite, could never really command a regular starting berth. The 2019/2020 season, however, saw ‘Msholozi’ begin to stamp his authority at the club, becoming a trusted ‘super sub’ for former coach Ernst Middendorp.  With the player’s contribution’s off the bench, Chiefs almost went on to win the league that season, losing it on the final day to Mamelodi Sundowns, after a 1-1 draw to recently relegated Baroka FC.

Chiefs, however, announced recently that the player had been released by the club with a year still, left on his contract, for disciplinary reasons. Having worked so hard to get himself back in the good books at Chiefs, it came as a shock to many when the club announced that Zuma had been suspended again, on their social media platforms. The club eventually decided it was the right time to pull the plug on the player’s future at Amakhosi, however.

When quizzed about “how smooth negotiations were with Dumisani Zuma” by Andile Ncube on Metro FM Sports NightsAmplified Zungu said. “Look, next week we will be able to announce and inform the public which players will join AmaZulu among those players some of them maybe the public will be familiar with them. Who have played in the PSL and some, maybe great names they maybe familiar with going forward who come from other leagues. Including Dumisani Zuma who may feature or not feature”. Zungu said.

Zungu went on to speak on Zuma’s disciplinary issues at Chiefs and went on to give further hints that he will join AmaZulu.

“It’s quite obvious that, if he were to come to AmaZulu we will obviously bare in mind what your actual employer says about you and we will have a tough talking to, and we will expect certain commitments from you, and we will hold you to certain codes of conduct, we will sell the carrot, but we will also tell you where the stick is. So we love Dumisani Zuma, everybody knows how capable that boy is, and KwaZulu-Natal is home. So those who will form the core of AmaZulu will need to know that they’re not on holiday, they will be held accountable, and we wouldn’t expect them to continue on a path that is self destructive. Whether that is Dumisani Zuma or Gabadinho Mhango” Zungu added, all but confirming the capture.

Will Zuma be a good addition to AmaZulu?