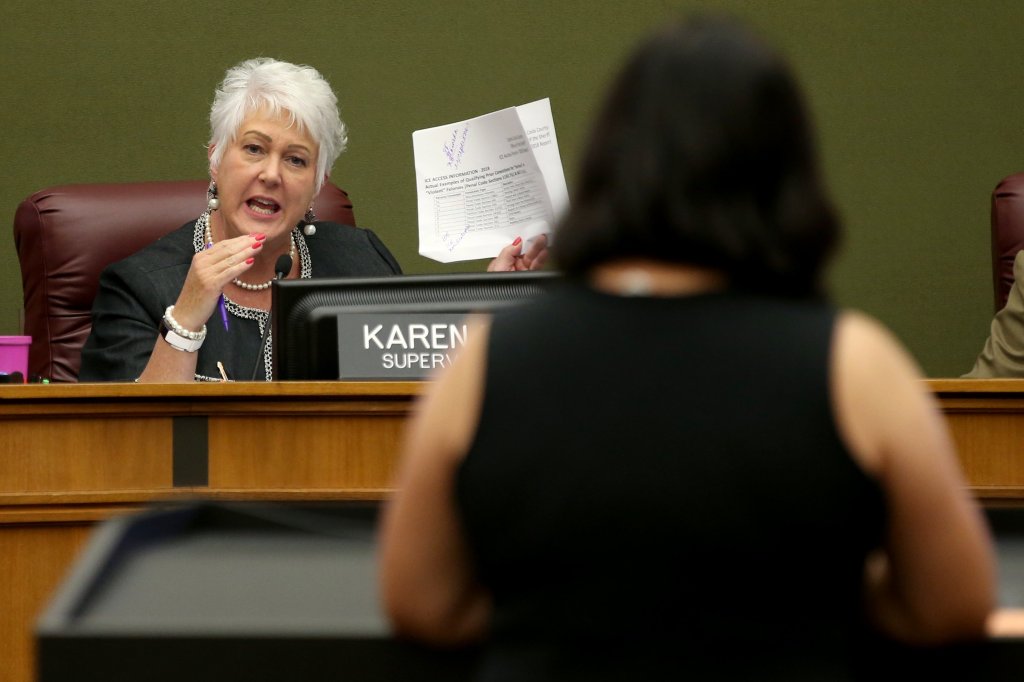 With no incumbent standing in their way, five candidates armed with growing campaign chests are fighting to distinguish themselves in the wide-open race for the District 4 seat on the Contra Costa County Board of Supervisors.

And unless one of them collects more than 50% of the vote in the June 7 primary, the top two ballot winners will face off against each other to succeed retiring Supervisor Karen Mitchoff, who has represented Concord, Walnut Creek, Pleasant Hill and Clayton since 2011.

Among them, Allen has amassed the most campaign money so far — $91,000, including $7,500 from law enforcement groups.

Allen, who unsuccessfully pursued the Republican nomination for a state Assembly seat in 2016, said she doesn’t have a party preference today and champions efficient government solutions.

“I want to focus on policy,” she said about her neutrality. “Politics and political party labels were getting in the way of that — it was polarizing.”

In her last BART campaign, Allen won another term despite seeing six of nine fellow board directors endorse her challenger. Although she pushed for some agency staffing cuts to save money, Allen advocated for beefing up BART’s police force. The BART Police Officers Association later backed her re-election effort.

The Contra Costa County Deputy Sheriffs Association has contributed $5,000 to Allen’s supervisorial campaign, and a “transit safety” political action committee sponsored by the association pitched in $2,500 on her behalf.

Much of Obringer’s contributions have come from labor unions, ranging from from sheet metal workers to heat insulators to iron ship builders and blacksmiths.

An outside group, Working Families for Obringer for Supervisor 2022, spent $31,000 on a campaign mailer supporting her election. Local unions that represent technical engineers and steamfitters contributed heavily to the group.

Along with her fellow council members, Obringer voted in 2020 to cut ties with developer Lennar Corp. after it refused to guarantee it would hire local union workers to build a massive 13,000-home development at the former Concord Naval Weapons Station site.

She subsequently voted to negotiate with the labor-friendly Seeno family development companies to make them the master developer of the old naval weapons site after Lennar walked away.

Obringer declined to say whether that and other labor leaning votes have brought heavy union contributions, saying she’d prefer to focus on the thousands she has raised in small donations from voters.

“I have a strong track record of supporting working people with hazard pay during the pandemic,” she said. “And I’m engaging people on the topics that matter to them: public safety, addressing our homelessness crisis and creating affordable housing.”

Carlson has raised much of his money from individual donors. But he also received $5,000 from a Build Jobs political action committee and $2,500 from the Concord Police Association. The Pleasant Hill council member is a retired police officer who was once a member of the union.

Carlson says his approach is different than the others’ because he tries to “build bridges to get the work done” to resolve differences.

“We live in this world of cancel culture and we just can’t function that way,” he said. “We need to be able to sit down and talk things through.”

Birsan, a three-term council member who unsuccessfully pushed to enact rent control in Concord, has spent $17,000 of his own money for his supervisorial campaign.

Birsan has begun focusing on criminal justice, promising voters he’ll strive to open up courts in individual cities so cases stop getting bogged down at the county courthouse in Martinez.

Garza, a political novice with years of experience at Healthy Richmond and Contra Costa Health Services, has built a coalition of local nonprofits and progressive voters.

She has received $5,000 from the Contra Costa Defender Association, $5,000 from SEIU Local 1021 and $1,000 from Anita Johnson, president of the Mount Diablo Unified School District’s faculty union.

East Bay Action, a social welfare organization that advocates for tenant rights and housing affordability, spent nearly $10,000 on a mailer for Garza, who said she has succeeded in “building a movement.”

“What the voters care about are real, live experiences,” she said. “I think I bring a lot of experience to doing the work on the ground.”