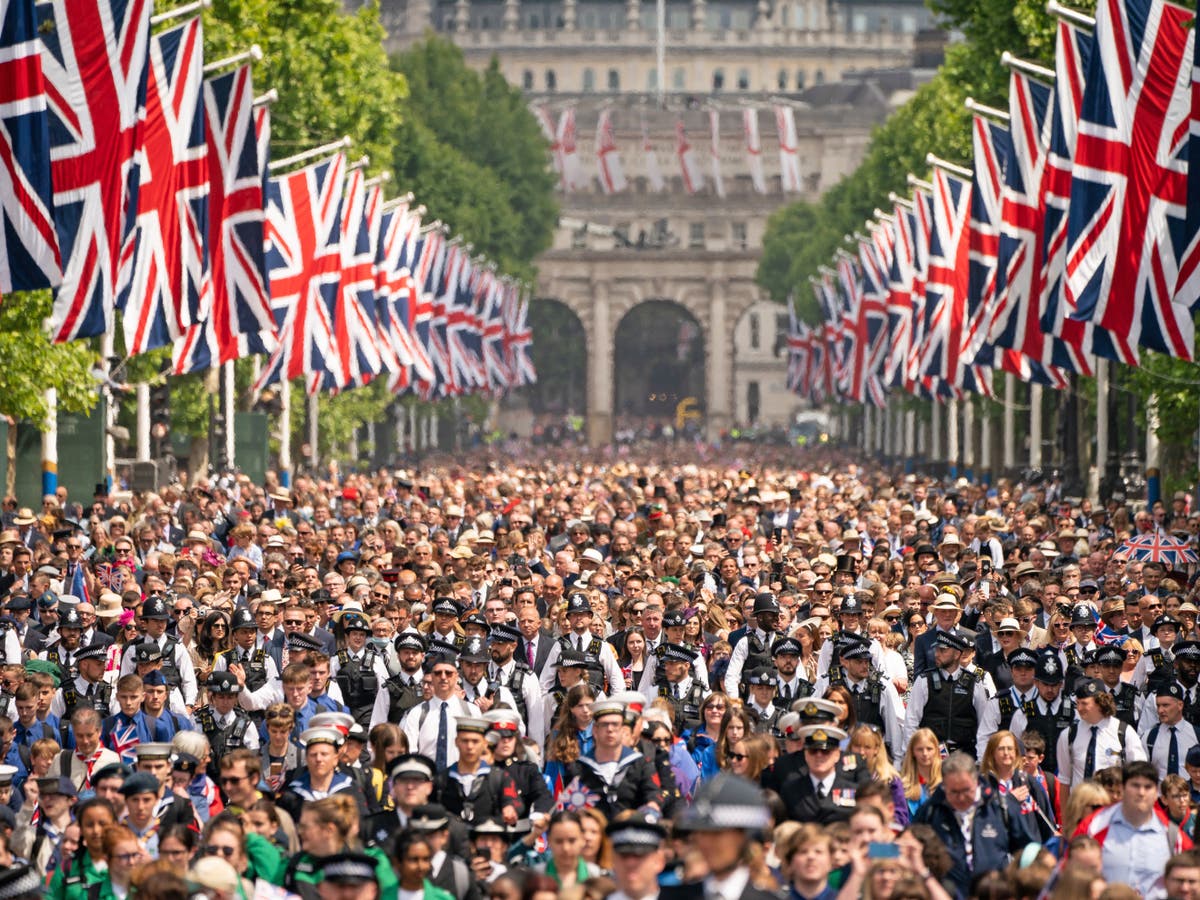 Covid-19 infections in the UK increased by 43 per cent in the week after the Platinum Jubilee celebrations, according to new estimates.

The Omicron variants BA.4 and BA.5 are believed to be behind the sudden increase, though scientists said the mass gatherings over the long weekend “would certainly not have helped”.

The number of people in hospital with and because of Covid is also showing signs of an upwards trend, suggesting the virus is once again becoming more prevalent across the country.

A total of 1.4 million people in private households are estimated to have had the virus last week, up from 989,800 the previous week, according to the Office for National Statistics (ONS).

Total infections are now back at levels last seen at the start of May, but remain well below the record 4.9 million at the peak of the Omicron BA.2 wave at the end of March.

The ONS said the latest increase was “likely caused by infections compatible with Omicron variants BA.4 and BA.5”, which are now thought to be the most dominant variants in much of the UK.

“While the jubilee celebrations would certainly have not helped,” she said, “the current wave is precipitated mainly by BA.4/BA.5 and BA.2.12.1 becoming dominant and driving a new surge, likely due to greater ability to escape immunity from previous infection and vaccines.”

BA.2.12.1 is another sub-strain of the original Omicron variant that is believed to be more transmissible than its predecessor.

BA.4 and BA.5 have meanwhile been classified as “variants of concern”, after analysis found both were likely to have a growth advantage over Omicron. However, the two stains are not believed to any more deadly than previous variants.

Dr Mary Ramsay, from the UK Health Security Agency, said: “It is encouraging that we are not seeing an increase in intensive care unit admissions, but we are monitoring data closely and assessing the possible impact of sub-variants BA.4 and BA.5.

“As we enter summer, it’s still important to remember that Covid-19 has not gone away, and to get vaccinated to reduce the risk of becoming seriously ill with the virus.”

The latest dataset published by the ONS is likely to cover the fallout from the Platinum Jubilee, during which millions gathered across the country in close proximity to celebrate Queen’s 75 years on the throne.

Those infected with the virus will have started showing symptoms or testing positive in the days after the long weekend.

Infection levels for the week ending 10 June are highest among 50 to 69-year-olds, where 2.7 per cent — one in 35 — were likely to have had the virus last week.

The estimates are the latest in a series of figures in recent days to suggest a rise in prevalence of the virus is under way.

The number of people in hospital in the UK with Covid-19 has started to increase, though the trend is not identical across the country.

There is no evidence of an increase in intensive care unit admissions, however. The number of registered deaths involving coronavirus also remains low.

Diners choose more sustainable meals when eco-labels are on the menu, study finds

What’s the truth about mindfulness and our health?

Colorado baker who went to Supreme Court over gay wedding…

Arkane finally confirms, yes, Deathloop is set in the…