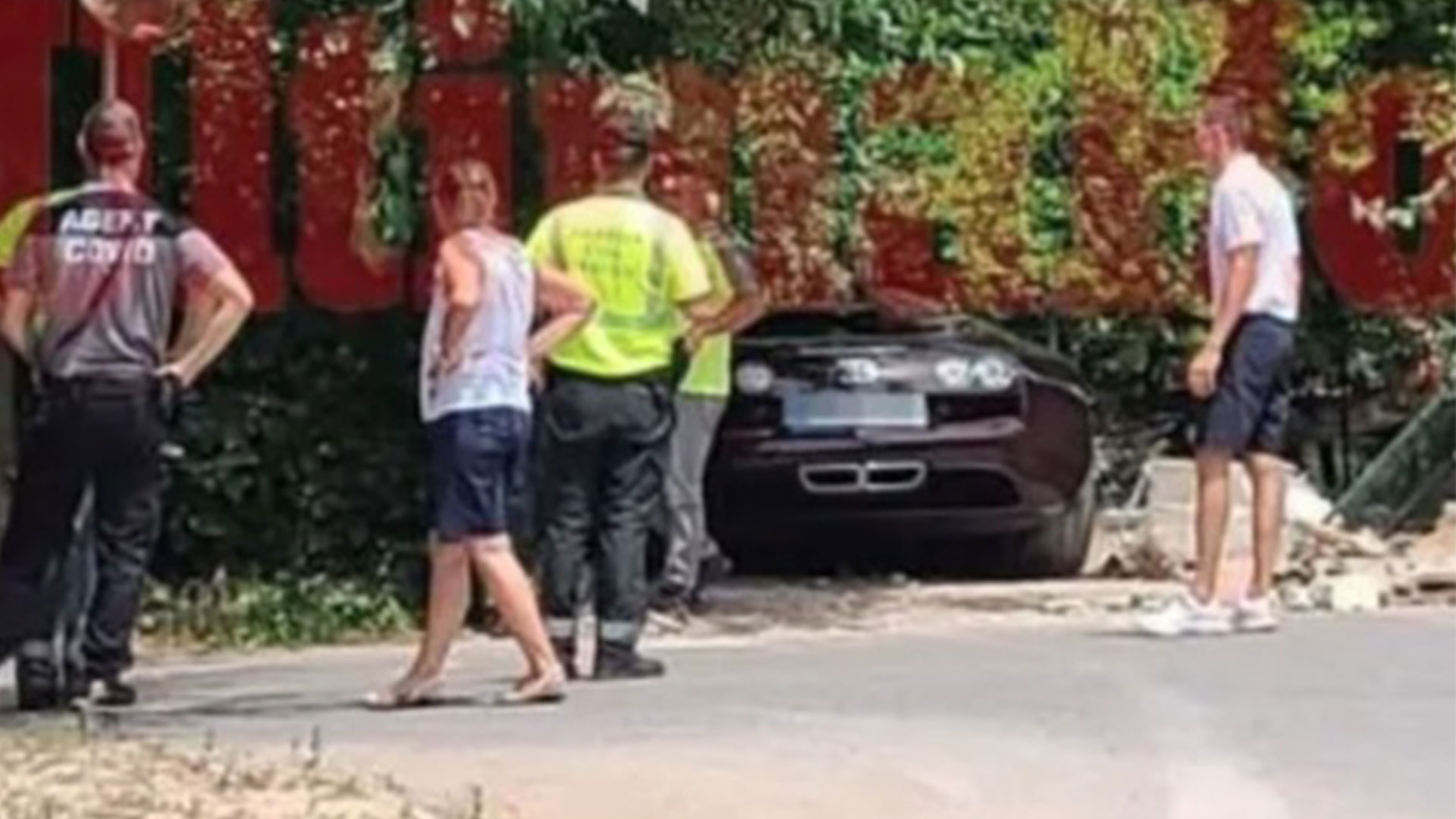 CRISTIANO RONALDO’S car has been involved in a crash in Majorca.

The smash is being investigated by the police’s traffic service – but involved Ronaldo’s £1.7million Bugatti Veyron.

The driver, who is reportedly not Ronaldo, lost control and skidded into a wall in the residential estate of Sa Coma, Bunyola, Palma de Majorca, where the Manchester United star is currently holidaying with his family.

The front of the Bugatti has believed to have been wrecked with investigators revealing no other vehicle was involved.

At 11 a.m. the car crashed into the door of a country house and into a butane bottle booth, which has been completely destroyed, near the Joan March Hospital.

The driver of the car did not suffer any injuries and has signed an accident report.

One well-placed source said: “The car smashed into a wall but there was only material damage with no-one injured and the driver accepted full responsibility for what happened.

“The information about who was behind the wheel and what occurred is registered on a police database and is there for a court or officers to access if any further investigations need to be conducted.

“But it is more a case of the information needing to be registered so the owner of the property that was damaged can put in a compensation claim and use the police report as a back-up in case there is any dispute down the line about how the damage was done.”

Another insider added: “The accident happened on a minor road near Joan March Hospital.

“The car appears to have come off the road and has hit a wall which forms part of the protection to a house with a gas canister deposit behind it.

“An employee of Cristiano’s was apparently driving at the time and not Cristiano. He was definitely not at the scene when officers arrived.”

Ronaldo had the beloved Bugatti Veyron, which has a top speed of 253mph – and a Mercedes-Benz G-Class – a present from his wife – shipped over from Manchester for the holiday.

The Bugatti is part of CR7’s £17m car collection which also includes an Aston Martin, Bentley and a Ferrari Monza.

Ronaldo also added a limited edition £8.5m Bugatti Centodieci – of which only ten have been made – to his collection last year.

The United striker is enjoying a luxury break in Majorca with his partner Georgina Rodriguez and their children.

They are staying in a luxury villa, secluded from prying eyes, that sits at the foot of the Tramuntana mountains.

They have been soaking up the sun and celebrating the 12th birthday of Ronaldo’s eldest child, Cristiano Jr.

Ronnie Jr. also joined his dad on board a superyacht on Sunday to celebrate Father’s Day.

Club Med wants another $3,000 for a vacation I already paid for