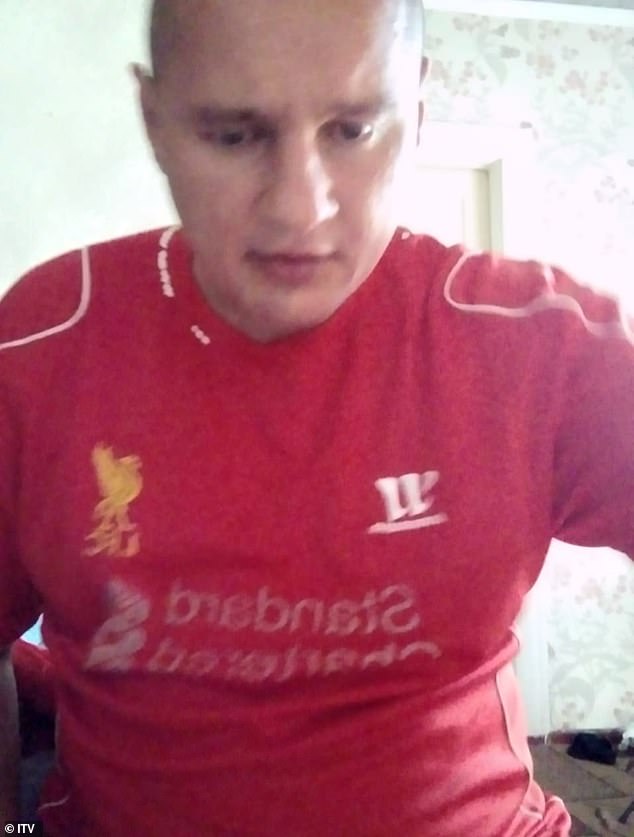 Bucha has come to epitomise the horrifying war crimes perpetrated in Ukraine.

The images which emerged from this town around 35 miles north-west of Kyiv at the beginning of this month gave the world its first glimpse of the viciousness of the Russian army.

The Ukrainian troops who liberated it from the Russians discovered the decomposing bodies of civilians by the roadside.

Many had apparently been lined up with their hands tied behind their backs and shot at point-blank range. Other corpses were found mutilated or burnt.

And as Ukrainian soldiers painstakingly clear mines and booby-traps from the streets of Bucha, new atrocities are being uncovered every day.

It is already clear that such horrors are not limited to Bucha, but this once charming town, with a pre-war population of 37,000, has become a symbol of the cruelty and brutality inflicted by the occupying Russians.

And, while some of the images emerging from towns like Bucha are almost too distressing to view, we must not avert our gaze.

We must appreciate precisely what is happening and learn the terrible lessons of a history so recent that the blood stains of the victims are still visible.

It’s why my colleagues and I have compiled a detailed account of three separate war crimes, to document the slaughter, and unravel the Kremlin’s absurd denials.

Case One: Shooting of Dmytro Stefianko

Dmytro left his mother’s home in Bucha at 10am on March 26 to join a friend in search of supplies.

But after crossing some nearby railway tracks, the pair encountered half a dozen Russian troops at a crossroads.

With the help of eye-witnesses, we have managed to piece together what happened next.

After being challenged by the soldiers, the two men fled in fear of their lives. One of the Russians opened fire with an RPK machine gun, peppering the street with bullets and injuring Dmytro.

A shell casing we found at the scene confirms the weapon used, and bullet holes in the fence show where the shooting happened.

While his companion escaped uninjured, Dmytro had taken a bullet to his buttock and was dragged back by the soldiers.

According to witness Oleg Shylo, who was being held by the troops nearby, Dmytro was then shot dead at the side of the road.

Oleg confirmed the identity of the victim after being shown a photo of him later.

Dmytro’s body eventually ended up in a mass grave next to St Andrew’s Church in Bucha, where he was laid to rest alongside more than 100 other civilians.

Like him, many had been shot. It will take months to formally identify them all and contact their families.

Case Two: Execution of five men in a cellar 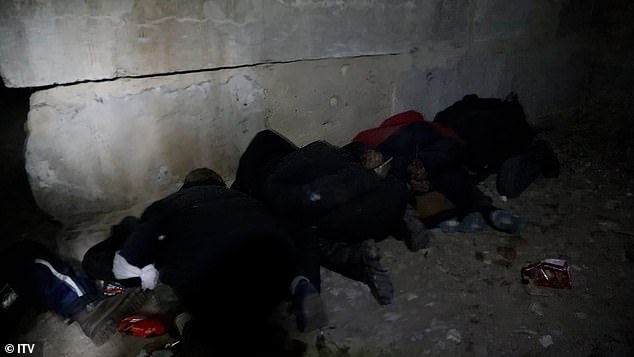 Five bodies were found with their hands tied behind their backs in the cellar of a children’s camp, situated on the edge of a large park in Bucha

While the individual stories of summary executions are shocking, they aren’t the whole story. Russian soldiers repeatedly engaged in more orchestrated murders involving multiple victims at the same location.

One such massacre took place in the cellar of a Soviet-era children’s camp, on the edge of a large park in Bucha. The bodies of five men were found with their hands tied behind their backs.

After the forensic teams had finished their work, we were allowed into the cellar and found a shell casing and bullet that indicated the men were probably shot with armour-piercing 5.45mm rounds from an AK47.

The angle of the bullet holes in the wall suggested the men were kneeling on the floor when they were executed, by a gunman or gunmen standing above them.

Our inquiries revealed that they were a group of everyday tradesmen, including a plumber and a door-installer. Hardly battle-hardened fighting men.

But they had decided to stay in Bucha and help organise the evacuation of other civilians rather than saving themselves, and their bravery proved to be their undoing. 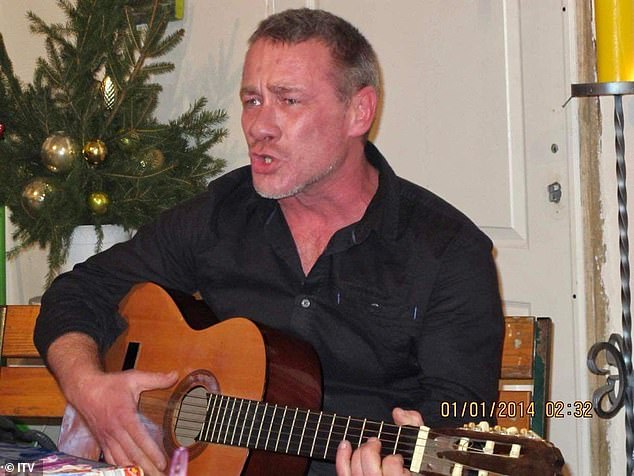 The sister of one of the men, Dmytro Shulmeister, spoke for the first time to ITV News about her grief on learning of her brother’s death, which was confirmed when she viewed a grim video of the scene online and recognised his face.

Their activities soon brought them to the attention of the occupying Russian forces, she says, who eventually captured, tortured and killed them.

The date of the shooting is unknown.

Through her tears, Tatiana Shulmeister told us: ‘They were kept in that basement, got tortured and brutally abused, and after all that they got executed.

‘My brother, he didn’t even close his eyes. I can still see his eyes in front of me.

‘He was such a brave man, he was not afraid and did not understand what for… Even when being viciously executed he did not close his eyes.’

Two miles to the south of the children’s camp is the site of another mass killing. This time at least eight were murdered and the final death count may be still higher.

The bodies of the men – all bearing signs of torture – were found to the side of a building next to a builder’s yard in a residential area.

One man had had his fingernails removed and his hands are bound behind his back. Another had been beaten across his back and had his feet tied together with electrical cable.

All appeared to have been shot. We have talked to one witness who not only saw what happened, but also survived it.

The man, who is too afraid to be named, describes how local residents were rounded up by Russian troops and the men of fighting age were segregated from the others.

He managed to prove he’d fought in Afghanistan as a Soviet soldier and one of the troops took pity on him because his father had also served there. 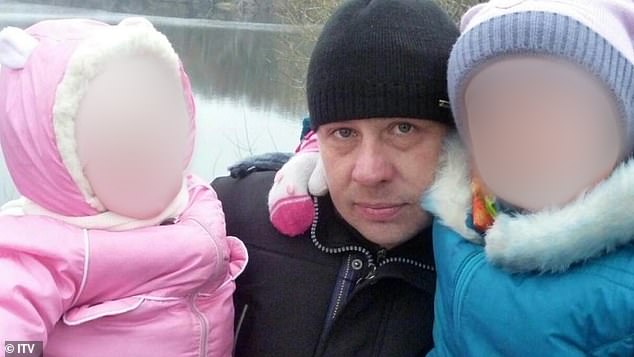 One of the eight men, Anatoly Prykhidko, was born in 1983 and may have been targeted because he was with Ukraine’s territorial defence forces

This proved to be the difference between life and death. He told us how he was then separated from the men designated for execution.

The condemned were led away with their shirts pulled over their heads. He saw them taken around the side of the building and shortly afterwards heard gunshots.

We have managed to identify one of the eight men shot outside the building. He is Anatoly Prykhidko who was born in 1983 and may have been targeted because he was with Ukraine’s territorial defence forces.

A witness who saw his body told us his cheek had been cut out, there were multiple stab wounds to his torso, and he’d been shot through the chest.

The three atrocities we have investigated all bear the hallmarks of a degree of orchestration by the Russian army, which precludes this all being the work of a few rogue units.

I asked Ukraine’s prosecutor general, Iryna Venediktova, about how high up the culpability for these war crimes goes. She was blunt in her response.

‘Of course it was ordered for them to kill civilians because we see gunshots. That’s what you see here in Bucha and other small cities, small villages occupied in Kyiv region,’ she told me.

‘Actually you see it’s not only war crimes, it’s crimes against humanity. President Putin is the main war criminal of the 21st century. Of course he is responsible for all of this.’

What I have seen in Ukraine over the last few weeks will stay with me forever. But we must see this in all its horror, learn from it and hold those responsible to account.