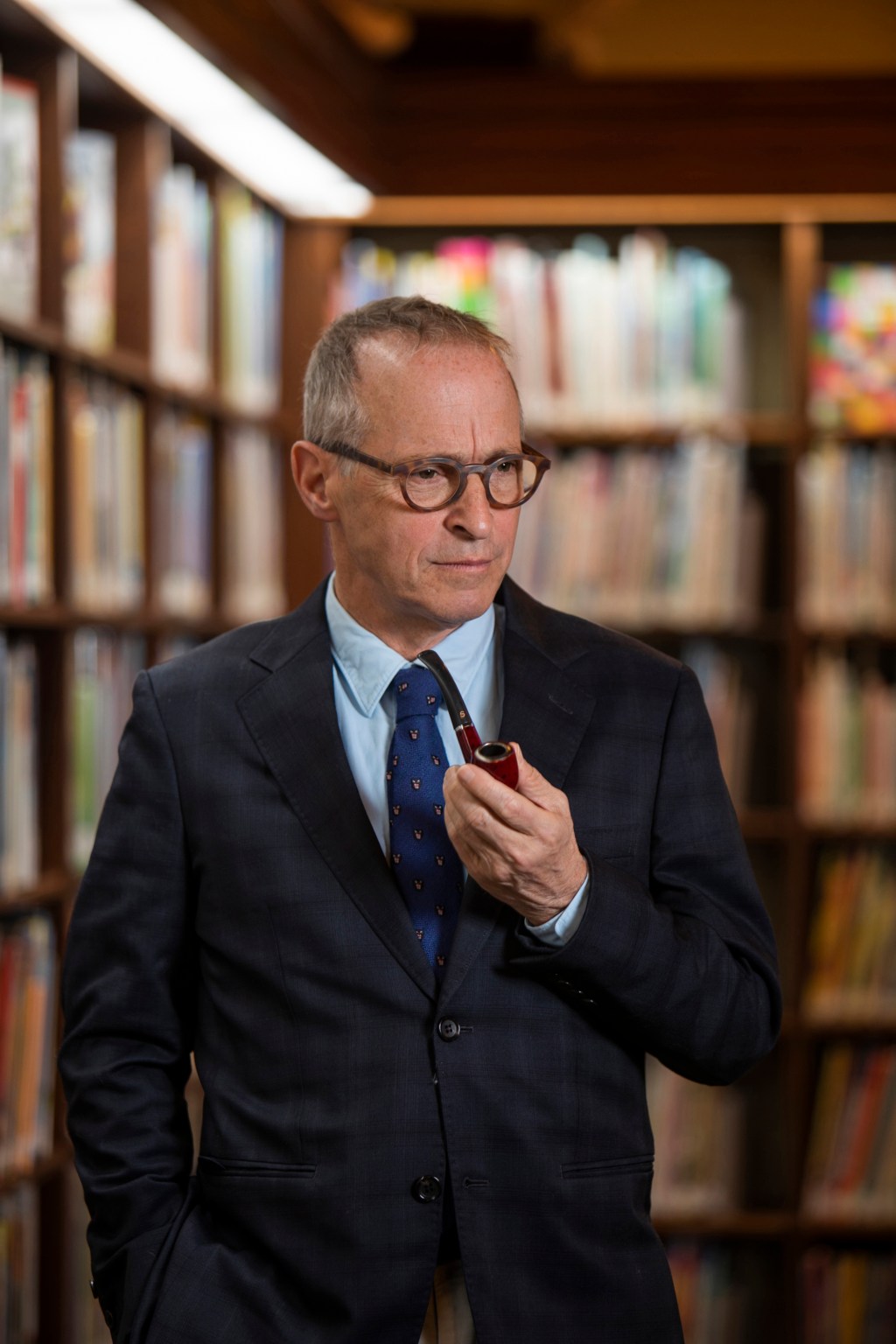 David Sedaris’ work has always had a macabre edge. He’s mined the humor in taxidermy, museums of medical oddities and tales of unusual deaths throughout his 10 previous books and his hugely popular performances.
Death takes no holidays in his new collection of essays, “Happy-Go-Lucky.” Whether he’s writing about his experiences during the COVID pandemic or the slow decline of his fractious father, he’s whistling past the graveyard ― but still hilarious.
The pandemic turned Sedaris’ life upside down. Someone whose job, and joy, is telling stories in front of audiences can’t work from home. Not only did canceling more than a year of touring put a dent in his income, it left him feeling displaced from himself. “Without a live audience,” he writes, “that unwitting congregation of fail-safe editors — I’m lost.”
He is thrilled to return to touring and to his legendary book signings, which can last up to 10 hours.
He asks fans to tell him stories, and often, he writes, themes develop. On one tour, it was stories about something that was a flabbergasting discovery for him: that many women are so eager to take off their bras after work that they remove them in the car or, in the case of one woman he talks to, on the bus. (”What you do is unhook it in the back and then pull it out your sleeve.”)
And that removal of the bra signals the end of the day’s responsibility, as one fan tells him. “A friend will call drunk, wanting a ride, and I’ll say, ‘Honey, I got my bra off. Get yourself a cab.’”
Much of Sedaris’ humor comes from saying the quiet parts out loud — writing frankly about things most of us never mention. One is his growing sense of frustration at his father’s longevity. They’d always had a contentious relationship that in David’s youth sometimes edged into abuse.
As Lou ages into his 90s, growing more cheerful by the day, he moves into assisted living, where his son’s first visit leads to a ridiculous case of mistaken identity.
One possession Lou insists on taking with him to the facility is a large grandfather clock he calls “Father Time.” When the clock tips over on him, his son observes, “When you’re ninety-five, and Father Time literally knocks you to the ground, don’t you think he’s maybe trying to tell you something?”
Several of this book’s essays deal with what happens when (spoiler alert!) Lou finally does die, at age 98. One, “A Better Place,” is a furiously uproarious dissection of the hoary cliches people offer to survivors. When some mourners call his father “a character,” he provides a wry definition: “A character is what you call a massively difficult person once he has reached the age of eighty-five.”
Tribune News Service

How to Check Uccha Madhyamik Scores Online, via SMS, DigiLocker