Dealer Profits On Auto Finance Way Up; It’s Not The Interest, It’s The Add-Ons 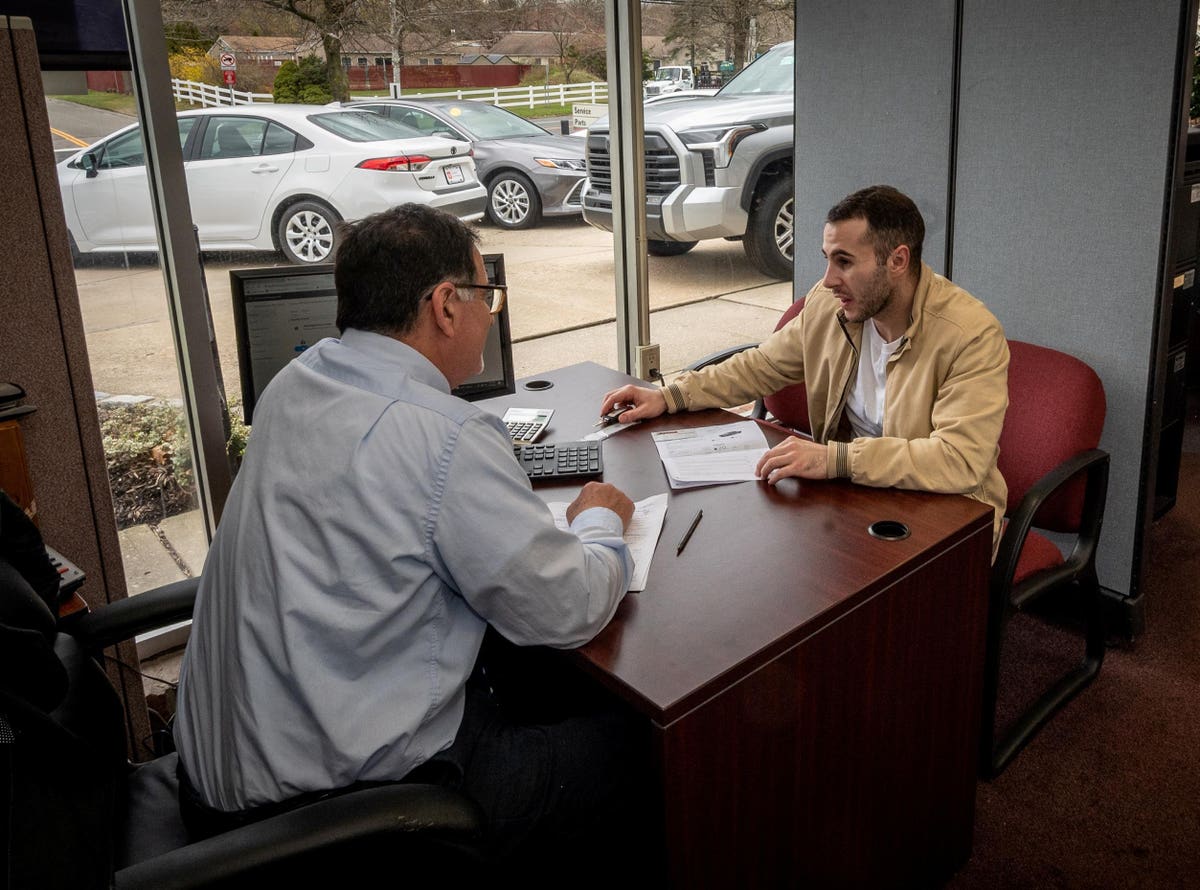 Record profits at U.S. car dealerships most definitely include the finance & insurance department, where dealerships earn money by acting as a middleman between the dealership and auto lenders, and by selling customers products like extended-service contracts.

For example, Sonic Automotive Inc., Charlotte, N.C. reported an average gross profit per vehicle of $2,280 for the first quarter in the category of “finance, insurance and other.” That’s an increase of 26.1% vs. a year ago, on a same-store basis for Sonic’s franchised new-car dealerships.

Five years ago, in the first quarter of 2017, it was $1,370 for Sonic. For many years, the industry average had approached, but rarely exceeded, $1,000 per vehicle. “I remember, for a long time the goal was $800,” Sonic CEO David Smith said in a phone interview.

Smith said finance and insurance results are up for several reasons. One is that cars and trucks have become more expensive.

Lately, that’s because of a new-vehicle shortage, mostly because of a shortage of computer chips. But rising sticker prices are a long-term trend that began before the COVID-19 pandemic. Automakers have added expensive features and options, including new “infotainment” systems, plus required safety and emissions gear.

Consumers have also switched out of cars and into bigger and more expensive trucks.

The net result is, customers are more interested in “protection” products like service contracts, to protect against future expenses, Smith said. Service contracts are designed to cover features and options that aren’t covered by the automaker’s original-equipment warranty, which comes with the car or truck.

Another reason is persistence and salesmanship, on the part of finance managers at all dealerships, not just Sonic. Finance managers have a rule of thumb called the “300% Rule,” which is to pitch 100% of customers, 100% of the products offered, 100% of the time.

“It’s partly that,” Smith said. In addition, for Sonic, he said low employee turnover among finance managers is also a big factor.

“There’s almost no turnover. We’ve got a seasoned team,” he said. “That’s as big a reason as anything, for the numbers we’re doing. They’re very consistent, and there is virtually no turnover.”

Besides service contracts, F&I products also include GAP insurance. GAP stands for Guaranteed Asset Protection. GAP makes up the difference, in case a car is stolen or totaled in an accident, and the insurance settlement falls short of whatever amount the consumer still owes on the loan.

As for interest rates, it’s urban myth that dealerships can tack on as much additional interest as the market will bear, to maximize their own profits. In fact, auto lenders put a strict limit on how much the dealership gets from the customer’s interest rate, and dealers say they rarely get the maximum amount.

Pat Spillane: This split-season idea has me furious – the GAA are losing huge opportunities for making the game more popular

Why is my car’s air conditioning system blowing warm air?