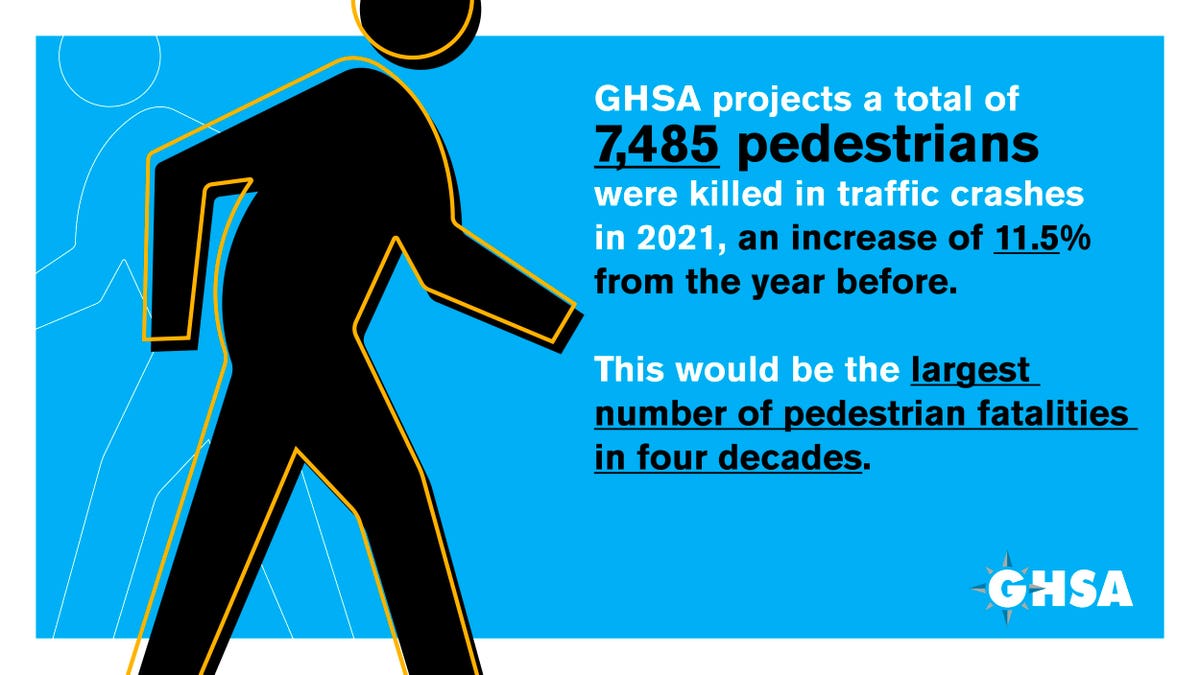 For walkers in this country, the news is sobering: Drivers struck and killed nearly 7,500 people on foot in 2021 – the most pedestrian deaths in a single year in four decades and an average of 20 deaths every day. In addition, the percentage of speeding-related pedestrian crashes involving children ages 15 and younger more than doubled in the previous three years.

“This is heartbreaking and unacceptable,” Jonathan Adkins, executive director of the GHSA, said in a statement. “The pandemic has caused so much death and damage, it’s frustrating to see even more lives needlessly taken due to dangerous driving.”

The growing death toll underscores “the urgent need” for a multi-layered approach to protect walkers from the proliferation of speeding, impaired and distracted driving, and other dangerous driving behaviors, according to the safety group.

“We must address the root causes of the pedestrian safety crisis – speeding and other dangerous driving behaviors, inadequate infrastructure, and roads designed for vehicle speed instead of safety – to reverse this trend and ensure people can walk safely,” Adkins added.

The new projection found that the 7,485 pedestrian deaths in 2021 represented an increase of almost 12% from the previous year, resulting in 774 additional lives lost. Last year was also a bad year: pedestrian deaths surged during the pandemic, despite a drop in driving, according to the safety group.

The analysis in the report was based on data provided by the State Highway Safety Offices in all 50 states and the District of Columbia (D.C.) and the National Highway Traffic Safety Administration (NHTSA).

The report provides examples of successful state programs and details how the five elements of a Safe System approach – safe people, safe roads, safe vehicles, safe speeds and post-crash care – can address ”the pedestrian safety crisis.” Also known as Vision Zero, the Safe System approach to road safety and design takes human error into account. First put into effect in Sweden in the 1990s, the goal is to eliminate all road deaths and serious injuries by creating multiple layers of protection, so if one fails, the others will create a safety net to lessen the impact of a crash.

Some recent trends from the report:

Origin’s battle of wits transfers from field to coaches box