Democratic candidate running in toss-up race called to end oil and gas ‘immediately,’ said ‘shut it all down’ 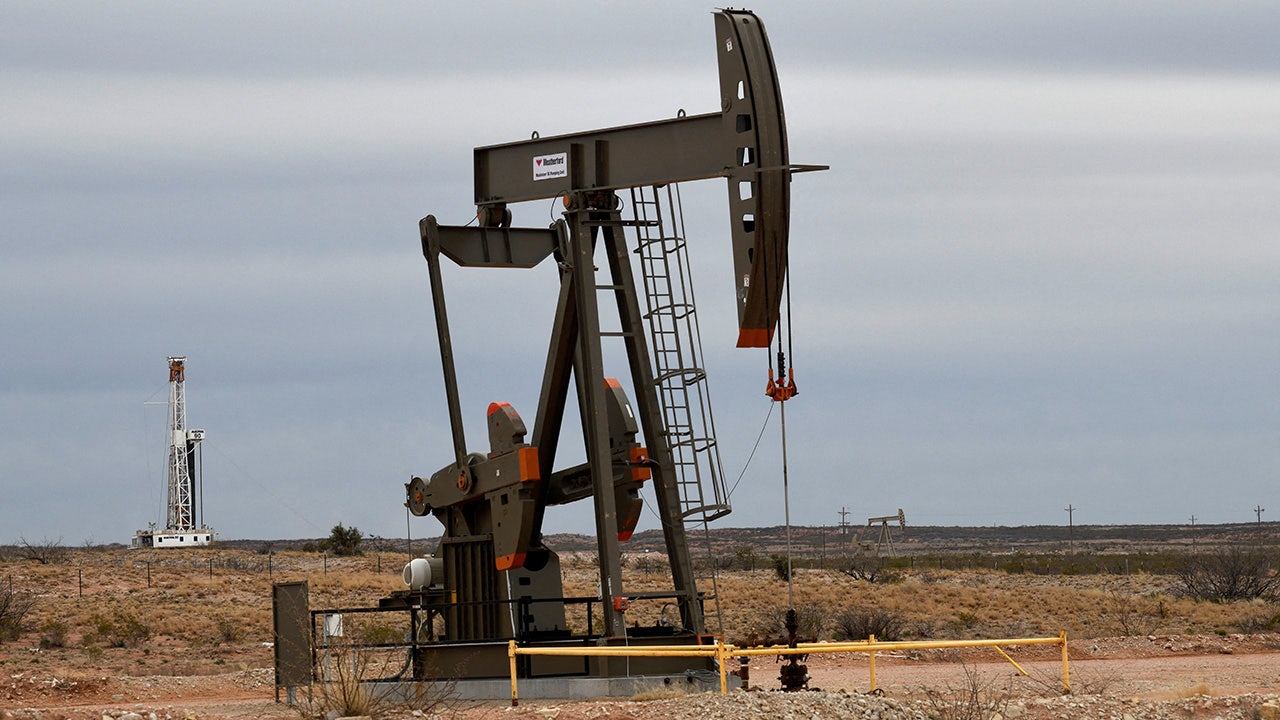 Is California going green and bankrupt?

‘The Big Sunday’ show panelists discuss California banning the sale of gas-powered vehicles by 2035 and the high costs of electric vehicles to replace them.

FIRST ON FOX: A Democratic candidate for Congress from New Mexico is looking to walk back recently unearthed comments he previously made indicating he supported ending oil and gas extraction “immediately.”

Gabe Vasquez, a former city council member of Las Cruces, New Mexico, said in 2018 he agreed with environmentalists who sought to get rid of oil and gas extraction “immediately” in favor of renewable energy.

As the November midterm elections approach, Vasquez has recently called the oil and gas industry “incredibly important to this district” not just for the extraction companies themselves, but for the small businesses that support the fossil fuel industry.

Vasquez, who is running against incumbent Republican Rep. Yvette Herrell in the 2nd Congressional District that covers most of the southern half of New Mexico, said on his “Nuestra Tierra Conservation Podcast” several years ago that he agreed with environmental groups who say, “Shut it all down. Let’s just get rid of it immediately.”

A pump jack operates in front of a drilling rig near Carlsbad, N.M.
(REUTERS/Nick Oxford/File Photo)

However, he also criticized some in the environmental movement who ignored local communities’ reliance on oil and gas industries for their survival.

“In the very statement referenced, I make absolutely clear that my top priority is protecting the livelihoods of New Mexicans and that I will not support any transition to sustainable energy that leaves working people who rely on the oil and gas industry behind,” Vasquez told Fox News Digital Wednesday in a statement.

“We can continue to produce oil and gas responsibly, protect the health of our workers and our environment, and add even more jobs in the southeast by expanding our renewable energy production.”

The podcast is no longer available on iTunes, but audio of the episode shared with Fox News matches an episode archived on Backtracks.fm, a podcast analytics website. In it, Vasquez does not appear to indicate that oil and gas should continue to be produced responsibly, but he indicates that fossil fuel extraction should be ended in a way that supports local economies in the transition.

“A lot of folks in the environmental community will say, ‘Shut it all down. Let’s just get rid of it immediately, let’s put in the infrastructure to get clean energy.’ And I agree with that. Because, as a planet, we need to move in that direction,” Vasquez said in one episode of the podcast that aired March 27, 2018.

Vasquez went on to say that a shift away from fossil fuels would need heavy infrastructure buildup in renewable energy sources to ensure communities that rely on current extraction industries would have opportunities for employment.

Later in the podcast, Vasquez agreed with his guest, New Mexico state Rep. Angelica Rubio, and other environmental groups, saying, “We do have to end it all,” referring to fossil fuel-based energy.

He also bemoaned how entrenched oil and gas production was in the state’s economy.

The New Mexico Oil and Gas Association says the industry supported 134,000 jobs in the state in 2021.

Vasquez said in August that, if elected, he would be a voice for oil and gas workers in New Mexico, rather than support corporate extraction industries.

“My approach is that we can’t line the pockets of the corporations and the CEOs at the expense of the health of the communities,” he said, according to the Carlsbad Current-Argus. “In Congress, I do want to hold the oil and gas companies accountable for not making some of the investments I believe they should be making in reducing methane emissions.”

Herrell, Vasquez’ opponent in the race, said the economy is not ready to give up all fossil fuels, given all the industries it supports.

“We all take for granted the fossil fuel industry, the products that come out of that space,” Herrell said. “Let’s get our energy from where its cleaner and better for the environment. We’re not ready to go all green.”

Thomas Phippen is an Editor at Fox News.