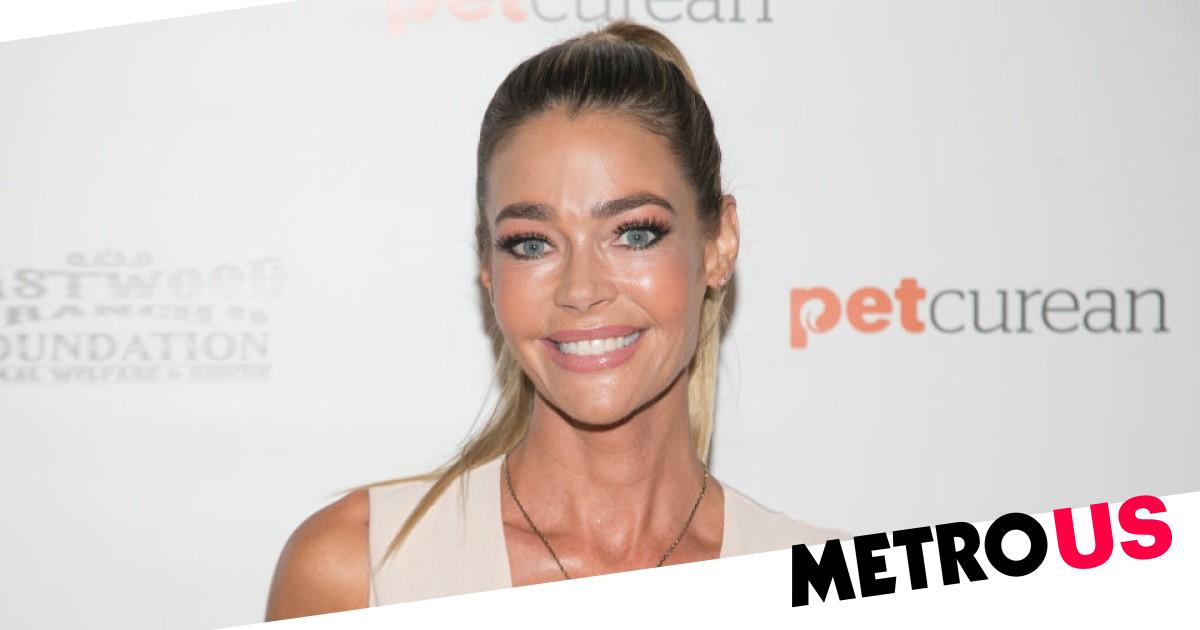 Denise Richards has joined OnlyFans just days after defending her 18-year-old daughter Sami’s decision to launch her own profile.

The 51-year-old model – who has Sami and Lola, 17, with ex-husband Charlie Sheen, and is also mother to adopted 11-year-old daughter Eloise – has signed up to the adult subscription platform shortly after her eldest daughter revealed her new venture on Instagram.

Denise’s bio on her page reads: ‘Hi…. Me. Personally answering all your comments and question’s and very excited to interact with all of you (sic)’

News of the OnlyFans account comes shortly after the Bold and the Beautiful star – who is charging fans $25 per month or $67.50 for a 3-month bundle to view her content – took to social media to announce her support for her daughter.

Alongside a snap of herself in a bikini top, Sami wrote on Instagram: ‘Click the link in my bio if u wanna see more [kiss emoji]’, and Denise commented: ‘Sami I will always support you and always have your back. I love you’.

However, Two and a Half Men star Charlie – who split from Denise back in 2005 after four years of marriage when she was pregnant with their second child – initially blasted the idea of his daughter joining OnlyFans and insisted it would ‘not have happened’ if she was still living with him.

He told PageSix: ‘She is 18 years old now and living with her mother. This did not occur under my roof. I do not condone this, but since I’m unable to prevent it, I urged her to keep it classy, and creative, and not sacrifice her integrity.’

However, he later backtracked on his rant and now he seems willing to support her career move.

In a statement through his publicist Jeff Ballard, he told Us Weekly: ‘Denise has illuminated a variety of salient points that, in my haste, I overlooked and dismissed.

‘Now more than ever, it’s essential that Sami have a united parental front to rely upon, as she embarks on this new adventure. From this moment forward, she’ll have it abundantly.’

It comes after Denise, 51, said she was proud of her eldest daughter for being able to brush off the negative comments since announcing she was joining the platform.

‘Sami is 18, and this decision wasn’t based on whose house she lives in. All I can do as a parent is guide her and trust her judgement, but she makes her own choices,’ Denise initially said in response to Charlie’s first statement.

And she later shared an in-depth statement explaining why she has given Sami her blessing.

She wrote in her Instagram stories: ‘Lots of negative comments on my social this past week. I have to say, I wish I had the confidence my 18 yr old daughter has. And I also can’t be judgmental of her choices. I did Wild Things & Playboy, quite frankly her father shouldn’t be either.

‘And to be able to ignore the negativity at her age? It took me many years & I still sometimes struggle. I’m in awe of her ability to be able to shut out the noise. Because it can destroy you.’


MORE : Denise Richards ‘can’t judge’ 18-year-old daughter for doing OnlyFans as she did ‘wild’ things in past

At Least 5 Members Of Congress Asked Trump For Pardons, According To Jan. 6 Committee