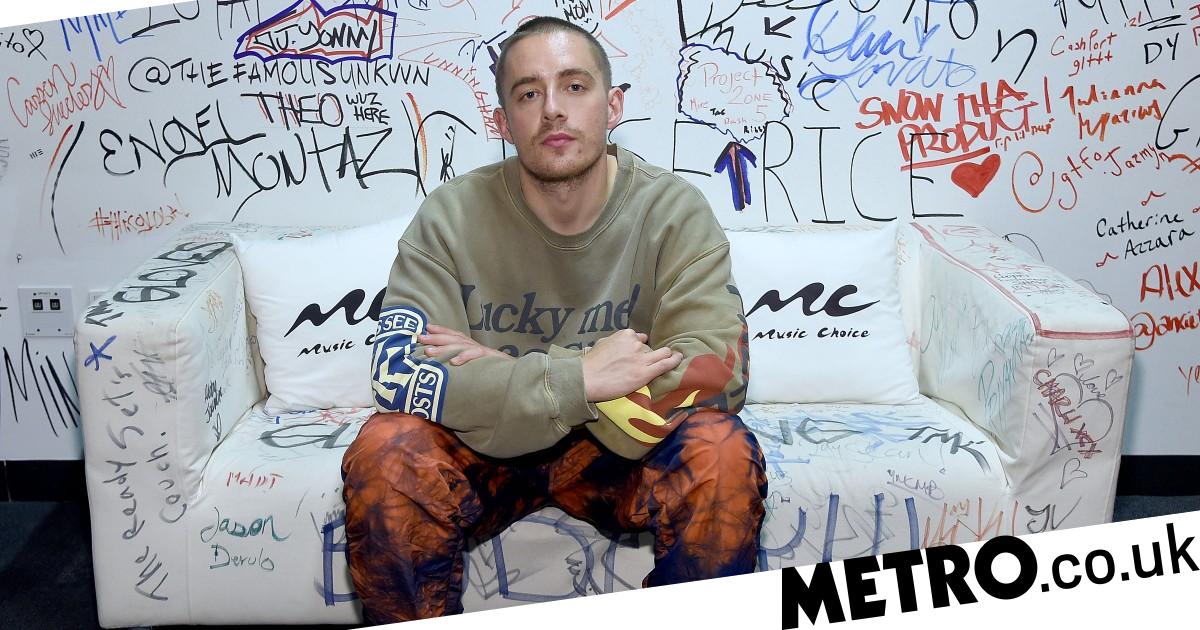 Dermot Kennedy might have a fan in Taylor Swift, but he’s careful to respect her boundaries.

The Irish musician has enjoyed a spectacular rise to fame in recent years, with his tracks Outnumbered and Giants seeing chart success across Ireland, the UK and Europe.

Dermot has a legion of dedicated fans, including global superstar Taylor, who in 2017 added his track Boston to her favourite songs on Spotify and in a later interview described him as ‘poetic’.

Speaking to Metro.co.uk ahead of his set at the BBC Radio 1 Big Weekend, Dermot admitted he was cautious about approaching Taylor after her paise, as ‘you never want to get in the way’ of someone that busy.

‘I sent her an email at one point and we had a good sort of back-and-forth,’ he said.

‘But she’s such a giant artist. From my point of view… you want to leave people like that alone.

‘I can’t even imagine how busy her life is, so you never want to get in the way I think.’

As an artist rapidly making a huge name for himself, particularly in his native Ireland, Dermot has been able to link up with other major names, with one highlight being his jaw-dropping Natural History Museum performance with Paul Mescal in 2020.

With the world in lockdown and ordinary gigs an impossible feat, Dermot explained: ‘Everybody was trying to figure out how to play to people without playing to people.

‘It was hard, as an artist to go from a tour with a full production to then playing into your phone., it can be sort of deflating.’

‘So we wanted to do a live stream with a proper production and it just escalated.’

The final product saw Dermot and Normal People star Paul put on a performance in London’s Natural History Museum, which included a duet of Dermot’s hit Giants and Paul reading pieces of poetry between songs.

‘Our main thing was that there wasn’t going to be a crowd, and so we needed something to happen in those gaps,’ Dermot recalled.

‘So I thought of Paul because he’s such a great actor and he would be able to take the idea for a song, whatever that is, and sort of expand on it.

‘It was unbelievable to have an actor like that. I’ll bring those ideas forward in a song but all I can do is sing them, I can’t present them in any way like that. It was a really cool thing.’

Dermot added that he ‘didn’t know [Paul] beforehand, he was just having such a moment… I just think he’s brilliant at what he does.’

‘If anything, if I’m any kind of name now that’s one of the most exciting things about it, that I can do things like that with such talented people.’

He admitted that it was difficult to keep up the momentum of his success when the world shut down for essentially two years, and was afraid of losing what he had worked so hard for.

‘I had built up so much and worked so hard to get to a certain point and I was scared of it falling back,’ he said.

‘We just did as much as we could. It meant me being more active on social media and being more available to people.

‘When I’m on tour I go into a bubble… but I had to be a bit more available because I wasn’t willing to lose that momentum. It feels nice to be back now.’

Things like social media and Spotify Discover have helped fans find Dermot’s music in ways that didn’t exist just a few years ago, which Dermot is grateful for – but admits there are ‘upsides and downsides’ to this new era.

‘It’s been huge for me in the sense that it’s helped me build a fanbase and helped me start a career,’ he said.

‘But I also thought it was huge last year that Adele got the automatic shuffle taken off [Spotify], I thought that was massive.

‘I want that stuff to stay important.’


MORE : Taylor Swift speaks about being ‘publicly humiliated’ in career while accepting honorary doctorate from NYU

Eurozone inflation set new record in May, rising to 8.1%

Trudeau vows to punish ‘bloodthirsty regime’ in Iran amid…

Graham Norton reveals how Harvey Weinstein demanded to be on…