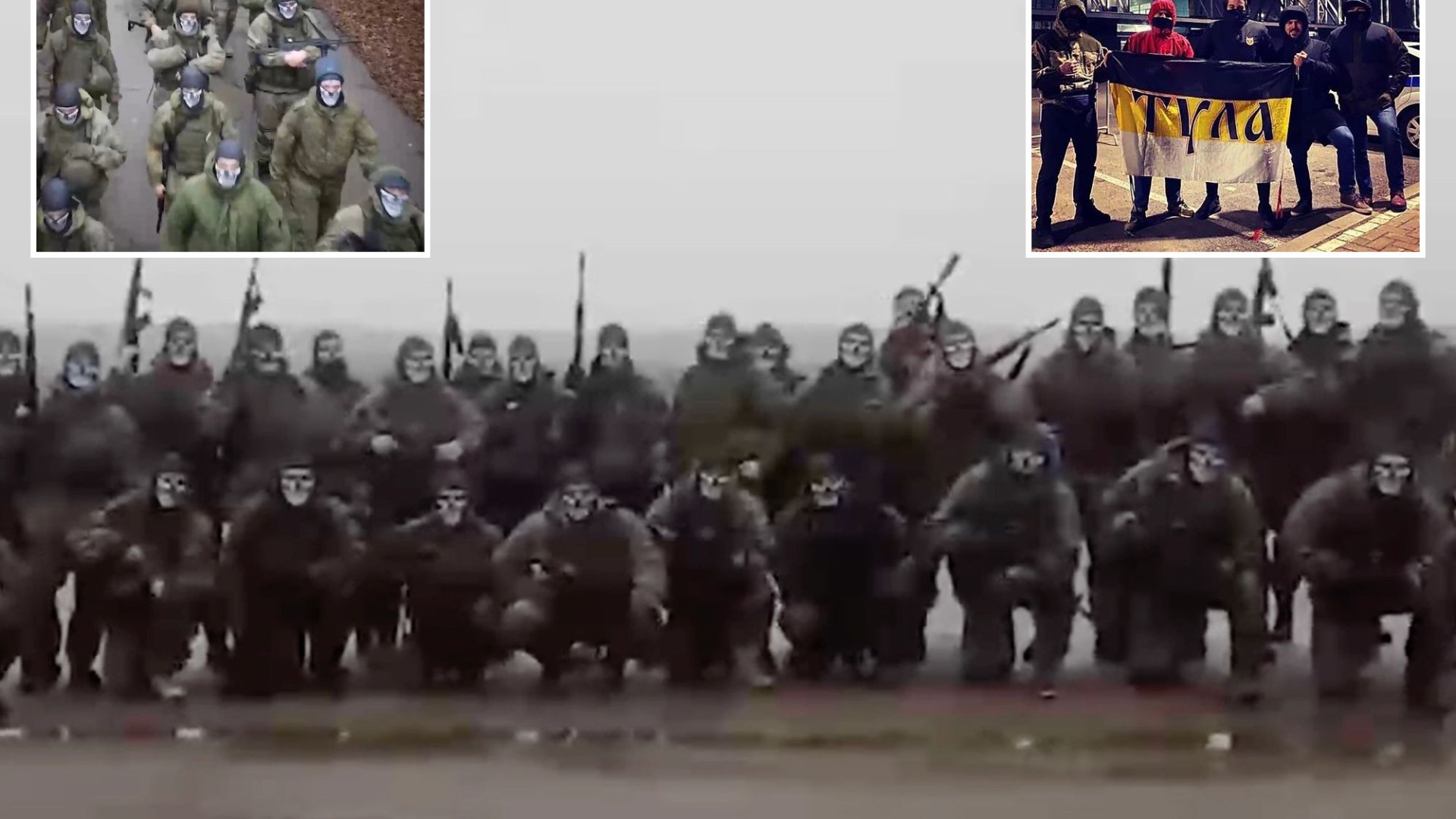 RUSSIAN football hooligans are set to become cannon fodder for Vladimir Putin who is desperate to replenish numbers on the battlefield.

The notorious fans have been allegedly mobilised into the 106th guard division of airborne forces, ready for deployment, following reports the Kremlin could lose more than 100,000 troops before Christmas.

He said: “Russia could lose a hundred thousand of its soldiers…and only God knows how many mercenaries, by the end of the year.”

The once-football hooligans are expected to fill the gap and are ready to defend their motherland according to Readovka.

Footage shows about 36 ultra fans marching and undergoing war drills as they prepare for the grim battlefields in Eastern Ukraine. 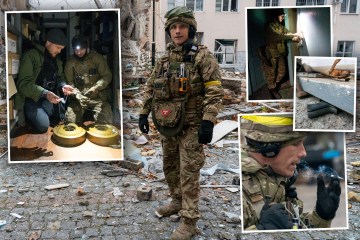 They are seen wearing skull facemasks pack marching down the road and firing rifles at practice range.

Reports suggest some of the men are from Tula, 125 miles south of Moscow, where FC Tula Arsenal plays.

No identities were given of the supposed draftee hooligans.

Ukraine military claims 89,000 troops have been killed so far.

But Putin has conscripted 300,000 reservists to boost his disastrous war in Ukraine.

And thousands of prisoners have been set free to fight as “cannon fodder” alongside the Wagner private army.

Separately, Putin has drafted in 250 prisoners to man Russia’s biggest tank factory as he runs short of military firepower in Ukraine.

The criminals will be sent to the Uralvagonzavod plant in the Urals following a barrage of complaints from officials that it has failed to produce key arms on time.

They will be deployed as machine operators, turners, millers, electric welders, and crane operators, said The Moscow Times.

The plant is working round the clock in support of Putin’s war effort, yet still failing to provide the numbers of tanks he wants.

Russia has lost huge numbers of tanks in the Donbas and its failed invasion to grab Kyiv.

Medvedev – deputy head of the Kremlin’s security council – was in October sent by Putin to the Uralvagonzavod Corporation, in Nizhny Tagil.

He said: “We discussed ways to speed up the deliveries of hardware to the troops for using them in the special military operation and to eliminate the existing problems.”

Several red flares were lit by supporters at his funeral.

While it is unknown what effect the hooligans will have on the battlefield, the Russian ultras do have a reputation for brutality.

One football nut is known as the ‘Star of Marseilles’ after spending several months in jail for a bloody clash with England supporters during the Euros in 2016.

One of Russia’s most vicious football fans predicted the atmosphere of the Euro 2020 would be dull due to hooligans having to stay home.