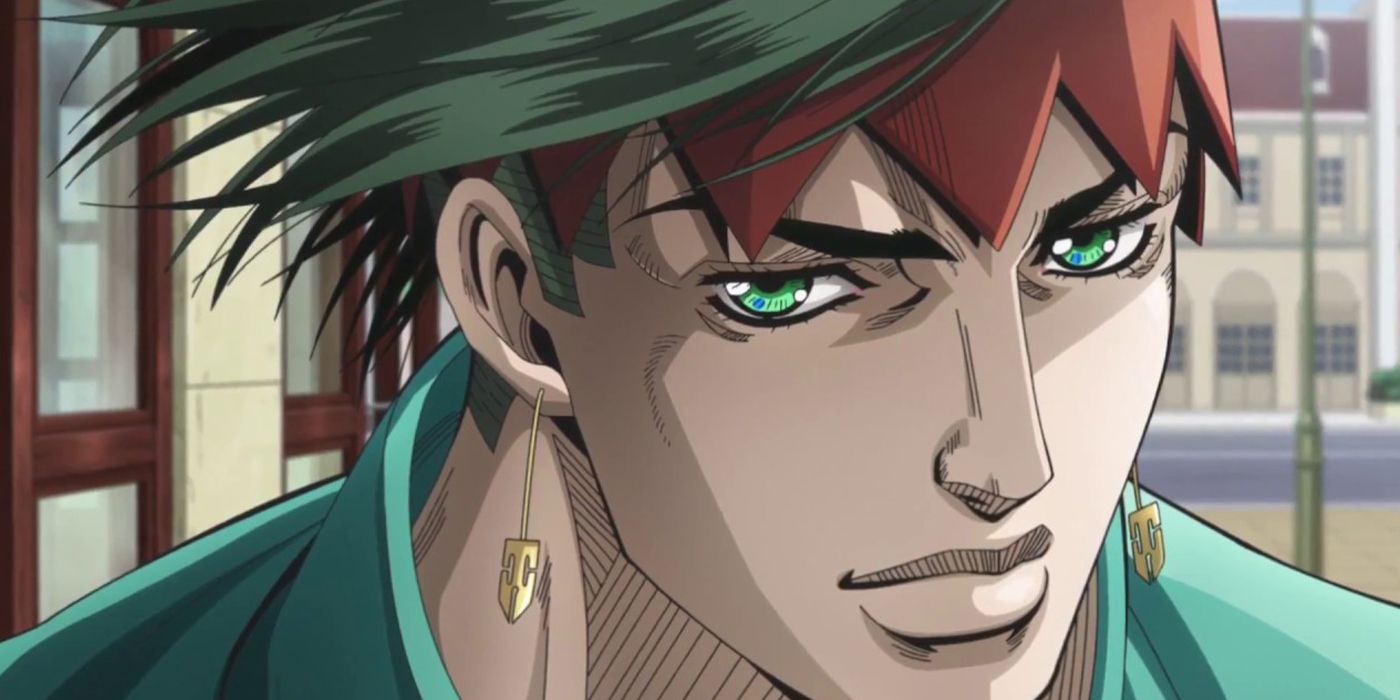 The new art appears in Detective Conan‘s 101st collected volume and was shared online by Twitter user Weekly Shougakukan Edition. The volume, which was released in Japan on April 13, features a portrait of Rohan Kishibe, a character that was originally introduced in Jojo’s Bizarre Adventure’s fourth part, Diamond is Unbreakable. Kishibe is said to be one of Jojo creator Hirohiko Araki’s favorite characters, and it appears that Aoyama shares a similar affection for the Stand user, who is also a manga author.

In addition to his initial appearance as an antagonist in Jojo’s Bizarre Adventure, Kishibe appears as the main character in his own spinoff series, Thus Spoke Rohan Kishibe, which is written and drawn by Hirohiko Araki himself. The spinoff series began in 1997 and has released new chapters intermittently in the decades since, with its ninth and most recent chapter, “Hot Summer Martha,” being released on March 19, 2022. Aoyama states that his favorite episode from the series is “Millionaire’s Village,” which sees Kishibe traveling with his editor to a secluded mountain village where she intends to buy some property.

Jojo’s fans who want to see another different take on Kishibe can also check out the live-action adaptation of Thus Spoke Rohan Kishibe, which was recently made available for streaming outside of Japan thanks to the RetroCrush streaming service. RetroCrush is now streaming the first three episodes of the show, the first of which is an adaptation of the “Millionaire’s Village” story. The anime adaptation, which is produced by David Production, the same studio behind the main Jojo’s Bizarre Adventure TV series, is available for streaming on Netflix.

Detective Conan, meanwhile, is gearing up for the impending premiere of the long-running mystery franchise’s 25th film, Detective Conan: The Bride of Halloween. The movie will premiere in Japan on April 15. The previous movie in the series, The Scarlet Bullet, was released in Japan in 2021 and was the third highest grossing film in the region for the year, ranking behind Evangelion 3.0 + 1.01: Thrice Upon a Time and Jujutsu Kaisen 0. Since its premiere in 1994, Detective Conan has become one of the most popular anime and manga franchises ever created, with Aoyama’s manga achieving a worldwide circulation of over 250 million copies.

The Detective Conan/Case Closed anime is available for streaming on Crunchyroll. The original manga is available in English from VIZ Media.

Maggie and Negan’s Relationship in the Upcoming TWD Spinoff, Revealed

Michael is one of CBR’s Anime News Editors, a Link main in Smash Bros., and once tried to eat 100 tacos in one sitting (He tapped out after about thirty.) After working for several years as a writer and copy editor for companies like an advertising agency and a music label, Michael has come to CBR to pursue his true passion: sharing his love for giant robots and collectible monsters.