Did ‘No Tim Allen’ really hurt Pixar’s ‘Lightyear’ at the box office? 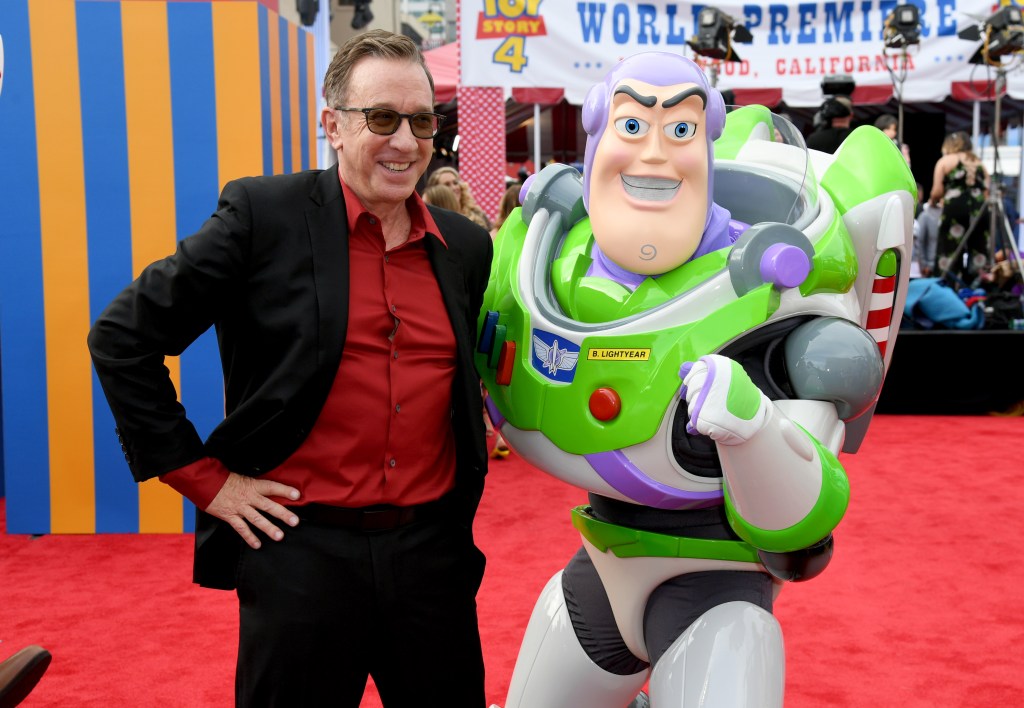 Conservatives on Twitter got the phrase “No Tim Allen” trending Monday as they explained how they’re probably responsible for why “Lightyear” might have had a disappointing opening at the box office this weekend.

They repeated their allegations that the comedian’s conservative politics were responsible for his absence from the new film. Allen had voiced Buzz Lightyear in four previous films, but wasn’t asked to reprise the role in Disney and Pixar’s latest entry into the “Toy Story” saga.

They also argued that the “woke” animated feature suffered at the box office because it features a kiss between two lesbian characters. The film, with its $200 million budget, earned only $51 million this past weekend.

Industry analysts, however, told Variety there are more mundane, non-political reasons that “Lightyear” struggled. The film’s producer Galyn Susman and Berkeley-based director Angus MacLane pushed back against claims that Disney had nefarious intent in replacing Allen with Chris Evans, an outspoken liberal star who is most famous for playing Captain America in Marvel films that have grossed more than $1 billion worldwide.

In a report, Variety agreed that “Lightyear’s” “lackluster” ticket sales were “confounding,” in part because Pixar has long been box office “royalty” and because the film landed “decent” reviews.

However good the reviews, they weren’t “euphoric,” Variety noted, and the film had a confusing premise, Variety writer Rebecca Rubin said. The Buzz in “Lightyear” isn’t the mirror image of the iconic toy figure from four prior “Toy Story” movies. He is instead presented as the cinematic inspiration for that toy.

“Lightyear” only has “a tenuous connection” to the movies in the “Toy Story” franchise, Rubin wrote. Director MacLane called the film a “side-quel,” which means it can’t rely too much on people’s nostalgia for the original “Toy Story” storyline.

Other challenges Disney faced is that family audiences have been largely absent from movie theaters during the COVID-19 pandemic and have only returned to movie theaters “in fits and starts,” Rubin said. Meanwhile, Disney spent the last two years putting Pixar movies, such as “Soul” and “Turning Red,” directly on Disney+, which may have inadvertently conditioned people to expect to see the animation studio’s newest releases at home.

Jeff Bock, an analyst with Exhibitor Relations, told Rubin that “Lightyear” has all summer to “play out.” “If a film catches fire, people are going to go see it,” he said.

One Allen colleague who wasn’t dazzled by Evans’ performance, based off the trailer, was actor Patricia Heaton, who last week tweeted that it “castrated” a beloved character.

“Saw the trailer for Buzz Lightyear and all I can say is Disney/Pixar made a HUGE mistake in not casting my pal @ofctimallen,” the “Everybody Loves Raymond” star wrote. “Tim Allen in the role that he originated, the role that he owns. Tim IS Buzz! Why would they completely castrate this iconic, beloved character?”

A few commenting on the Variety story complained that it, like “Lightyear,” was “woke” because it avoided “the truth” of why the movie “flopped.” They lashed into the article’s failure to address online complaints about the Allen/Evans casting or the lesbian kiss. “I think parents refused to send their kids because of the LGBT content,” someone wrote.

Others have praised Disney for presenting diversity on screen with the kiss, which is between Buzz’s commander, Alisha Hawthorne (Uzo Aduba), and her wife, both of whom are Black. “It’s the briefest of smooches, and it almost wound up on the cutting room floor,” wrote Bay Area News Group film correspondent Randy Myers.

Whether it’s true that the kiss was too much for some audiences, there is no evidence that Allen was penalized by Disney for his politics, or that he is a victim of “cancel culture,” according to Snopes.com. In addition to the fact that Evans is playing a different iteration of the Buzz Lightyear character, Allen and Disney are working together on an upcoming TV series based on his “The Santa Clause” movies.

Evans also paid homage to Allen when it was announced in December 2020 that he was cast in the movie but that his character would be would be different than Allen’s, Yahoo reported.

On Instagram, Evans wrote, “Since Tim Allen is Buzz Lightyear, and no one could ever touch his performance, I needed to know how this character was different and why this story was worth telling. I can say 2 things with absolute confidence: 1. I didn’t stop smiling through the ENTIRE pitch. Ear to ear. 2. Everyone can rest easy. And get very excited.”

Inside the Beltway: A new book on Clarence Thomas