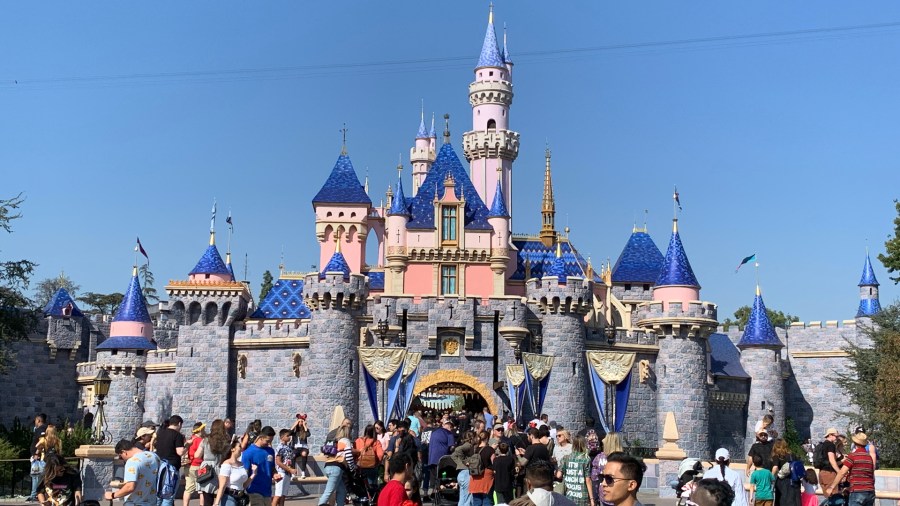 The Disneyland Resort is filled with magic – including some that is hidden from guests.

Parkgoers can walk through almost any part of the theme park during their visit, from Sleeping Beauty’s Castle to “The Wildest Ride in the Wilderness,” but some areas have a “restricted to the public” spell cast over them.

Rumor has it that there is a basketball court in the famed alpine adventure ride.

Walt Disney wanted the mountain to be a certain height, but the City of Anaheim had restrictions on a structure’s length unless it was a sports facility, according to Travel and Leisure.

To bend that rule, Disney decided to build a basketball court in the attic of the ride to comply with the city’s guidance while also having the height reach his expectations. The mountain is 147 feet tall, according to the Disneyland website.

Designed initially for Walt and Lillian Disney, the exclusive 2-bedroom apartment above the Pirates of the Caribbean attractions is available to parties of 12 for $15,000.

Guests who reserve the suite will be escorted to the esteemed residence by cast members on the eve of their visit, according to the 21 Royal website.

According to Family Vacation Guide, the reservation will also include park admission, valet parking service, a butler, and a seven-course meal.

Walt Disney loved trains during his lifetime, so much so that he even had one in his backyard.

The Lilly Belle Car, named after his wife, Lillian, is a private car known to transport VIP guests around the park. The car received a little extra pixie dust since it’s decorated with “leather, velvet, mahogany, and glass, complete with armchairs and marble tables,” according to the Duchess of Disneyland.

This car is the last remaining from opening day.

A few guests may have the opportunity to ride in the historic train car if they get to the park at 7 a.m., which is an hour earlier than its scheduled opening at 8 a.m.

According to Disney Dose, the first 14 people in line at the Main Street, U.S.A. Train Station may ride in the famed cart. The train conductor will share if the Lily Belle Car is available for the day.

Disney used to offer a Grand Circle Tour that explained Walt Disney’s love of trains and concluded with a quick trip on the Lily Belle Car. However, that offering is temporarily unavailable, according to the Disneyland website.

Anyone can see where Walt Disney’s apartment is, but only a few will be able to go inside It. The apartment, which is located right above the Disneyland Fire House station, can be identified by the lone lamplight shining through a window overlooking the park.

According to Cheat Sheet, the lucky few to visit inside the iconic apartment have said it’s tiny, measuring about 500 feet. The apartment doesn’t have a bedroom but only a kitchen, bathroom, family room, and a wooden desk, which Walt used to complete his work.

The Disneyland Resort used to host the “Walk in Walt’s Disneyland Footsteps” guided tour, which included a visit to the apartment but has temporarily stopped offering it.