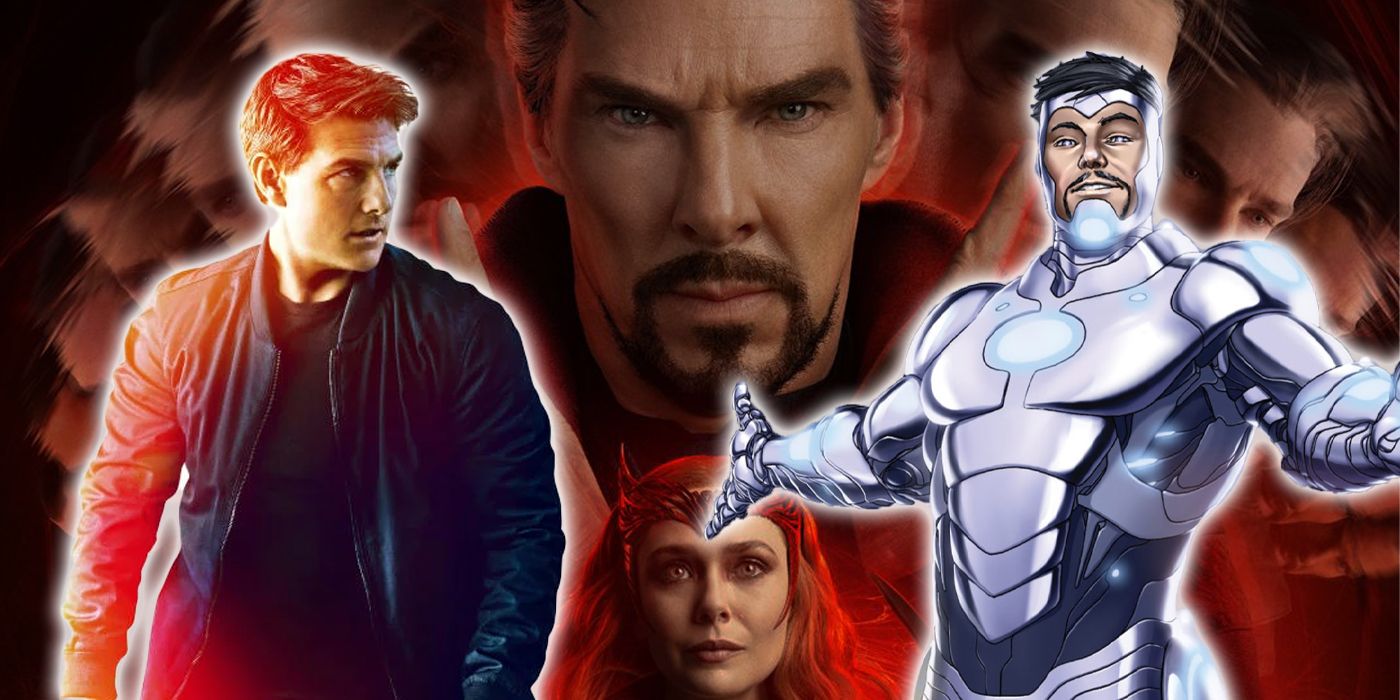 Industry insider KC Walsh casts doubt on Tom Cruise’s Superior Iron Man being in the Doctor Strange sequel, indicating he won’t be present at all.

A new report shoots down the potential of having Tom Cruise’s Superior Iron Man in Doctor Strange in the Multiverse of Madness.

When the first official trailer for the upcoming Marvel Cinematic Universe film released, fans were convinced that Cruise could be seen as the Superior Iron Man in the trailer. The movie is rumored to feature variants of fan-favorite characters, though the full roster of who exactly will appear remains to be seen. However, according to industry insider KC Walsh on Twitter, Cruise will not be suiting up as a Tony Stark variant in the film.

Responding to a fan asking how many minutes of screen time Cruise’s Iron Man will have in the film, Walsh posted a GIF of United States President Bill Clinton saying, “ZERO.” This may come as disappointing news for those who were hoping that the character will appear. Superior Iron Man is a version of Tony Stark that embraces his worst impulses and becomes a darker version of himself, a story that is told in writer Tom Taylor and artist Yıldıray Çınar’s limited Superior Iron Man series.

There is a powered-up character visible in promotions for Multiverse of Madness, and due to Cruise’s history with Iron Man, many speculated that the actor was finally getting his chance to become the tech billionaire-turned-hero onscreen. Cruise expressed interest in playing Iron Man back in 1998, though the role went to actor Robert Downey Jr. for 2008’s Iron Man and following installments in the MCU. Of course, Downey’s portrayal of the character ended with Avengers: Endgame when Stark sacrificed himself to defeat the Marvel villain Thanos and his army.

RELATED: Doctor Strange 2 Writer Says the Multiverse Is the Film’s Emotional Center, Not a Plot Device

Even if moviegoers will not see Cruise’s Iron Man, there are other speculated characters that fans believe will appear in the film. Some reports suggest that heroes like actor Ioan Gruffudd’s Mr. Fantastic from the Fox Fantastic Four duology and a new Wolverine other than actor Hugh Jackman’s will be present. The one character to have visible evidence of appearing is Sir Patrick Stewart’s Charles Xavier/Professor X, who seemingly appears in trailers and promos for the movie. There will also be more than one variant of Doctor Stephen Strange (Benedict Cumberbatch), with one believed to be Strange Supreme from the What If…? series on Disney+.

Though Doctor Strange in the Multiverse of Madness has been banned in countries like Egypt and Kuwait over LGBTQ+ content, the film is set to hit theaters on May 6, 2022.

Stripe tells staff IPO may happen within a year