Doctor Who: What BBC show means to LGBTQ+ fans 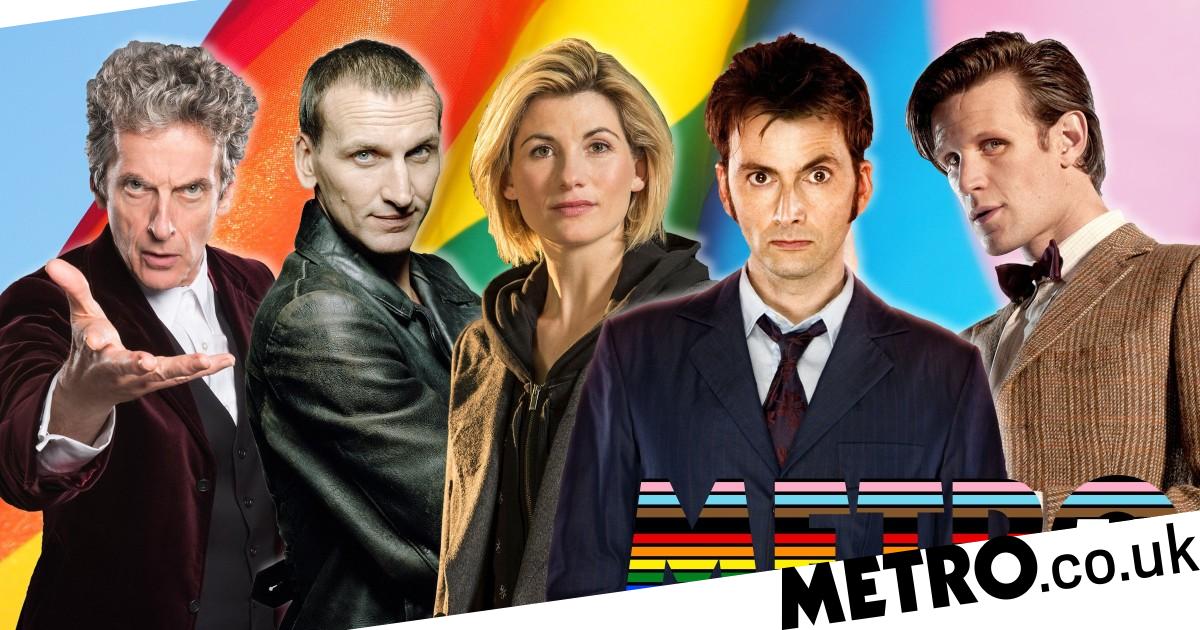 Even before the reign of showrunner Russell T Davies beginning in 2005, Doctor Who has had plenty of LGBTQ+ representation.

The beloved BBC sci-fi has given us just about every adventure we could have imagined throughout time and space and, unlike many other shows, LGBT characters have been a big part of that.

And, while Doctor Who has often in the past included less explicit LGBT moments and characters, the introduction of Pearl Mackie’s Bill, the romance between the 13th Doctor and Yaz (Mandip Gill) the casting of Heartstopper’s Yasmin Finney, and the new podcast Doctor Who: Redacted have shown why the LGBT community resonate with many of the stories.

As part of Metro.co.uk‘s Pride Week, we chatted to some of Doctor Who’s LGBT fans about why the series means so much to them.

The moments that meant the most

Reginald, 25, has been watching Doctor Who since 2007, first getting hooked on the wildly popular series three episode Blink.

He told us: ‘The first time I actually saw the LGBT representation was when Captain Jack Harkness (John Barrowman) kissed the Doctor and they would often talk about him being attracted to both men and women, which I always thought was cool.

‘At the time I didn’t fully understand it cause I was just a kid, but I remember always enjoying seeing him onscreen, in case there was another cheeky kiss scene! I just remember loving the idea of how normal it is in the show and it kind of made me think that there was hope in the future because of how Jack would talk about how in the future they didn’t care for genders (or species!) which he mentioned in an episode of Torchwood.

However, it’s sometimes the more subtle moments that are the most memorable.

‘The moment that resonated with me the most was at the final moments of David Tennant’s run as the Doctor, he gave Jack a note, introducing him to Alonso (Russel Tovey),’ Reginald continued.

‘I think it’s probably because I fancied Tovey and didn’t realise he was a gay character until my third re-watch of the show. They were so subtle with it that my child mind couldn’t comprehend it!’

Spencer, 25, has loved the show since they were about 10, when series three was airing. It’s the moments where the Doctor talks about gender that they’ve remembered the most.

‘I could talk about how much I love Bill and Yaz for the sapphic and POC rep they brought to the show but there’s a more subtle moment that struck a chord in me first,’ they told us.

‘There’s this moment in series four, episode two, where the 10th Doctor (David Tennant) is told, “No man is allowed in the Temple of Sibyl” and he just replies with “Ah that’s alright, just us girls”. It’s almost used as a clarifying comment rather than a comedic moment. No one corrects him or fights him or laughs.

‘The Doctor just carries on talking. When I saw that my 11-year-old brain started thinking, “The Doctor feels like a girl and a boy?”. It definitely awoke some internal questions about gender and gender expression. Years later I get a Tumblr account and discover that loads of other people felt that way about that moment too.’

Ella, 28, been watching Doctor Who for as long as she can remember. After she came out as transgender last year, she discovered a huge community of LGBTQ+ Whovians.

She told us: ‘The Doctor regenerates – and each time, a new and quirky part of their personality is outwardly projected in their style and mannerisms from cool bow ties with Matt Smith, funky scarves with Tom Baker, and brightly coloured coats and trousers on Colin Baker. That’s very queer in itself!

‘The Doctor has never conformed to heteronormative standard’s of style and expression which is celebrated all over the world, and we absolutely love it!’

She added: ‘It’s the recent announcement of Russell T Davies’ return, along with the casting of Ncuti Gatwa and Yasmin Finney [that means to the most to me].

‘Growing up, I never really saw any great queer or trans representation on TV. The trans character was always the evil one, or the one being laughed at or seen as someone to be disgusted at.

‘Now, seeing an openly gay writer (from my home city), along with Ncuti from Sex Education (one of the best LGBTQ series to date), as well as Yasmin Finney, a trans woman (from another incredible LGBTQ series), I will definitely be watching again!

‘It will allow so many to see themselves on TV in a great way. LGBTQ actors and writers will give so many hope for a more inclusive and visible future. Doctor Who is the longest running science fiction show in the world, and is a huge part of the UK’s modern history, and for me to see myself in the writing as well as the characters – well it feels amazing!’

Will, 24, is also a huge fan of the classic series of Doctor Who. For him, it’s the ‘casual but affirming’ LGBT representation helmed by Russell that made all the difference.

‘I have noticed LGBT representation in the revived series since I was very small, before I knew that I was gay,’ he explained.

‘Russell T Davies made sure to put in casual but affirming depictions of LGBT relationships and people.

‘Three particular moments/story arcs stand out for me. The first is the companion Bill’s relationship with Heather (Stephanie Hyam) in series 10. Unlike many other depictions of sapphic relationships, this one had a happy ending. Bill and Heather were unapologetically and unambiguously queer.

‘The second is in the series 12 story Praxeus. The episode’s sub-plot focused on the troubled marriage of two men, an astronaut and a police officer. The marriage is depicted as strained, however it is made clear that this is not due to them being gay. Ultimately, the two are reconciled and kiss in the Tardis. I appreciate how the men are shown as accomplished and not defined by their sexuality.

‘Lastly, how could I forget Thasmin? [13th Doctor and Yas]. Although I feel it has not got the full development it deserved…it’s making strides in representation, and is p**sing off all the right people.’

The future of Who

So where can Doctor Who go with LGBT representation now?

‘Superficially I’m hoping River Song (Alex Kingston) gets to meet her wife in 13’s last episode but beyond that I just hope that the show’s characters and casting continues to reflect the world we live in,’ Spencer reflected.

‘I get made fun of for being such a huge fan of Doctor Who and I think it’s because people just think it’s some nerdy science show, so I’d like people to understand that it means so much more than that to a lot of people!’

Reginald added: ‘With the new season coming ahead and with Russell T Davies returning, I understand it will probably be more queer orientated.

‘My only wish is that it doesn’t take it away from the science fiction and the magic that is Doctor Who. I understand that back in 2007 it had to be a bit more subtle with its queer messages, and now there are more opportunities to do more, but I just really don’t want a queer relationship for the Doctor.

‘I don’t want the Doctor to have a romantic relationship period. Let’s stick to them saving the universe and his companions being their best friend. I enjoyed the LGBTQ+ moments in the early years because they were nice, sweet and subtle moments, so much that they felt normal and natural.

‘I feel like when they poke too much attention to it, it ruins it and makes us feel different from everyone else when I would love to just feel like we’re all in the same bubble, fighting monsters and defeating the Daleks together!’

‘I hope we can get more trans representation in Doctor Who,’ Will said.

‘Trans people are being horrifically vilified at the moment, and I want trans kids to know that there is nothing wrong with them and they are deserving of great things. Luckily, this will almost certainly happen thanks to Russell T Davies casting Yasmin Finney.

‘I want people to understand that Doctor Who is a show about finding adventure, doing the right thing and bringing out the best in yourself.’

Ella added: ‘I’m sincerely hoping this will change people’s minds on a lot of things. Currently, transphobia is rampant in the UK, with misinformation being spread and a lot of fear mongering.

‘I’ve been told by many that I’m the only trans woman they know (or rather, think they know!), but now, everyone can see us on their televisions telling great stories, week in week out. People will see that despite what they’ve been told by various people on social media and news platforms, we are here in society, we are beautiful, we are valid, and we are who we say we are!’

Doctor Who returns to BBC One this autumn.

‘We thought it was over’ after Roe v. Wade ruling