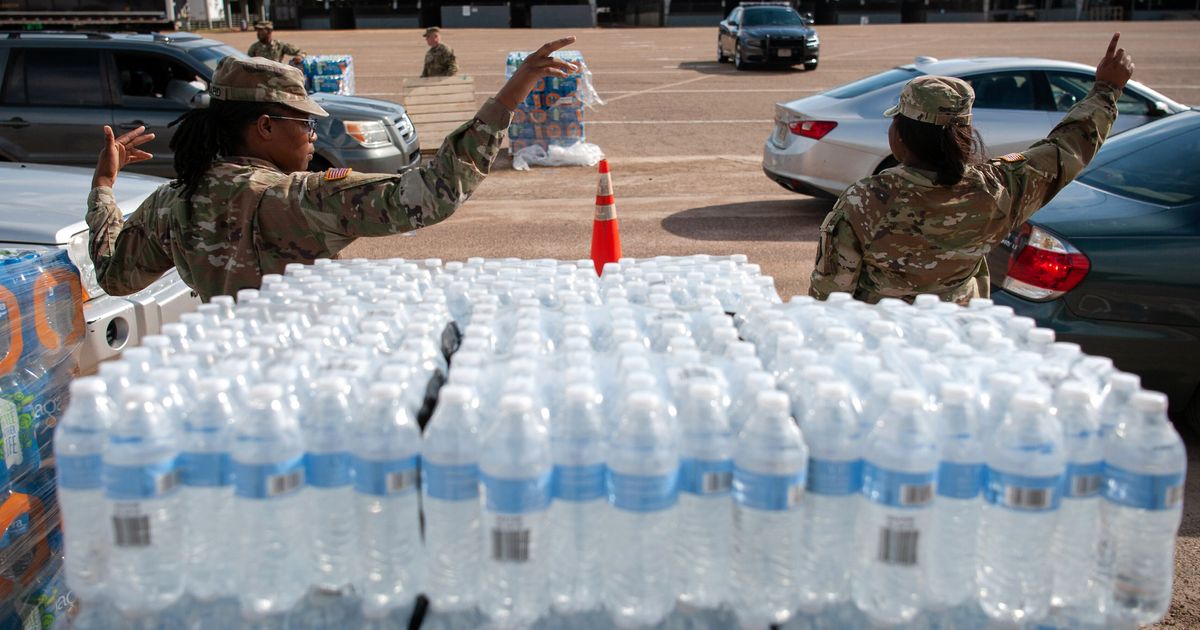 In response to the drinking water crisis in Jackson, Mississippi, the U.S. Department of Justice announced a set of legal actions Tuesday that it hopes will result in an interim third party coming in to address lingering concerns.

The DOJ’s actions Tuesday were twofold: It filed a complaint on behalf of the Environmental Protection Agency accusing Mississippi’s capital city of violating the Safe Drinking Water Act, and it filed a proposal in federal court asking for permission to appoint a temporary third-party manager in charge of stabilizing and improving the city’s drinking water system.

Both the city and Mississippi’s Department of Health agreed to those terms, and the appointment now awaits court approval.

“Today the Justice Department is taking action in federal court to address long-standing failures in the city of Jackson’s public drinking water system,” Attorney General Merrick Garland said in a statement. “The Department of Justice takes seriously its responsibility to keep the American people safe and to protect their civil rights. Together with our partners at EPA, we will continue to seek justice for the residents of Jackson, Mississippi. And we will continue to prioritize cases in the communities most burdened by environmental harm.”

The third party would have the authority to take charge of Jackson’s drinking water operations; implement capital improvements to it, such as winterization projects that would make it less vulnerable to storms; and correct conditions that could lead to future problems.

The DOJ’s actions come about a month after the EPA declared that water from both of the city’s water treatment plants was safe to drink. Though the city lifted its boil-water advisory in September, weeks after the crisis first began unfolding, and the state stopped giving out free bottled water, residents continued to run discolored water that smelled of sewage. Authorities also advised in September that pregnant women and young children should still use bottled water because of the high lead content in some of the pipes following the storm.

The ordeal sparked conversations about the systemic racism at play in such a crisis. After the city began integrating its schools, white families fled for the suburbs, causing a drop in the population that resulted in less money for maintaining infrastructure. As conditions declined, middle-class Black families left too, compounding the problem.

Reeves, the Republican governor, has blamed the city’s Democratic Mayor Chokwe Antar Lumumba for the crisis, and joked in September about how happy he was to not spend time in Jackson. But pressure is mounting on the governor to acknowledge the state’s role in preventing and addressing such disasters.

Last month, members of Congress, including Mississippi’s Rep. Bennie Thompson (D), sent a letter to Reeves asking him if he’ll revise his spending plan for the $75 million his state is set to receive through the bipartisan infrastructure bill. Under Reeves’ plan, none of that funding would go to Jackson, which is in dire need of such funds to fix its aging water system.

“We urge you to take action to protect the health and safety of Jackson residents and direct funding to Jackson immediately to fix this life and death issue,” the letter told Reeves.

I hated sport at school. But now I embrace my middle-aged body and love it.