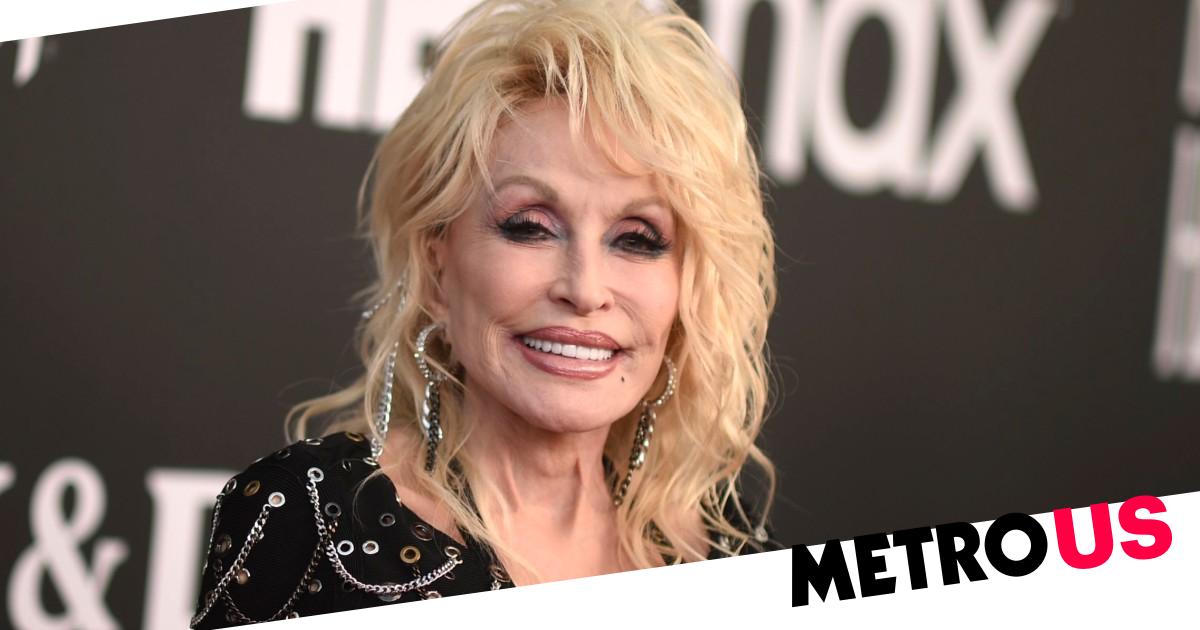 Dolly Parton is busy working on her first ever rock and roll album, and she’s got some iconic covers planned.

The 9 to 5 legend, who decided to put together a guitar-heavy collection after being inducted into the Rock & Roll Hall of Fame this year, has now revealed she is recording a version of Sir Elton John’s classic Don’t Let The Sun Go Down On Me.

As if that wasn’t enough to get everyone excited, Dolly also admitted she’s sent a message to the Rocketman star to try and get him to join her on the track.

‘I just recorded, for my rock album, I did his song Don’t Let The Sun Go Down On Me. I’ve sent out a message asking him if he would sing with me on it and possibly play the piano,’ she told BBC Radio 2’s Zoe Ball Breakfast Show.

We didn’t realise we needed this in our lives until now, but now we’ll never be able to stop thinking about it.

Dolly also offered some tips to Sir Elton before his huge Glastonbury headline show next summer as she reflected on her own experience at the festival back in 2014.

‘Tell him to enjoy it, because it was great fun for me,’ she added, admitting she had no idea what to expect and wasn’t sure if her music would suit a huge outdoor gig.

Dolly is hoping to grace us with her rock era in late 2023, and it’ll be a mix of ‘classic rock songs’ and ‘a few’ new tracks, with the Jolene hitmaker still penning new lyrics whenever she can.

‘I do still write because that’s just something I can’t help doing. I don’t get the opportunity to think, “OK I’m taking two weeks off to go to my Smokey Mountain ranch to write songs,”‘ she explained.

‘But things just come to me, so I’m always writing something down, even when I’m putting on my makeup in the morning.

‘I always keep a notepad somewhere close by, so I’m jotting stuff down. Then when I do get an opportunity, I’ll finish it up. But I’m not writing near as much as I used to.’

Now, Dolly is looking forward to Christmas, noting that as well as the church services, her family’s festive season revolved around cooking, spending time together, and getting gifts.

‘They were homemade, but they were fun, it doesn’t matter,’ she said. ‘We kept waiting for [Santa Claus] there in the mountains. He’d often miss our place because daddy said it was so dark back there he couldn’t find us!’


MORE : Sir Elton John pays tribute to ‘beautiful’ aunt after death aged 95: ‘I loved her so much’


MORE : Dolly Parton joins TikTok in her usual iconic style, much to the delight of her fans