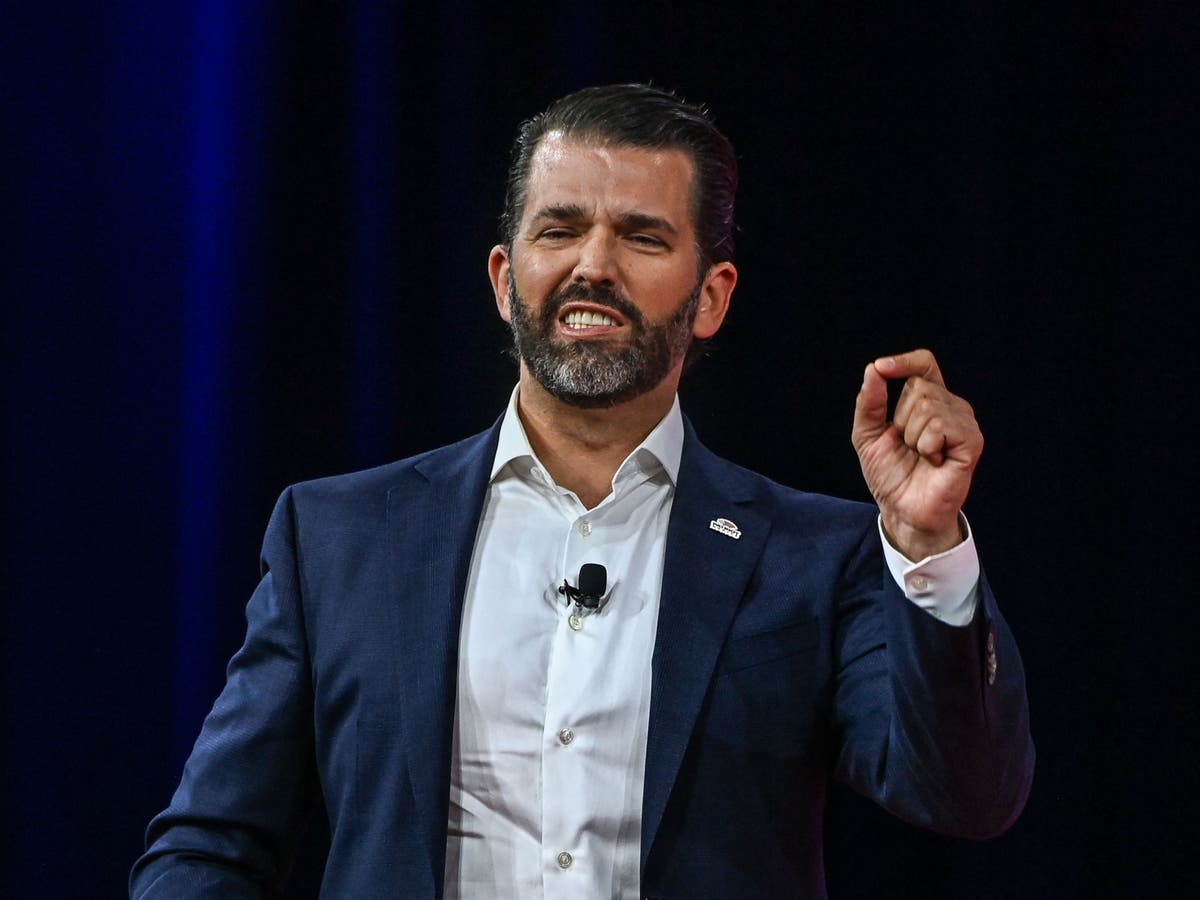 Donald Trump Jr. has praised Johnny Depp as the “first man to win an argument with a woman” after the Pirates of the Caribbean actor was awarded $10.35m in damages in his high-profile defamation case against ex-wife Amber Heard.

The eldest son of former president Donald Trump posted a meme on his Instagram page on Friday showing a photo of Mr Depp with his clenched fist held up in the air.

“Johnny Depp will always be remembered as the first man to win an argument with a woman,” the meme read.

On Wednesday, Mr Depp won his defamation lawsuit against Ms Heard after a jury of seven determined that she had defamed him on all three counts in a 2018 op-ed for The Washington Post.

In the op-ed, Ms Heard described herself as a victim of domestic abuse and spoke of feeling “the full force of our culture’s wrath for women who speak out”.

Ms Heard won one of her three counterclaims against her ex-husband, with the jury finding that Mr Depp – via his lawyer Adam Waldman – defamed her by branding her abuse allegations “fake” and a “sexual violence hoax”.

She was awarded $2m in compensatory damages but $0 in punitive damages, leaving the Aquaman actress $8.35m out of pocket.

Ms Heard described the verdict as “a setback” for women who speak up with allegations of abuse and her attorney has already said she plans to appeal.

Meanwhile, Mr Depp said the jury “gave me my life back” with the verdict.

Over six weeks, jurors heard both actors level damning accusations of domestic violence against one another in a case that captured attention across the globe and saw fans flock to the courthouse in Virginia to catch a glimpse of the dramatic trial.

In the aftermath of Wednesday’s ruling, several celebrities and public figures have spoken out – some in celebration and some in commiseration.

The former president’s son has repeatedly waded into the case both before and after the jury reached its verdict.

Last week, Mr Trump Jr was slammed by social media users for suggesting that an apparent lack of male support for Ms Heard was “telling” about the case.

“Maybe the most telling part of the Amber Turd trial is that not a single man seems to have come out in her defense saying she’s great,” he tweeted on 28 May.

He was mocked by social media users for his comments with some calling him a “court jester” and others saying “men love having a woman they can throw [their] misogyny at without any backlash”.

Once the verdict was announced, Mr Trump Jr again showed his support for Mr Depp and blasted the “insane” movement to believe women who come forward with allegations of abuse.

“Believe all women… except Amber Heard,” he wrote on social media.

“She also likely single-handedly ended the insane believe all women regardless of facts movement because she’s that terrible. Well done.”

In another post, he shared an undated photo of Vice President Kamala Harris and Ms Heard, writing “seems legit”.

Several other Republicans have also thrown their support behind Mr Depp following the verdict.

On Wednesday, the GOP House Judiciary shared a GIF of Mr Depp in his role as Captain Jack Sparrow.

The GIF was retweeted by Florida Congressman Matt Gaetz, who is under investigation by the Justice Department for sex trafficking a child.