DR MARTIN SCURR: How I wish our stoical but frail Queen would use a wheelchair! 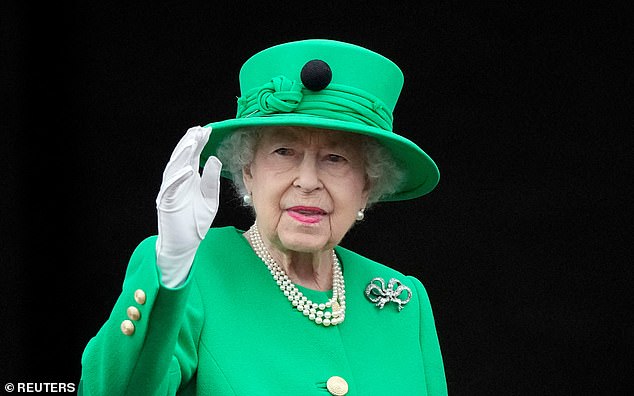 Although it might seem impertinent for a mere GP to proffer unsolicited advice to our Monarch, I feel duty-bound, respectfully and humbly, to urge this: ‘Ma’am, it is time for you to set yet another new landmark example for the nation — by getting a wheelchair.’

Amid the national outpouring of love and gratitude in the past few days for the Queen’s 70-year reign, many were saddened and worried that she was obliged to miss the service of thanksgiving at St Paul’s Cathedral on Friday, due to experiencing ‘some discomfort’ during the first day of the Platinum Jubilee celebrations.

We can only guess at what this meant — but given that we do know she is loath to cancel any planned royal appearance, it would be safe to assume that these problems were significant ones.

But could there be another way?

Although it might seem impertinent for a mere GP to proffer unsolicited advice to our Monarch, I feel duty-bound, respectfully and humbly, to urge this: ‘Ma’am, it is time for you to set yet another new landmark example for the nation — by getting a wheelchair.’

A fortnight ago, she navigated the Chelsea Flower Show in a chauffeur-driven luxury golf cart.

However, a four-seat golf buggy is so cumbersome that it can only take you inside a minority of spaces. A modern electric wheelchair could keep her mobile, active and joyfully exploring exciting places old and new.

And what’s more, it would also make an aspirational icon out of a vital mobility aid that, despite being used by 1.2million Britons, still suffers from a persistent stigma.

I speak with some insight on this matter. My brother and I bought a wheelchair for our 93-year-old mother, whose mobility is severely impaired due to osteoarthrits.

She wanted to travel from North London to see the seaside. The wheelchair enabled us to take her right along the prom, to take the air and enjoy the views.

But when we subsequently suggested we might take her around her local shopping centre, the answer was ‘No’. In short, my mum felt too embarrassed to be seen being wheeled around the shops.

She is of the Queen’s generation, and so was brought up in an era when to be sitting in a wheelchair was to be thought weak, somehow mentally impaired as well as having physical needs: people instantly talked loudly and slowly to you — if they talked to you at all. 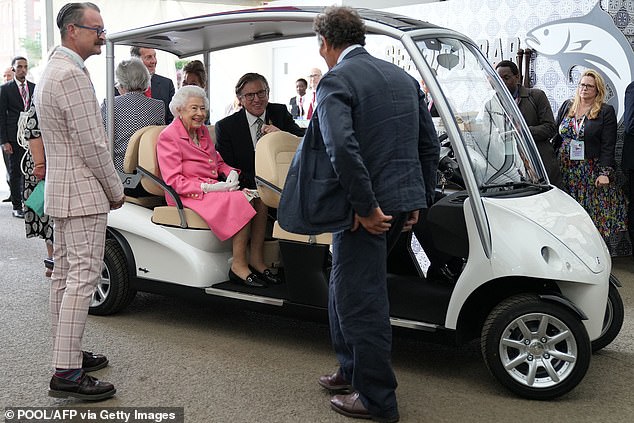 A fortnight ago, she navigated the Chelsea Flower Show in a chauffeur-driven luxury golf cart. However, a four-seat golf buggy is so cumbersome that it can only take you inside a minority of spaces

What’s more, my mother is a fellow member of the wartime generation, brought up doggedly to repel any attempt to curtail one’s freedom, in their heads a rousing Churchillian cry of ‘never surrender’.

However, having a wheelchair isn’t about surrendering. It is instead about embracing a tool for personal liberation. The nation’s younger generations know that. They have grown up thrilling to the feats of medal-winning wheelchair athletes in the Paralympics.

Go to any theatre, cinema or music venue and you will see younger wheelchair users proudly asserting their right to live as fully and enjoyably as anyone else.

But the outdated attitudes still often persist among people aged over 60, who account for two thirds of all wheelchair users.

Right now, millions more older people could be experiencing a world of freedom — a world that embarrassment and perceived stigma deny them because they refuse to use wheelchairs. Yet if they saw Her Majesty using one, how swiftly their attitudes would change. And why should there be any shame in needing mobility aids?

It’s all just a natural part of ageing — and why shouldn’t one feel proud to be old?

I see it all the time in my older patients. Orthopaedic problems and age-related loss of muscle mean that first of all they start leaning on furniture to help them get about at home.

Then it becomes necessary to use a walking stick — as the Queen did at a service of Thanksgiving to mark the centenary of the Royal British Legion at Westminster Abbey in October last year.

Since then she has proudly made the walking cane into an emotional icon — by employing her late husband Prince Philip’s favourite staghorn-handled one as a daily help.

Most recently, the Queen further elevated the walking stick as a fashion item by revealing a new marble-handled model for the Platinum Jubilee celebrations.

Those canes have even sparked healthy public discussion on the best size of stick for one’s physique and how best to use one.

Just imagine the interest that would ensue if Her Majesty appeared in a bespoke royal wheelchair.

Being out and about in society —be it on foot or on wheels — is what keeps us going, staying socially connected and stimulated by changing environments.

Ma’am, you’ve blazed a trail for seven decades — and in your tenth decade you can still lead society by taking our national traditions onwards, ever onwards. The time is ripe for a brand new royal carriage.

Canadian veterans can face a ‘recipe for disaster.’ A new police program aims to help

Call of Duty: Warzone Caldera is live, but missing key…