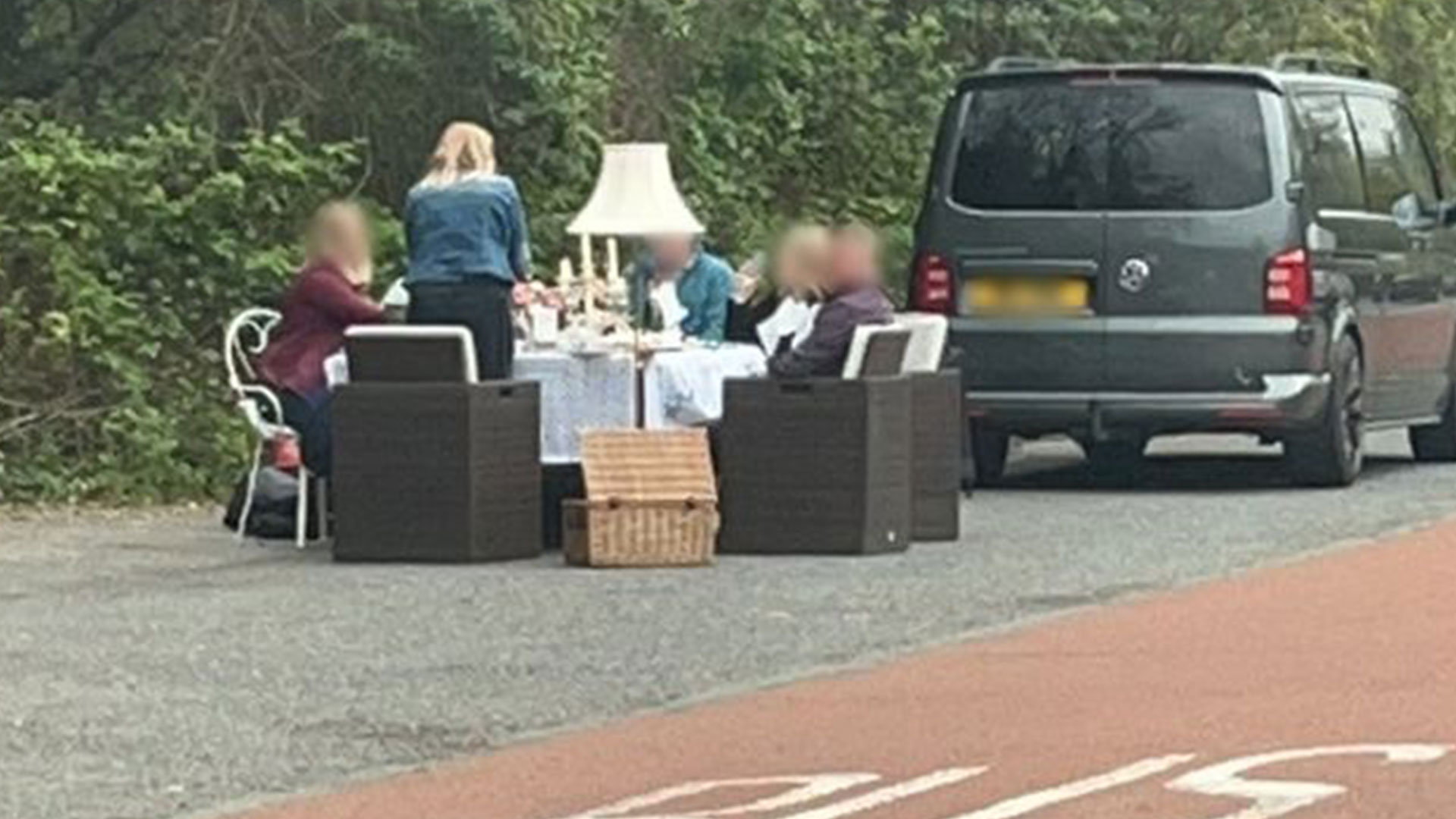 DRIVERS were forced to do a double take as they spotted a group enjoying a picnic on a fully laid dining table in a layby – complete with a lamp and CANDLES.

Stunned motorists couldn’t believe their eyes as six people boldly – and bizarrely – tucked into a spot of lunch by the side of a road in Bristol.

The unbothered group were pictured sitting behind a large grey SUV in a layby along Portway around a laid up dining table.

A wicker picnic basket can be spotted on the floor – with out of place the set up including a lamp, a table cloth and even candles.

According to a witness, he saw the group enjoying their unusual lunch at about 2.40pm on Friday, reports BristolLive.

He said amused drivers honked their horns as they passed them, with the diners turning to wave at them. 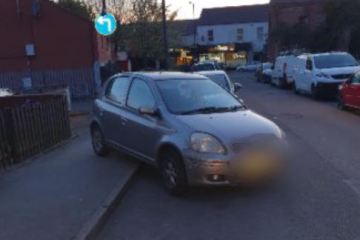 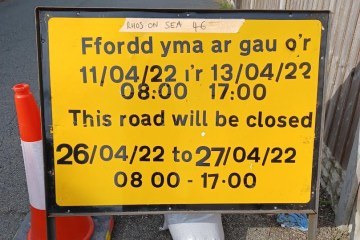 But their stop off was perhaps as smart move as drivers who are rusty on the Highway Code have been warned that they could be slapped with a £5,000 fine for eating at the wheel.

According to Rule 148 of the Highway Code, drivers must “avoid distractions when driving or riding such as…trying to read maps, starting or adjusting any music or radio…eating and drinking”.

Under the Highway Code, motorists can be penalised for driving without due care and attention but this not necessarily a black and white offence.

However, any driving that demonstrates lack of alertness to the dangers of the road, or a disregard for other road users (whether deliberate or not), could fall under this category.

These offences could not only lead to fines of £5000 but up to nine points on a driver’s license. Some motorists may even be disqualified from driving in serious cases.

It comes after a driver was shamed by police for their poor parking.

They left their Toyota Yarris facing out into the road with one back wheel on the pavement.

Officers in Walsall, West Midlands, shared an image of the vehicle online, captioned: “An example of how not to park a vehicle.”

They added a parking fine has been sent to the driver.

Parking on the pavement is not illegal outside of London, but some local councils ban it.

And motorists outside of London can still get fines for blocking pathways, but it is a legal grey area.