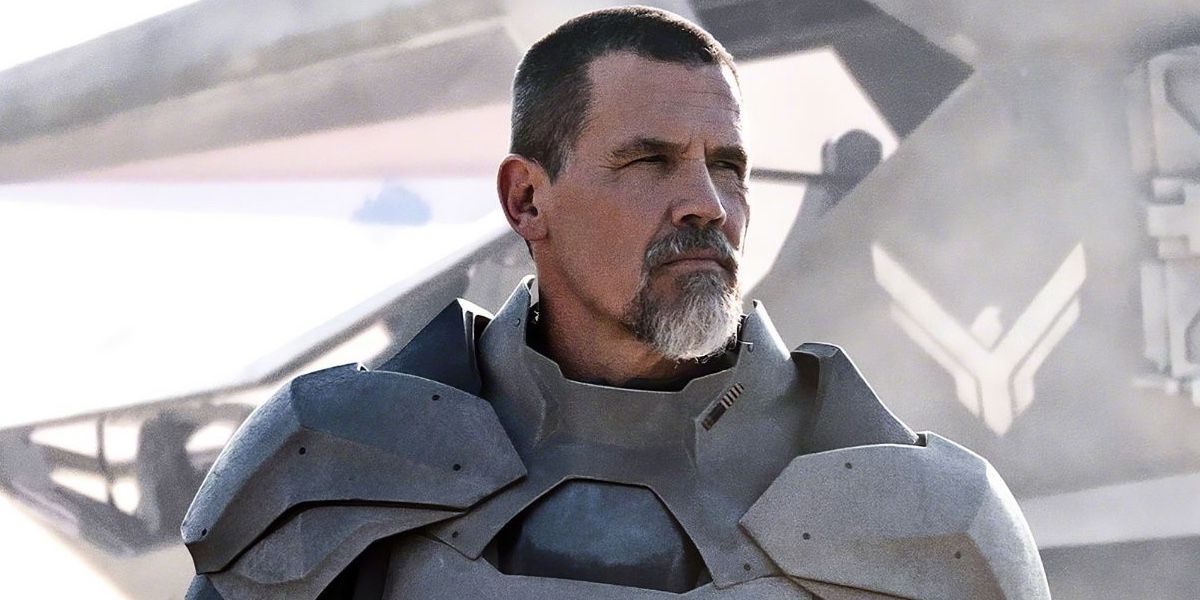 Despite Dune winning six major awards at the Oscars, Josh Brolin criticizes the Academy for snubbing Denis Villeneuve in the Best Director category.

Josh Brolin shares the Dune fandom’s outrage at Denis Villeneuve being deprived of a Best Director nomination at the 2022 Academy Awards.

Speaking to Collider about Dune‘s upcoming sequel, Brolin, who plays House Atreides Warmaster Gurney Halleck, admitted that he couldn’t wrap his head around the Academy’s decision to snub Villeneuve while simultaneously nominating his film in the Best Picture category. “It’s the most asinine, bizarre … I mean, that’s why snubs are such a thing and that’s why we all talk about them, but that’s a snub, of a snub, of a snub that I just thought was an impossibility,” Brolin mused. “But given everything about the Academy Awards, there are many impossibilities that actually materialized. So it’s all part of the game right now. I don’t know. Is it post-pandemic mentality? Whatever it is, I don’t understand it. He helmed the whole thing. It’s his creation. It’s his interpretation.”

RELATED: Dune’s Denis Villeneuve Explains the Positive Side of His Oscar Snub

However, despite his own frustrations with the Academy’s decision, Brolin was impressed with how Villeneuve handled the situation. According to him, all the director did was “go right into praise for the ten people who were nominated.”

Though Villeneuve did not receive a nomination for the category — Best Director went to The Power of the Dog‘s Jane Campion — Dune took home the most awards at the 94th Academy Awards ceremony. The second theatrical adaptation of Frank Herbert’s genre-defining sci-fi novel was nominated for ten Oscars and won six: Best Cinematography, Best Film Editing, Best Visual Effects, Best Production Design, Best Sound and Best Original Score for Hans Zimmer. However, the ceremony’s award winners were overshadowed by the now-infamous incident involving Will Smith slapping Chris Rock on stage for making a joke about Jada Pinkett Smith’s alopecia. Though Will Smith was not forced to return his Best Actor Oscar for King Richard, he has since resigned from the Academy and will be barred from attending any live ceremonies over the next ten years.

Villeneuve is currently working on Dune: Part II, which was greenlit by Legendary Entertainment less than a week after Dune‘s release in theaters and IMAX. The filmmaker confirmed that the screenplay for Part Two is already complete and filming on the sequel will begin sometime around the end of summer 2022. Part Two will pick up where the first Dune left off, following protagonist Paul Atreides as he becomes part of the Fremen clan and, under the new title Muad’Dib, uses them to get revenge on Baron Harkonnen for his father’s murder. On the sequel’s scope and ambition, Villeneuve described it as “the biggest challenge of my career, again, because it’s even more complex than part one.”

Dune is available to stream on HBO Max. Dune: Part II is currently expected to release on Oct. 20, 2023.

Ben Wasserman is a graduate of NYU’s M.A. Cinema Studies Program at the Tisch School of the Arts. He’s previously written for the pop culture websites ComicsVerse and mxdwn Movies and currently writes movie reviews for Film-Forward alongside CBR. Ben loves all things film, television, gaming and comic-related, especially when it comes to Marvel.

You can reach out to Ben on his Twitter page: https://twitter.com/WassermanReview