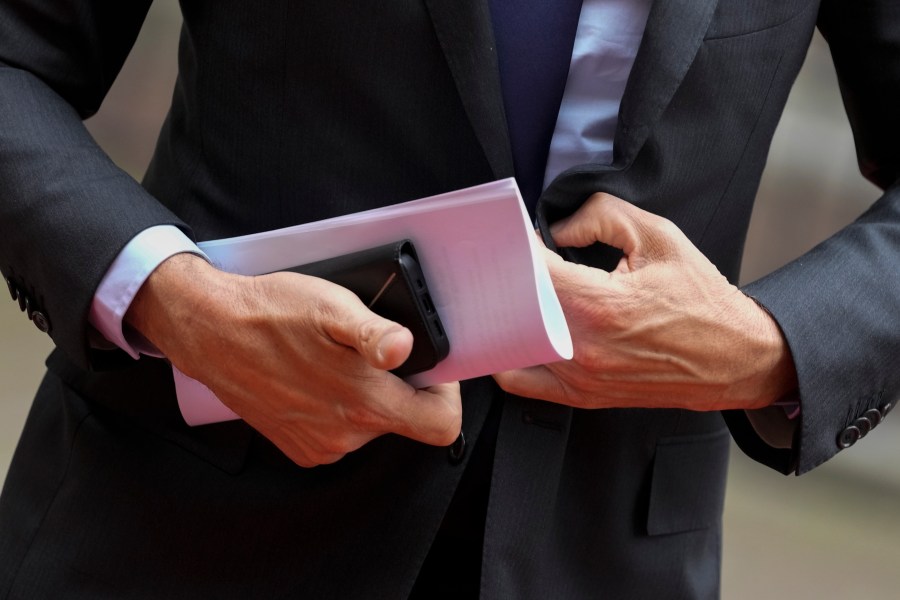 THE HAGUE, Netherlands (AP) — The long-serving Dutch prime minister is in hot water over his low-tech cell phone.

Mark Rutte is facing unusual political and public pressure after revelations that he has been deleting text messages about official matters for years. Critics accuse him of concealing state activity – but he says the messages just took up too much space in his years-old Nokia phone.

Rutte survived a no-confidence vote in parliament on Thursday over the deleted text messages, but opposition parties are calling for further inquiry. Questions have also surfaced over whether his use of the old phone might have jeopardized national security.

In investigating the government’s handling of the COVID-19 pandemic, Dutch newspaper De Volkskrant discovered that Rutte had been regularly deleting texts from his Nokia 301 for years. The daily newspaper noticed messages were missing from an official records request and, following a lawsuit, Rutte revealed that he immediately deleted messages he deemed unimportant, forwarding the remainder for an official archive.

Messages that were missing include one from Amsterdam Mayor Femke Halsema regarding a Black Lives Matter protest in June 2020 where attendance was ten times higher than expected, and a message from Unilever CEO Paul Polman regarding a controversial tax issue.

Rutte, now in his fourth term and among the EU’s longest-serving leaders, has been using his Nokia 301 for years for communication, though he also has an iPhone, which he says he only uses to read the news.

The prime minister denies any wrongdoing.

“I have kept to the letter, but also the spirit of the law from A to Z,” he said during the heated parliamentary debate.

He has long been criticized for his secrecy, holding that discussions between government officials shouldn’t be publicly available. Rutte tries to limit official business to phone calls or face-to-face meetings where no notes are taken. Written communication, including text messages, can be disclosed to journalists under the Open Government Act, while phone calls are not required to be recorded.

A government lawyer initially claimed Rutte needed to delete the messages because of a shortage of storage space on the phone, but Rutte later said it was because the phone was slow if too many messages were kept in the inbox.

It is possible to archive text messages on the Nokia 301, however, which would reduce the need to reload them, according to Arnoud Wokke, a journalist with Dutch technology website Tweakers.

Rutte claimed he had no memory of an important memo during a child care allowance scandal in which thousands of parents were wrongly accused of fraud and for which his entire cabinet was forced to resign. In another case, he said in an interview that he couldn’t recall being informed about the Dutch bombing of Hawija, which killed dozens of Iraqi civilians in 2015.

The phone revelations have also led to questions about security. Rutte’s use of the Nokia went against the Dutch government guidelines of the prime minister’s own IT organization, which recommends that users update their devices monthly to minimize cyber threats, says Benjamin W. Broersma, a security expert. Nokia hasn’t updated its 301 software for years.

Opposition parties are demanding more information from Rutte, who hastily left Thursday’s debate to meet with German Chancellor Olaf Scholz, after refusing to answer questions about how many text messages he deleted.

The prime minister now has a new phone, however. He says he switched not because of the scandal but because his previous phone stopped working during a recent trip to the United States.

During Thursday’s five-hour debate, he called the new the new smartphone “clunky” and “ugly.”

All You Need to Know about Andropause

U.S. stocks edge higher at the end of another bruising week