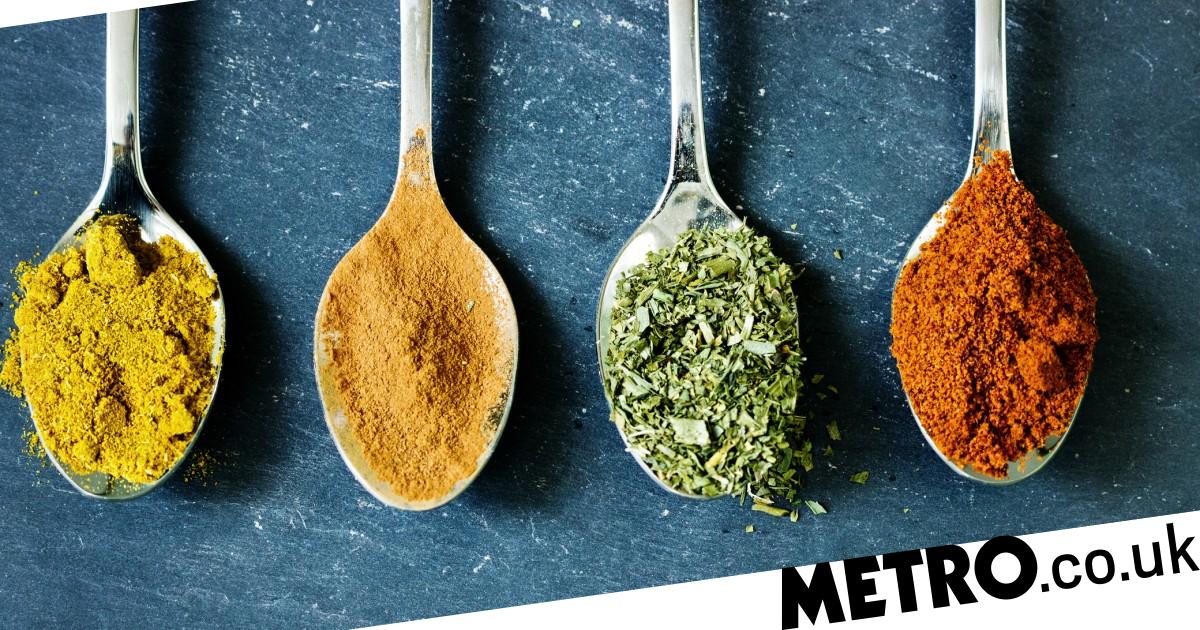 According to two studies, adding herbs, spices and peanuts to your diet can help improve the health of your gut microbiome in between four and six weeks.

Scientists have found that herbs and spices such as cinnamon, ginger, cumin, and turmeric, which are high in chemicals with antioxidant properties called polyphenols, could have an effect on the composition of bacteria in the gut.

Meanwhile, another study on tree nuts – almonds, walnuts, hazelnuts, and pistachios – and peanuts found that they can boost gut bacteria diversity.

Gut bacteria might sound nasty, but these microorganisms are important because they have a huge impact on how we digest food.

Research has also indicated that the quality of our gut bacteria, which is unique from person to person, could be tied to the likelihood of whether or not we’ll develop things like diabetes, obesity, colon cancer and even depression.

So having healthy gut bacteria is something that’s essential to our health and well-being.

In the study on spices, the 54 participants – all of whom were plus-sized and had at least one other cardiovascular risk factor like elevated glucose or triglycerides – had either 0.5g per day, 3.3g per day, or 6.6 grams of spices per day.

The people who had 3.3g and 6.6 were found to have an increased amount of the beneficial Ruminococcaceae bacteria in their stool samples.

Meanwhile, part of the second study saw 50 plus-sized participants eat either 28 grams of crackers and cheese or peanuts every night as a snack, and found that those who had peanuts had more Ruminococcaceae and Roseburia bacteria in their stool samples.

Dr. Lona Sandon, an associate professor at the Department of Clinical Nutrition, School of Health Professions at U.T. Southwestern Medical Center who was not involved in the studies, told Medical News Today: ‘In addition to being a source of protein and healthy fats, peanuts are also a source of fibre. Bacteria in the gut feed on fibre. With more fibre in the diet, more bacteria and greater variety of bacteria can thrive in the gut.

‘As for herbs and spices, the theory is that the polyphenolic compounds, chemical substances found in herbs and spices and also foods like dark cocoa, wine, grapes, berries, and cherries, provide a source of food or help to create an environment in the gut that supports the growth of a greater variety of bacteria.’

While more research needs to be done to determine the exact significance of these findings, adding flavour and nuts to your diet isn’t exactly a hardship if you want to cover your bases – as long as you don’t have any allergies, that is.


MORE : Woman survives on diet of biscuits due to rare stomach condition


MORE : Dog has surgery to remove 44 hairbands from his stomach


MORE : From vinegar shots to juicing: The popular health hacks damaging your teeth

Breakfast ISN’T the most important meal of the day,…