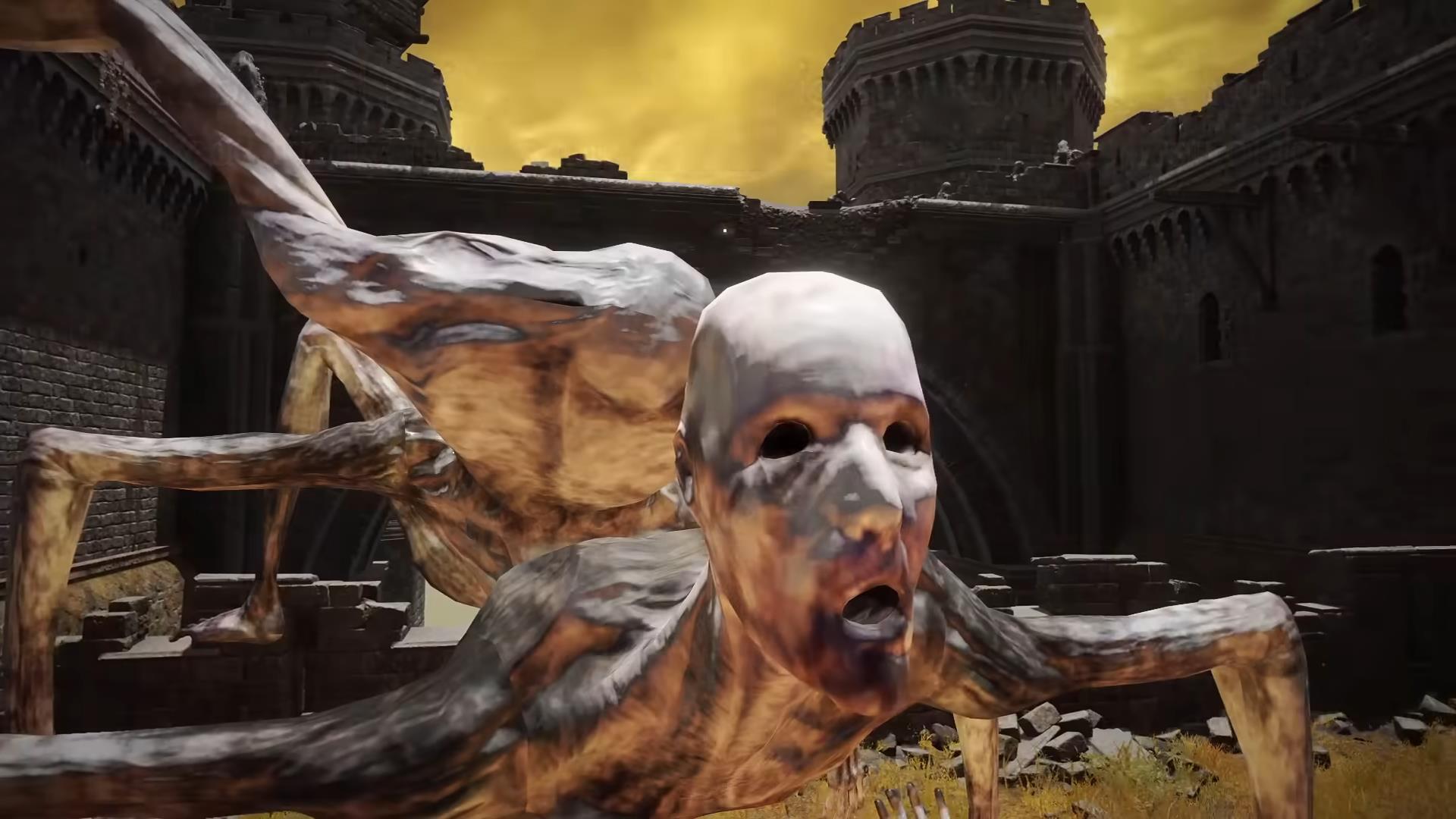 This also goes for enemies, some of which are simply not fun to fight against. But no enemy in the entirety of Elden Ring has garnered as much hate as the Royal Revenants. Okay, maybe they’re tied with Liurnia’s Giant Crayfish – but those are far less common in the game’s world.

The Royal Revenants are the multi-limbed, crown-wearing centipede-like creatures. They’re hated because they often surprise you by spawning out of nowhere, so you can’t exactly avoid them. They’re hard to stagger, and seem to have infinite stamina; pummelling you with one attack after another with their flailing arms until you’re dead.

To make Revenants even more aggravating, they have the ability to burrow into the ground and pop up behind you after they’re done with their combo, which can sometimes cause you to accidentally aggro other nearby enemies, and eat a few hits unnecessarily as you attempt to reposition – not to mention make it very hard to escape.

No one feels any sorrow for the screaming Royal Revenants, but it turns out, they may be in more pain than they’re causing. Souls modder, YouTuber and prospector of all things weird in the world of FromSoft games – Zullie the Witch – has put out a video about those nightmarish creatures.

By removing their clothing, Zullie found that their – let’s call it ‘anatomy’ – differs from other grafted creatures in Elden Ring, such as the Scions. Grafting is the process of mixing various bits of different creatures to create a single being, and is often portrayed as a crude process responsible for birthing horrendous malformed creatures that fail to reach the “perfect” form that was intended for them.

The body of a Revenant, however, doesn’t show signs of grafting. There’s a single set of legs, and despite the large number of arms attached to its body, it appears they instead organically grew from the creature itself. However Revenants came to be, their bodies are made up of multiple torsos, which Zullie likens to a forking tree trunk (another thematically appropriate image).

Interestingly, the Revenants’ AI is referred to as “HorriblenessGrub” in the game’s files (with the ID C4020), indicating that a more mature version (likely with the C4030 ID) may have been planned at some point. Seeing as the latter ID is left unused, it may turn up in potential future Elden Ring DLC. It’s also likely FromSoft spared us whatever other monstrosity a larger version of the Revenant could have been.

Seeing as you’re likely on your second playthrough of Elden Ring by now, consider trying out new builds, such as the very popular bleed builds. If you missed out on anything else, keep our Elden Ring guide on hand.

Harry’s Family, The Press, The Taliban, And His Mission To…