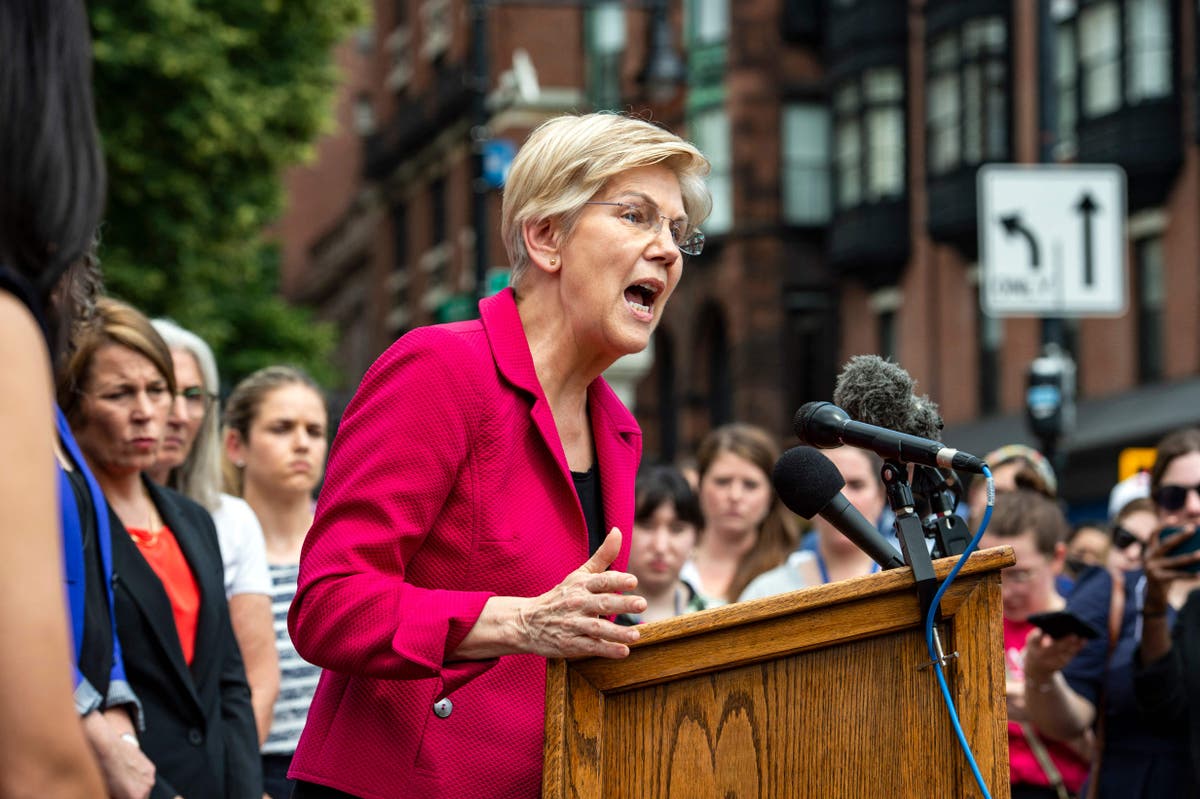 Democratic Senators Elizabeth Warren and Tina Smith are among members of Congress urging President Joe Biden to declare a public health emergency after the US Supreme Court struck down abortion rights by overturning the landmark decision in Roe v Wade on 24 June.

As Republican officials prepare to implement criminal anti-abortion laws and impose prison terms and heavy fines against providers and people who “aid and abet” an abortion, pressure is building on the White House and Congress to strengthen protections for people seeking an abortion – including people traveling out of state, who fear prosecution from law enforcement at home.

Declaring a public health emergency will unlock “critical resources and authority that states and the federal government can use to meet the surge in demand for reproductive health services,” according to the senators. “The danger is real, and Democrats must meet it with the urgency it deserves.”

Senator Warren also is leading legislation to block data brokers from selling or transferring location and health data, over fears that one’s digital footprint – including Google search results, location information, period-tracking apps and other personal data – could be used as evidence of a crime.

Legal analysts and abortion rights advocates have warned that the availability of location data harvested from smartphones could be exploited by anti-abortion activists and law enforcement, relying on subpoenas to collect data for criminal anti-abortion cases in states that have made abortion illegal, hitting providers and those who “aid and abet” an abortion, in some cases, with prison sentences and heavy fines.

Last month, Senator joined a group of 13 senators criticising two data brokers for collecting and selling phone-based location data from people who traveled to abortion clinics. She also was among senators urging Google chief executive officer Sundar Pichai to “stop unnecessarily collecting and retaining customer location data, to prevent that information from being used by right-wing prosecutors to identify people who have obtained abortions.”

Another bill – the My Body My Data Act – from Democratic US Rep Sara Jacobs would strictly limit which sexual health data can be “collected, retained, used, or disclosed” to only what is necessary for a person to use the product.

“Like tens of millions of Americans, I’ve used period-tracking apps to help manage my reproductive health,” she said in a statement. “It’s unconscionable that information could be turned over to the government or sold to the highest bidder and weaponised against us.”

Several district attorneys have told The Independent that they will not prosecute people seeking abortion care or who provide abortions.

President Biden directed the US Department of Health and Human Services to “to protect women’s access to critical medications for reproductive health care” including “essential preventive health care like contraception and medication abortion.”

US Attorney General Merrick Garland also has warned states that they cannot ban the medication abortion drug mifepristone – the most common form of abortion – as Republican legislators introduce dozens of proposals restricting the availability of approved prescription drugs to terminate a pregnancy.

A group of Democratic senators including Senator Warren have also called on the president to issue executive orders “instructing the leaders of every federal agency to submit their plans to protect the right to an abortion.”

10 Movies That Are Basically The Same As Another Movie

Chun still leads, but comes back to field on hot moving day at Women’s PGA