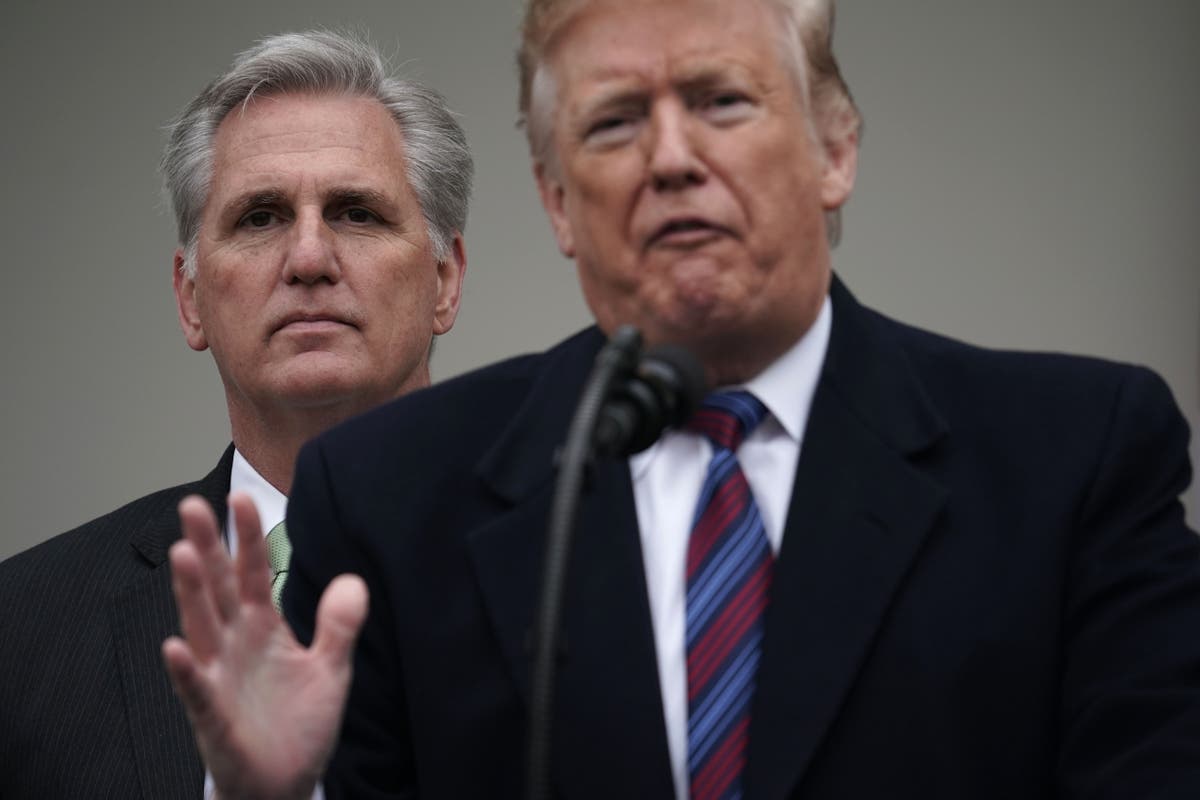 Elizabeth Warren slammed House Minority Leader Kevin McCarthy on Sunday as the fallout continues over leaked audio reported by The New York Times in which Mr McCarthy is heard saying that he believed Donald Trump should resign after the attack on the US Capitol.

Speaking on CNN’s State of the Union, she held nothing back against the California congressman whom she said had openly lied to his own constituents and the nation about what he really felt about the January 6 riot.

“Kevin McCarthy is a liar and a traitor,” she told CNN’s Dana Bash.

His willingness to support Donald Trump publicly after he was heard on audio of a phone call with another member of Congress saying that he would tell the president to resign is a symptom of the “illness” that “pervades” the Republican Party, Ms Warren continued.

“They say one thing to the American public and another thing in private,” she said.

Her scathing remarks come as Mr McCarthy is attempting to weather a political firestorm caused by the publication of the audio, which directly contradicts what he and other Republicans have said on numerous occaissions. In one instance, Mr McCarthy is heard saying there could be bipartisan support for impeachment, which he would later refuse to support.

The second impeachment of Donald Trump would later clear the House with a few Republican defections.

Mr McCarthy’s spokesman lied to multiple news outlets about the content of the minority leader’s conversations with members just hours before the audio of the calls were made public, claiming to The Hill and The New York Times that Mr McCarthy had not, in fact, told people that he would urge Mr Trump to resign. The audio of Mr McCarthy saying exactly that was played Sunday on CNN’s State of the Union.

Donald Trump has reportedly reassured Mr McCarthy that he will not seek vengeance against the minority leader in a recent conversation but his assortment of allies have not extended that same courtesy. Steve Bannon and others have taken to social media to call out Mr McCarthy’s betrayal of their leader over the past several days.

Mr Trump’s support of Mr McCarthy would likely be a major factor determining whether the minority leader would win an election to Speaker of the House upon the GOP retaking the chamber in November, and as such the Republican congressman has maintained a working relationship with the ex-president since the latter left office.

His own top deputies are now refusing to defend him by name, as was the case with a statement from the office of his no. 2, Steve Scalise, and he faces uncertain political territory ahead as he seeks to weather the damage caused by the publication of his private turn against Mr Trump.