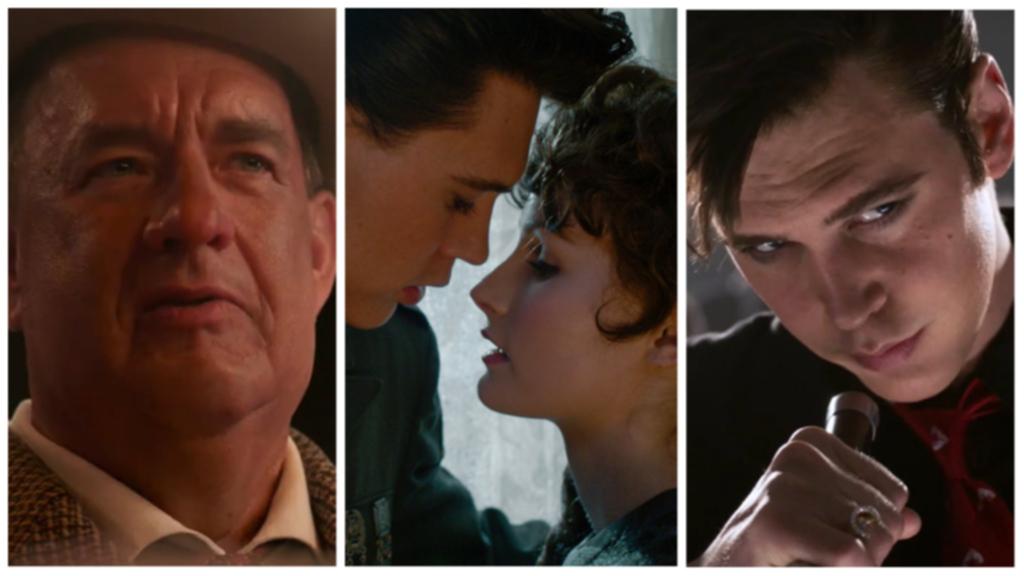 And, as we await to see whether moviegoers believe the big-screen extravaganza lives up to the hype, one thing is undisputable — the cast look and sound JUST like their characters in real-life!

Social media users have gone wild over the hip-shaking American who bares an uncanny resemblance to the King of rock ‘n’ roll.

The 30-year-old’s CV includes appearances on TV show Hannah Montana and, more recently, as Tax Watson in Once Upon a Time in Hollywood.

Luhrmann told how Butler appeared “born to play” Elvis and not only looks just like him, but there are eerie parallels between his life and The King’s.

“You know, we can talk about it now, he like loses his mom at the same age that Elvis did. He sends a video to me with this thing and . . . He just happened like two years non-stop living and breathing as Elvis,” Luhrmann said.

“He’s now going through a sort of like deprogramming thing because he’s been a long time since he’s known who he was.”

Butler also sang some of the earlier songs himself, with his voice being merged with Elvis’ during some of the on-screen performances.

From Peppermint Grove to the big-screen, the 24-year-old brings a touch of Western Australia to the movie.

Olivia DeJonge plays Elvis’ ex-wife, who divorced him four years before his death in 1977.

To help with her transformation into the ultimate 1970s WAG, DeJonge revealed she even had to shave her bush eyebrows to create the thin brows popular of the time.

And it seems to have paid off, with Priscilla herself praising her performance.

“I relived every moment in this film. It took me a few days to overcome the emotions as it did with Lisa. Beautifully done Baz, Tom, Austin and Olivia,” she said.

Speaking to Ben O’Shea on Reel Talk, DeJonge told how she ended up sitting next to Priscilla at the screening in Cannes last month.

“It was really daunting, knowing that I was going to meet her, and I’m sure she felt the same,” DeJonge admits.

The tyrannical Dutch manager, whose real name was Andreas van Kuijk, took Elvis to stardom but, as viewers learn, it comes at a huge cost to the star and his family.

Hanks told The West Australian he hadn’t even seen a photograph of Colonel Parker before being approached by Luhrmann for the role.

And his portrayal clearly impressed his director, who said the “big actor” was the only choice for the “big, big character”.

Elvis’ only child Lisa-Marie is only a child when the movie is set but melts hearts with her adorable relationship with her father.

Lisa-Marie, who herself forged a career as a singer, is now 54 and has four children — Danielle Riley and Benjamin Keough, from her first marriage and twins daughters Harper and Finley to her fourth husband.

Sadly, Lisa-Marie’s life has also been rocked by tragedy with her son Benjamin passing away in 2020.

Lisa-Marie told 20/20s Chris Conolly she was “emotional” re-living her childhood through the movie.

“It just brings up such generational trauma — in a good way,” she said.

“And Riley, 5 minutes in, was already like, ‘I’m done.’ She was already crying and I was crying,” she added.