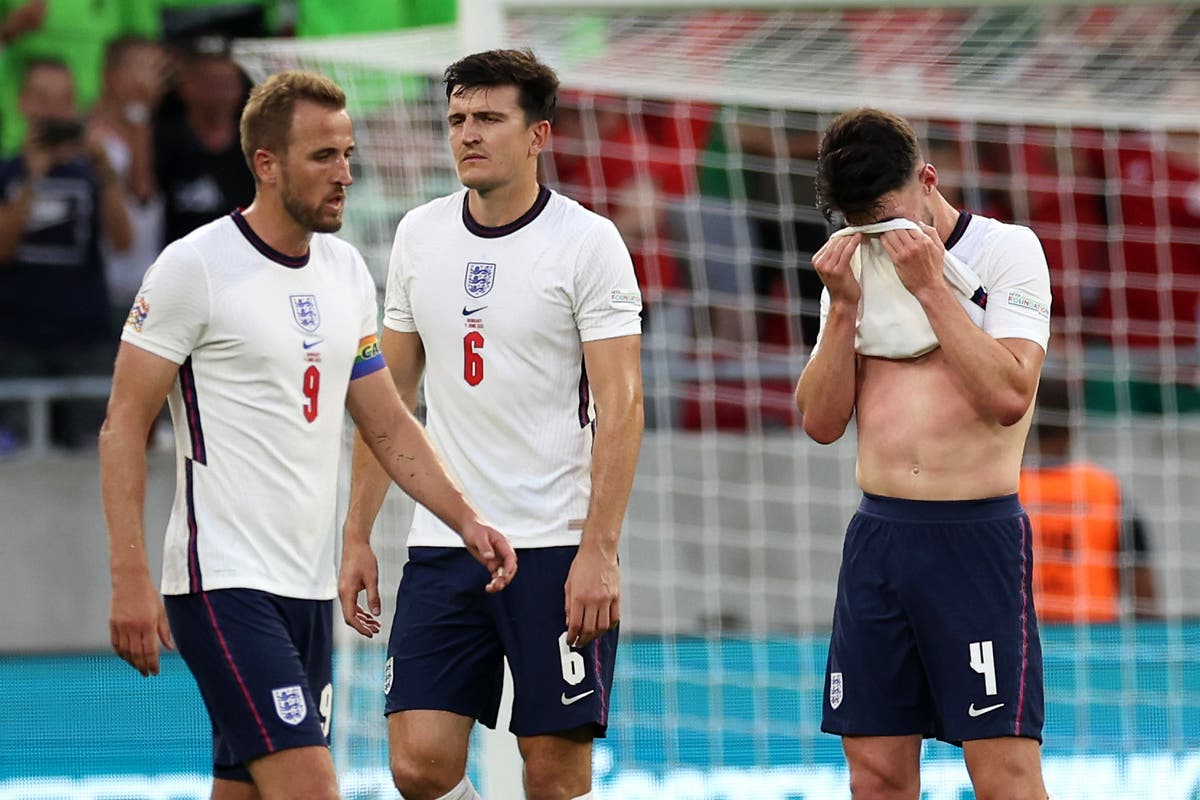 Good news for those of you worried you might miss football over the summer. It’ll be back before you know it. The final whistle will blow on the last of England’s four summer games against Hungary at Molineux on Tuesday evening, bringing 2021-22 to an end, only for the 2022-23 Premier League fixtures to be published on Thursday morning. It will undoubtedly be a long, lost and lonely 36 hours or so in the liminal space between one apparently interminable campaign and another, but somehow I think we’ll cope.

A season that began with some of Gareth Southgate’s players still on holiday after their European Championship exertions will end with those same players looking in need of a long break again.

That was certainly the impression given by the goalless draw against Italy at Molineux on Saturday, which started off as an open, engaging contest with chances at either end but sharply deteriorated. A care-free vibe slowly morphed into a question of why we should care about these games at all.

Even if there was little other option but to play the Nations League now due to a Covid-affected calendar, a winter World Cup and the need for the revenue that they generate for national associations, few would argue that their scheduling at the end of a long season is in any way beneficial. Still, it is worth noting that there have been few complaints from the England players themselves, who have framed it as a challenge to rise to.

James Ward-Prowse spoke this week of the pride and honour of playing for England, even after clocking up close to 3,800 minutes for his club this season alone. Kalvin Phillips’ past year has been one long tale of injury frustration – he even picked a new one up this week – but had no complaints during his post-match media duties. “I think if you were able to watch us train every day, the level of intensity, you wouldn’t look at us and say that we are fatigued,” he insisted.

That may be the case but when the likes of Kevin De Bruyne and Gareth Bale have openly questioned the strain that the crammed schedule is putting on their bodies, they have generally sounded more convincing. Southgate has also been careful not to criticise the schedule and has instead welcomed the rare opportunity he has to work with his players in depth and detail, but there was an acceptance from the England manager on Saturday night that the calendar is taking a toll.

He again spoke of “managing minutes” in his post-match press conference. In the build-up, he had admitted that he had practically been forced to play a back three in the opening defeat to Hungary in Budapest due to circumstances surrounding player fitness and load management. If this is the preparation time that Southgate has craved, it feels full of compromise and far from ideal.

“I think it’s manageable but the demands on the players are huge, and I think we are all conscious that we can’t keep adding to the calendar,” he said when asked about the schedule, while pointing out that the effects of the pandemic are still being felt. “Everything’s condensed, competitions are added but nothing is taken out. In the end, I am sure players are gaining more of a voice in that and understandably so, and they should have a voice.”

This is not solely a problem of international football’s making. None of the club game’s different stakeholders were willing to sacrifice their part of the calendar either. Both sides will have to contend with the consequences. Southgate and his contemporaries in international management are the ones currently feeling the squeeze. After Hungary, England will have just two more matches before the World Cup. Due to a packed midweek schedule in the autumn, the England manager does not expect there will be a chance to even meet remotely with his squad in the time between the camp in September and travelling to Qatar.

“That’s why the last few games we’ve needed to see certain players, because there’s no opportunity further down the line to be able to assess them,” he said. In that regard, playing in a mostly empty Molineux due to a stadium ban did not help either, nor did coming up against a decidedly second-string Italy side who do not have a World Cup to worry about, having failed to qualify.

It will be the turn of the clubs to feel the pinch at Christmas, though. Those players who reach the World Cup final on 18 December will return from duty and have a round of league fixtures to fulfil on Boxing Day. Remarkably, the last-16 of the Carabao Cup is set to be scheduled for 21 December. The sheer volume of games that need to be packed in either side of Qatar means that club managers will have to make difficult selection decisions long before the tournament starts and probably long after it too.

And so the concern while watching the goalless draw at Molineux on Saturday was that this was a window into the season to come, which will be planned and mapped out in only a few days’ time. It will be one where compromises continually must be found just to keep everything ticking along.

The Football Association has requested no “big six” clashes be played over the weekend before the World Cup, though even Southgate admits the benefit would only be “marginal” in an already condensed schedule. The level of intensity on that weekend in November alone will be interesting to study.

Hopefully, 2022-23 is the last season before a welcome return to something resembling the pre-pandemic, pre-Qatar World Cup calendar. But with the Euros in 2024, a new, expanded Champions League format set to commence the following season and no let-up in organisers’ thirst for eyeballs, whatever was once considered normal seems a long way off and the past couple of weeks, of a season stretched over and beyond its limits, feels like a glimpse of the near future.

Nobody Can Find Mario’s Ass In Nintendo’s Movie…

FBI sued for alleged failure to provide communications with…