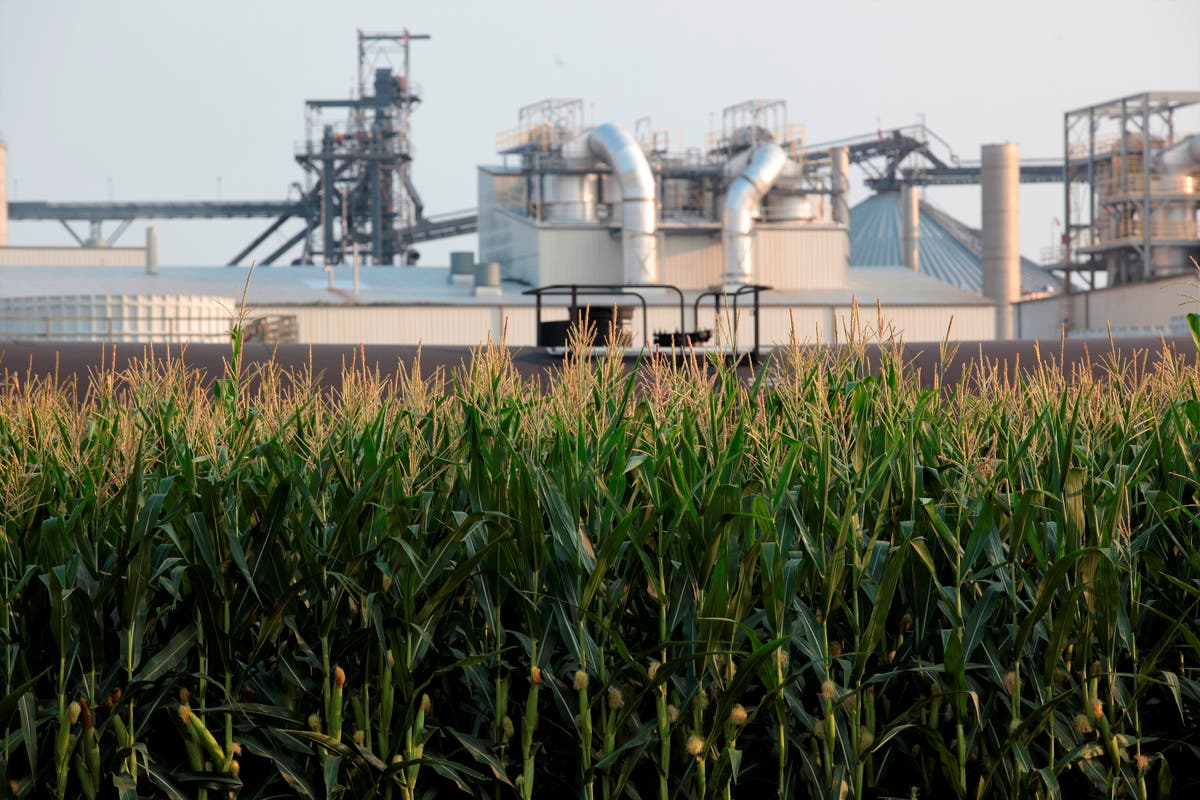 The Biden administration on Friday set new requirements that increase the amount of ethanol that must be blended into the nation’s gasoline supply but reduce previous ethanol-blending requirements due to a plunge in fuel demand during the coronavirus pandemic.

The Environmental Protection Agency said it would set the 2022 levels for corn-based ethanol blended into gasoline at 15 billion gallons. But even as the new rules increased future ethanol requirements, the EPA retroactively reduced levels for 2020 by 2.5 billion gallons and by 1.2 billion gallons for 2021, reflecting the lower amount of ethanol produced and decreased sales of gasoline during a period when the virus led to a drop in driving.

Most gasoline sold in the U.S. contains 10% ethanol, and the fuel has become a key part of the economy in many Midwest states. The fuel consumes more than 40% of the nation’s corn supply, and ethanol and other biofuel production plants offer jobs in rural areas that have seen steady population declines over the decades.

President Joe Biden is among many politicians from both parties who have frequently promised to support increases in the renewable fuel standard.

“Today’s actions will help to reduce our reliance on oil and put the RFS program back on track after years of challenges and mismanagement,” said EPA Administrator Michael Regan.

The Renewable Fuels Association, an ethanol lobbying group, criticized the retroactive reduction of biofuels targets but said the future requirements would bring certainty back to the renewable fuel standard, help lower gas prices and set a foundation for future growth.

In the last few days, wholesale ethanol prices have been as much as $1.30 per gallon lower than gasoline, the group said.

The final order also denies exemptions for certain oil refineries from ethanol requirements, saying they had failed to show exemptions were justified under the Clean Air Act.

The American Fuel & Petrochemical Manufacturers group, which represents refineries, called the 2022 figure “bewildering and contrary to the administration’s claims to be doing everything in their power to provide relief to consumers.” The group said unachievable mandates will increase fuel production costs and keep consumer prices high.

The Biden administration also announced Friday that the U.S. Department of Agriculture would provide $700 million to support 195 biofuel producers in 25 states that faced unexpected market losses due to the COVID-19 pandemic.

The money comes from the Coronavirus Aid, Relief, and Economic Security Act.