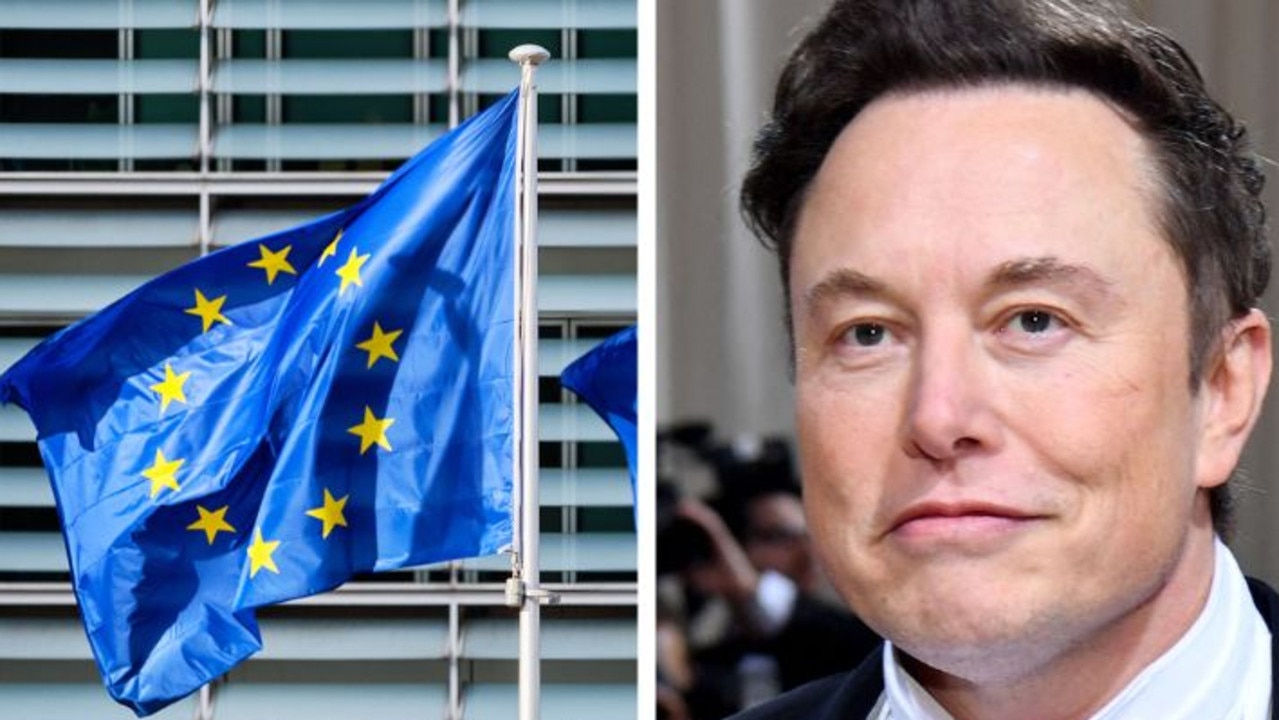 He has quashed his beef with Apple, but now the EU has stepped up to the plate to take a swing at Twitter CEO Elon Musk.

The bloc has warned Musk of astronomical fines or a potential ban of his social media platform Twitter if the regulator’s concerns about its content moderation are not addressed.

It comes after a Wednesday video meeting between the tech billionaire and Thierry Breton, the EU’s commissioner for internal market.

The meeting reportedly discussed the EU’s Digital Services Act and whether or not Twitter was prepared to meet its requirements.

New rules under the Act, which will be implemented next year, required tech companies to better moderate platforms for material that is seen to promote terrorism, child sexual abuse, hate speech and commercial scams.

Musk, Twitter’s new CEO, was told by Mr Breton that his platform needed to “significantly increase” its policing of material that may not meet the Act’s standards if he wanted Twitter to “pass the grade”.

“I welcome Elon Musk’s statements of intent to get Twitter 2.0 ready for the DSA,” he said. “I am pleased to hear that he has read it carefully and considers it as a sensible approach to implementing on a worldwide basis.

“But let’s also be clear that there is still huge work ahead, as Twitter will have to implement transparent user policies, significantly reinforce content moderation and protect freedom of speech.”

During the call, Musk reportedly agreed to let the Commission conduct a “stress test” at Twitter HQ early next year to aid the platform in complying with the new rules and help prepare it for an “extensive independent audit” as required by the new law.

Breaches of the Act include financial penalties of up to 6 per cent of global turnover (about $US500 million in Twitter’s case), or temporary “last resort” suspensions of service in the EU market.

It will no doubt have some impact on Musk’s vision for the platform. Many users embrace his wishes to improve free speech and the recent decision the reinstate banned accounts.

Many others, however, including crucial advertisers, have already deserted the platform, with some citing a rise in hate speech – claims Musks denies.

The news that Twitter will have to appease European regulators came just days after Musk claimed he was “threatened” by Apple, one of two major app providers, that it would withhold the platform from its App Store.

But on Thursday, after a meeting with Apple CEO Tim Cook, Musk said it had all been a “misunderstanding”.

“Good conversation. Among other things, we resolved the misunderstanding about Twitter potentially being removed from the App Store. Tim was clear that Apple never considered doing so,” Musk said.