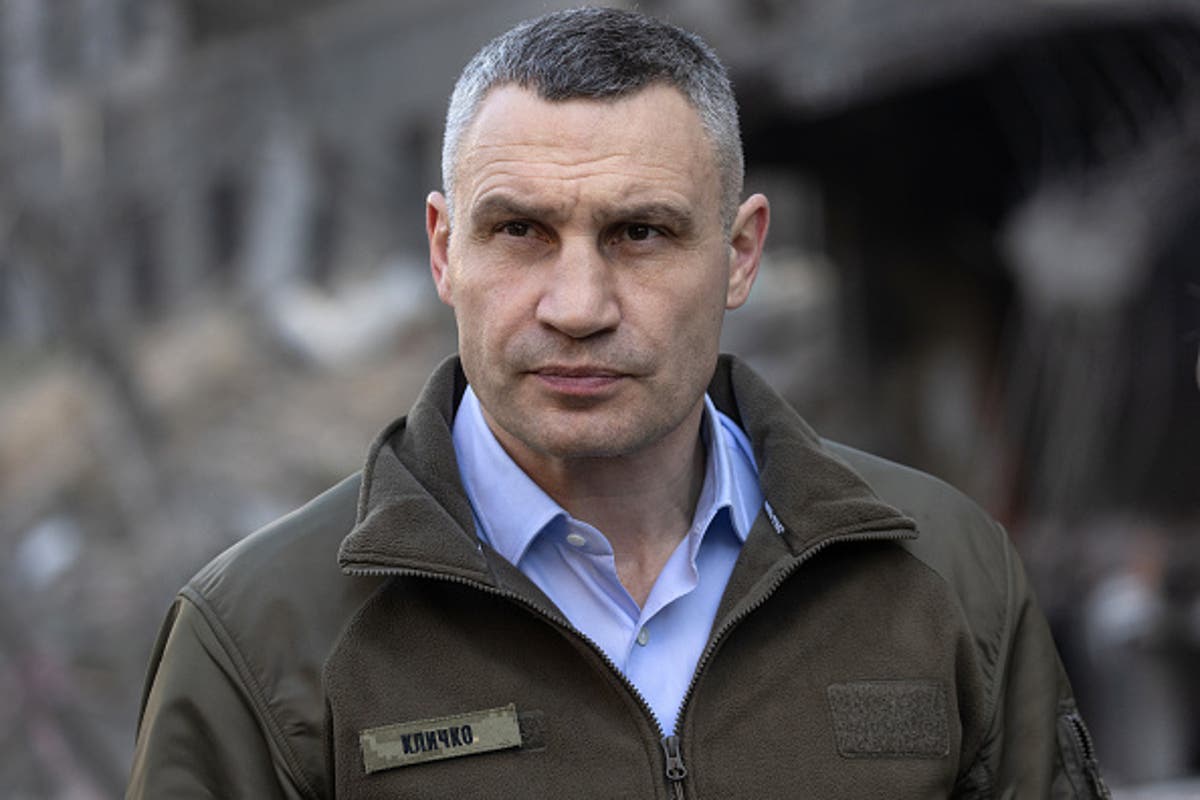 Three European mayors have reportedly been targetted by an impostor posing as the mayor of the Ukrainian capital in fake video calls.

Kyiv mayor Vitali Klitschko has called for an investigation into the prank, warning that his impersonator could also be in communication with other officials.

“Several mayors in Europe have been contacted by a fake mayor of Kyiv who has been saying absurd things,” he told German daily newspaper Bild.

“This is criminal energy. It must be urgently investigated who is behind it.”

On Friday night, the office of Berlin mayor Franziska Giffey tweeted that she cut short a call with the Kyiv mayor after his comments and questions roused suspicion, prompting a police investigation.

“The course of the conversation and the setting of topics” made Ms Giffey wary, her office said, and released a photo that showed both the mayor and Klitschko impersonator on a big screen.

Inititally “there was no evidence that the video conference was not conducted with a real person. To all appearances, it is deep fake”, the tweet said.

Elsewhere, Jose Luis Martinez-Almeida, the mayor of Madrid, also had a video call on Friday with someone claiming to be his Kyiv counterpart. He reportedly suspected he was not speaking with Klitschko and filed a complaint with police.

But Vienna mayor Michael Ludwig, who also received a call from the imposter earlier this week, did not end the prank call because he did not notice any suspicious behaviour, according to Austrian public broadcaster ORF.

“Since no tricky topics were discussed in the conversation, this is certainly annoying in the specific occasion but not a big problem,” Mr Ludwig said.

At present, it is unclear what the motive for the calls were and the means used to trick the mayors are still unknown.

Ms Giffey said on Saturday that her encounter with the fraudster means that “in the future we will have to be even more scrutinising, even more suspicious”. She called the trick “a means of modern warfare”, referring to Russia’s military operation in Ukraine, a link also made by Kyiv’s mayor.

“Friends! The enemy does not let up and is waging war on all fronts – in particular by disinformation, by discrediting Ukrainian politicians,” Klitschko said in a post on Telegram

“In order to quarrel with European partners, so that Ukraine would not be helped.”

Speaking to Bild, he warned other European officials to be careful in the event that they are contacted by someone claiming to represent his office.

“Please be careful in the future how appointments are arranged by me. Official conversations only come through official channels,” he said.