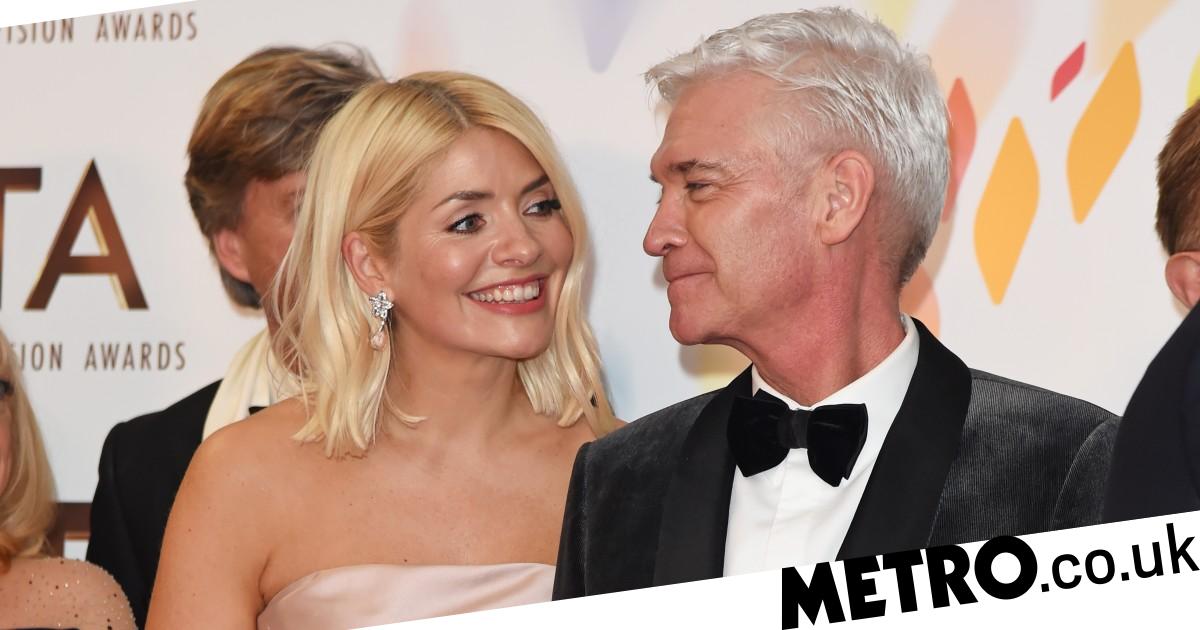 The Eurovision Song Contest could be coming to the UK next year, with Holly Willoughby and Phillip Schofield among the favourites to host ahead of Rylan.

The European Broadcasting Union (EBU) announced on Friday that 2022 winners Ukraine won’t be able to host the 2023 edition, and as runners-up the competition could take place in the UK – although that’s not for definite.

Fans have been calling for Big Brother star Rylan to be picked to front the show if it does happen, but it seems the bookies don’t have him even in the top five.

Betfair spokesperson Sam Rosbottom said: ‘After confirming they would not be able to provide the required security to host next year’s Eurovision in Ukraine, who won the 2022 show in May, the competition’s bosses have asked the BBC if they would be able to host it.

‘Graham Norton is the 3/1 favourite to anchor the song contest should it come to the UK next year and he is followed by Holly Willoughby & Phillip Schofield at 9/2, while Bonnie Tyler, who represented the UK at Eurovision in 2013, is 8/1.’

Fellow Big Brother alumni Davina McCall follows closely behind at 10/1, while Dermot O’Leary and Lula are joint fifth at 16/1, with Maya Jama (33/1) and poor Rylan (40/1) a fair bit behind.

Fans are still backing Rylan though, and one supporter has tweeted: ‘I mean I’m hoping Ukraine can host but the idea of going to a home Eurovision is making me giddy!! @Rylan get your hosting shoes ready!!’

And after the news broke on Friday, another fan added: ‘Has @Rylan had the phone call yet about hosting Eurovision 2023?’

Rylan does find himself above the likes of comedian Alan Carr, Love Island host Laura Whitmore and Late Late Show star James Corden, and some people will be pleased to see the latter down the list.

Despite Corden’s successful career in the US, some savage fans urged him to stay away from Eurovision when he returns to the UK.

Meanwhile, Nigella Lawson has thrown her own name into the hat and insisted she wants to follow in the footsteps of Katie Boyle, who presented the Eurovision Song Contest on four occasions, in 1960, 1963, 1968 and 1974.

She wrote: ‘Waiting for my Katie Boyle moment! Why else get a languages degree?’

Rylan is facing plenty of competition then!

Eurovision Song Contest returns to BBC One in 2023.


MORE : Sadiq Khan says London ‘ready to step up’ and host Eurovision 2023 after Ukraine drops out