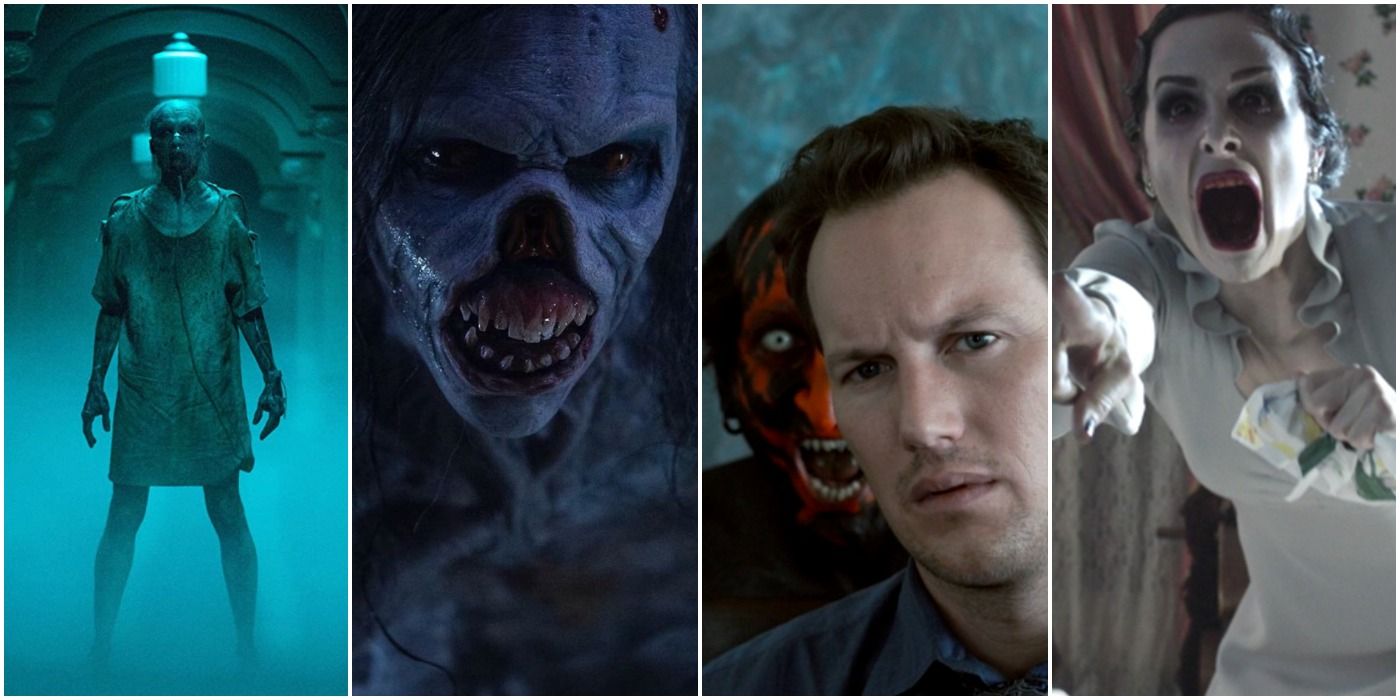 Horror has proven itself to be an evergreen genre that’s never completely out of fashion, but the past few decades have helped scary stories evolve like never before. There’s a renewed focus on excessive sequels and franchise opportunities, which works better for some horror movies than others.

James Wan’s Insidious first terrorized audiences in 2010, where it would go on to produce three spooky sequels and become one of Blumhouse’s bigger successes. Like some of the best horror franchises, the Insidious movies don’t play out in chronological order. With news of a fifth entry on the way, it’s never been a better time to return to the movies and break them down through their chronological viewing order.

4 Insidious: Chapter 3 Shifts Its Focus On Elise Rainier & Her History With The Paranormal

When the Insidious series begins, it seems as if the supernaturally plagued Lambert family is the franchise’s focal point. However, the third and fourth movies in the Insidious series turn the clock backward and reveal that this supernatural saga is actually more about Elise Rainier, a prolific psychic, and how her connection to the paranormal and “The Further” has continued to evolve over the course of her life. Insidious: Chapter 3 is set at a point where Elise has retired from her demon-hunting duties, but she soon understands that it’s not so easy to turn her back on her calling after the Brenner family comes to her for help after they experience repeated supernatural attacks.

Insidious: Chapter 3 is most commonly recognized for its macabre monster, “The Man Who Can’t Breathe,” which is just as frightening as any of the other creatures from the series. Insidious: Chapter 3 also introduces Elise to Specs and Tucker, two paranormal investigators who become invaluable members of her team as the franchise continues. There’s also a bold cliffhanger that Insidious: Chapter 3 goes out on, which The Last Key continues to build upon and ultimately gets paid off in Insidious and its sequel.

3 Insidious: The Last Key Looks To Elise’s Psychic Past In Order To Better Understand Its Future

Insidious: The Last Key, the fourth film in the series, continues to look at Elise’s development as a psychic before she encounters the Lamberts and the dangerous demonic entities that consume their family. Elise is forced to return to her childhood home and confront her own demons in the form of a malevolent force known as KeyFace. Elise is pushed to new heights as she takes on this dark menace, but this return to her roots also prompts a justified look back to her past and her first foray with this evil.

RELATED: A Quiet Place 2 & 9 Other Horror Sequels Just As Good As The Original (If Not Better)

The bulk of Insidious: The Last Key takes place after the events of Insidious: Chapter 3, but there are significant flashback sequences in the movie that chronicle Elise’s difficult childhood and her initial experience with “The Further” that are set in 1953 and take place before anything else from the Insidious series. This bifurcated structure works to the advantage of The Last Key as it’s able to look to various chapters from Elise’s past before it temporarily closes the book on the series by tying everything together with her connection to the Lamberts. It’s possible that the fifth Insidious film will also include flashbacks to Elise’s past, but it’s doubtful that any of it will be set before these moments from The Last Key.

Insidious kicks off the haunting horror franchise in familiar territory once Josh and Renai Lambert’s son, Dalton, succumbs to an unexplainable coma, which is followed up with a series of supernatural occurrences. The Lamberts, desperate for answers, turn to the esteemed Elise Rainier, a paranormal specialist who Lorraine Lambert, Dalton’s grandmother, has had experience with in the past. Insidious introduces the complex realm of “The Further,” as well as the nightmarish Lipstick-Face Demon who becomes a recurring figure of fear throughout the rest of the franchise.

One of the boldest moments in Insidious occurs in its final act when a possessed Josh gets the upper hand on Elise and takes her life. The scene hits hard initially, but the loss holds significantly more weight after properly understanding Elise’s plight through Chapter 3 and The Last Key. The strong impression that Lin Shaye leaves as Elise in Insidious makes it easy to see why she becomes the centerpiece in the subsequent sequels. Even the character’s death doesn’t prohibit her from showing up in Insidious: Chapter 2 and it’d be a serious shock if she didn’t show up in some capacity in the upcoming sequel.

1 Insidious: Chapter 2 Moves Its Threat To Josh As The Whole Lambert Family Is Under Attack

Insidious: Chapter 2 directly picks up from the seismic finish of the first movie where the demonic entity shifts from Dalton to his father, Josh, and Elise loses her life in the process. The effective sequel draws tension out of the very real consequences that surround Elise’s murder as well as the unknown dangers that continue to consume Josh’s soul. It’s a successful extrapolation of the themes from the original movie, as well as being full of terrifying visuals and monsters.

Insidious: Chapter 2 features the most recent events in the horror series’ timeline, but it begins with a jump back 25 years to Josh Lambert’s past. The sequel explains that Elise has a history with the Lamberts and that she dealt with and suppressed Josh’s astral projection skills, only for them to carry over into his son, Dalton, and return full force in Insidious. Insidious: Chapter 2 ends in a manner that indicates that the Lambert family is at least temporarily safe. However, the reported storyline for the fifth Insidious movie will look at Dalton in college as his dark powers reawaken, just like they did for Josh. The upcoming movie will finally continue the story forward from Chapter 2 instead of looking to the past.

NEXT: 10 Best Horror Movies For People Who Aren’t Fans Of The Genre