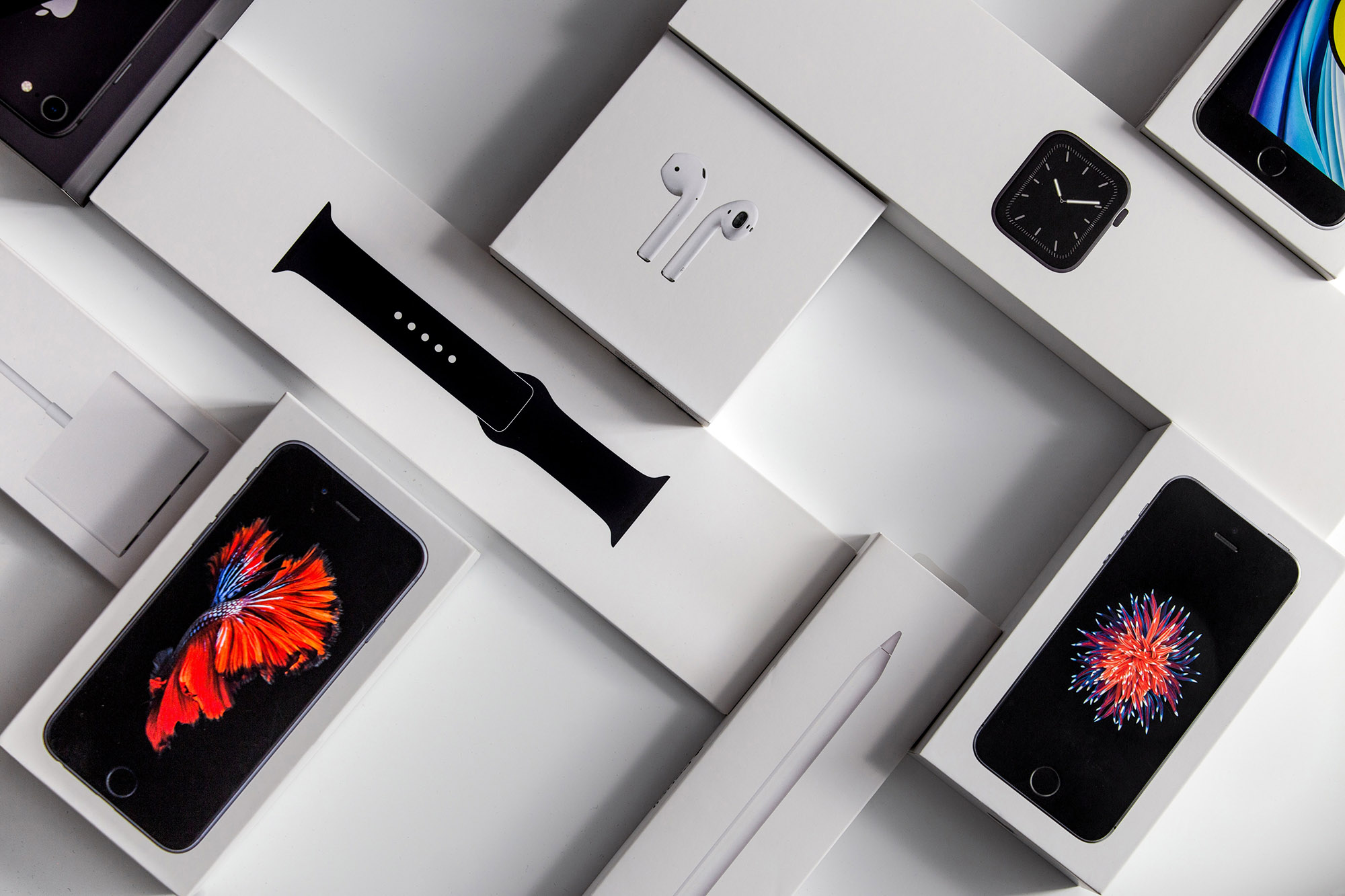 At its annual developer conference, WWDC 2022, Apple will give us a preview of what the next versions of iOS, MacOS, watchOS, and tvOS bring to its enviably reliable ecosystem. However, to others, the same ecosystem is often likened to a walled garden, with attractive but carnivorous plants that make for a pleasing entry but an arduous and frustrating exit. But over those walls, some are peeking in with envious eyes.

How has Apple built such an impressively sticky ecosystem, and why do others want so desperately to replicate it?

Lured and locked in

Apple has long kept people closely tied to its ecosystem of products. Those who own one Apple product are often drawn to buy more. The harmony with which products work with each other is (primarily) what fuels this obsession. Even though Apple products are not flawless, the general notion is that they are great at what they are supposed to do — and that perception contributes to Apple’s success. Statista notes that Apple was the world’s top-most technology company in terms of its market value in 2021.

But it’s not because of the devices alone that Apple’s ecosystem thrives. Apple’s operating systems and its suite of applications are intended to be exclusive to Apple devices — a strategy it has always maintained, but especially since Steve Jobs’s return to the company. But while this exclusivity grants Apple owners bragging rights in front of others, it also compels them to stay confined within the proverbial walls of its glamorous garden.

Apple’s methodology has always been to lock you into the ecosystem. In today’s setting, escaping the hardware is easier but transitioning from a familiar software tool to another can cause headaches. Apple keeps its garden walls high, and by maintaining superior hardware quality and compelling people to purchase subscriptions to its services, scaling the walls becomes a herculean task. It’s not always an overtly obvious lock-in either, it’s the way many features “just work” together that’s equally as effective.

For example, Apple devices feature Handoff, which allows multiple actions between devices, and AirDrop lets you quickly share documents and files between Apple devices, while tools such as Sidecar and Universal Control allow seamlessly integrated use of your Mac and iPad. Even Apple’s iMessage locks people in by displaying messages sent from outside the Apple ecosystem in green, while those from Apple devices show up in blue. It has led to the system being called discriminatory towards non-Apple users.

Every company wants an ecosystem

Despite its negative connotation and criticism for locking users in, a lot of competing consumer technology brands envision having the same success as Apple, and continue to build similarly restrictive ecosystems. The end goal is simple: the more consumers tied to your products, the more products and services you sell, and of course, the more money you make.

To succeed, these companies adopt a similar strategy to lock consumers into an ecosystem, usually aping the Apple ecosystem by building products for potentially every use case. Brands such as Samsung, Xiaomi, Oppo, OnePlus, and even Google field competitors in the same categories as Apple, from phones, tablets, and laptops, to wearables, audio products, TVs, and even smart home products. All are designed to work with each other, enhancing the consumer experience and encouraging sales.

Smartphones from these brands also come with a pre-installed proprietary app store, which cannot be disabled or uninstalled, and every phone comes with a unique set of proprietary system apps — such as clock, camera, file manager, gallery, along with cloud services for music, storage, and more. All these are designed not only to provide a modicum of identity, but also in the case of app stores, music stores, and cloud services, to keep you coming back in the future. 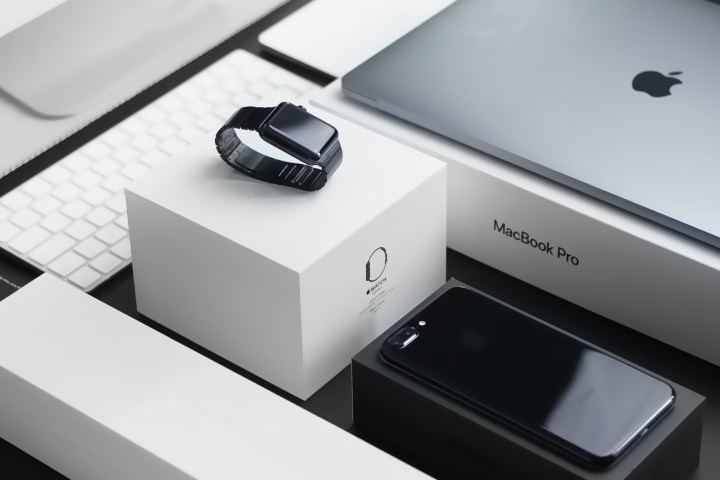 But there is sometimes a lack of distinction between all these products, and it’s something Apple sidesteps very well. Apple has designated roles for its products — be it the iPhone, the iPad, Mac, Watch, or TV — so it adds distinct value to the ecosystem and does not try to override the role of another. An iPad does not try to be an iPhone, nor does it encroach too far into the territory of a MacBook. An Apple Watch is designed to augment the utility of an iPhone instead of being a substitute.

In contrast, Apple’s competitors use the opposite approach. They have multiple variations of similar products that crowd practically every division or segment in terms of price. The sheer number of options increases the probability of a consumer buying a company’s products but also gives them decision fatigue. Despite more choices, consumers still grapple with poor coordination between products.

Unlike Apple, which uses proprietary operating systems and platforms, major consumer electronics use generalized platforms such as Android, Windows, and Google’s Wear OS to operate. Every Android phone or Wear OS smartwatch manufacturer also builds a custom interface to set itself apart from other competitors and add unique features and functionality that only benefit other devices from the same brand.

When you buy any smartphone accessory, there is no standard protocol, and you need to install a separate app to manage controls. But to seal you off, brands often also take the liberty to limit exclusive features to their own devices. For instance, a Samsung smartwatch does not work efficiently on a non-Samsung phone; OnePlus earphones offer additional controls only in a OnePlus phone’s Settings apps; Xiaomi fitness bands can only be used to unlock its own phones, tablets, and laptops, and no other brand.

The only manufacturer that has established a (somewhat) discrete ecosystem like Apple is Huawei. In response to sanctions against it, Huawei rapidly scaled up its own alternative operating system — HarmonyOS — to Android with Google Mobile Services. Besides smartphones and tablets, HarmonyOS also runs on smart home devices, smartwatches, smart TVs, and even cars.

Why is the Apple ecosystem irresistible?

Why is the ecosystem so desirable? Apple enjoys an unquestionable loyalty that very few other technology brands can boast. While the premium build and exclusive software features are partly the reason, analyst Neil Cybart argues Apple is not a hardware company or a software company, but a, “design company selling tools that can improve people’s lives.”

It selectively designs and sells products to create experiences that consumers willingly pay for. Cybart highlights what they call “The Grand Unified Theory of Apple Products,” which talks about how Apple products perform similar functions despite their differences, just with an experience personalized to the person using the device. Newer Apple products can take on jobs previously handled by more powerful siblings.

A synergy that prevents most people, including myself, from going back to a life without it

To illustrate this, think of how the iMac or Mac Studio is designed to serve you during the most demanding tasks at home or the office, the MacBook can repeat those tasks with the added convenience of mobility.

Compared to a combination of a Samsung Galaxy Watch, Galaxy Tab, and a Galaxy smartphone, the counterparts from Apple have a much more consistent and logical approach, while the tight-knit software interface is what inspires people to reward Apple with loyalty. The complete, overall experience binds you with a synergy that prevents most people, including myself, from going back to a life without it. It’s no wonder other companies want to emulate its ecosystem.

At WWDC 2022 in the coming week, we can expect Apple to make more ecosystem-related announcements. Learn about what is expected of Apple at WWDC 2022, and stay tuned for newer updates during the event.