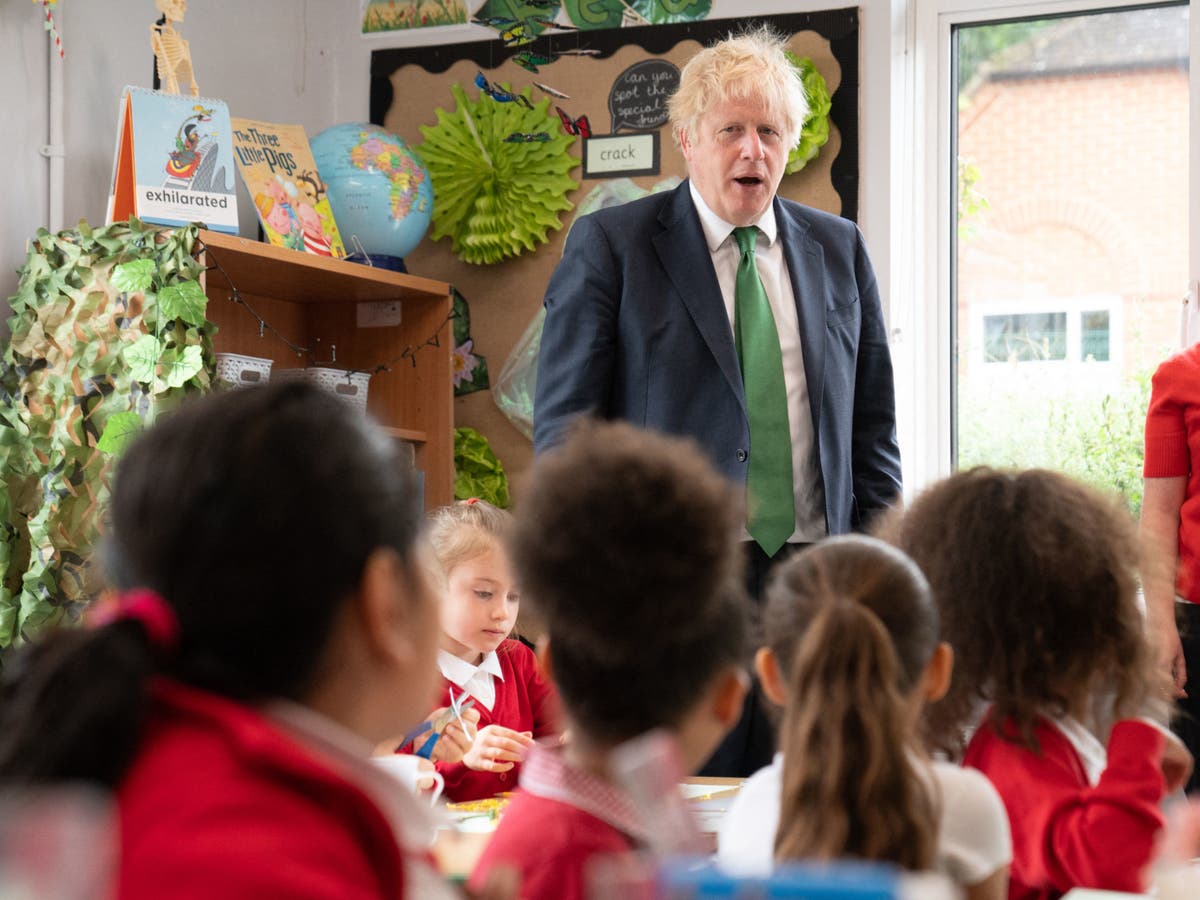 Boris Johnson is under pressure to extend the free school meals programme before the summer holidays amid warnings more than a million children face going hungry because of the cost of living crisis.

Former education secretaries from both Labour and the Conservatives, as well as the mayor of London, unions and charities have urged the government to act as it did during the Covid pandemic.

As inflation surges the cost of some foods has already soared, while the governor of the Bank of England has warned of “apocalyptic” prices ahead.

Justine Greening, the Conservative former education secretary, said: “The government has a chance to avoid the mess on free school meals that happened last year and get ahead of the next phase of the cost of living crisis for families.”

Both she and Labour’s Alan Johnson called on ministers to expand the system to include all children whose families receive universal credit benefits.

They also called for less patchy support for schoolchildren in the summer holidays.

During the Covid pandemic, the prime minister was forced into a humiliating climbdown over the provision of food to some of the country’s poorest families, after a campaign led by England footballer Marcus Rashford.

Teaching unions have now written to the government warning that the cost of living crisis is leaving many families struggling. They have called for free school meals to be provided for all children from families receiving universal credit in England as an immediate first step.

The former children’s commissioner for England, Anne Longfield, said she supports the move.

As well as expanding eligibility to all on universal credit, Ms Greening said the government should “put in place proper summer holiday provision and revisit the school meals funding that schools get to make sure it’s not eroded by inflation so children have the provision of healthy nutritious meals as intended.”

Alan Johnson said that he and his sister both received free school meals and had “never forgotten how important those school dinners were”.

He expressed his surprise that entitlement to universal credit was not already “a passport to free school meals”. He said there was a good case for all infant and primary school pupils to have free meals but extending it to all those on the benefit “would be a good start”.

He also said the voucher system adopted during lockdown to ensure those on free school meals weren’t disadvantaged “provided a solution to the long-standing practical problem of how to continue through the holidays”.

Labour’s shadow levelling up secretary Lisa Nandy told The Independent: “It was so striking for me during the last few school holidays, when the government was refusing to keep free school meals going, how councils and businesses across the country stepped up and did it anyway.

“Here in the northwest, I don’t think there was a single Labour council that didn’t step forward and do that. Because these are our children and we won’t let them go starving hungry in school holidays just because of the government that they’ve got.

“So, if the government won’t, then there’ll be a mobilisation effort led across the country to make sure that children don’t go hungry over those summer holidays. That’s levelling up in action, isn’t it? That’s communities coming together to level themselves up. Imagine what they could do with a government that backed them,” she added.

The Department for Education state that those on universal credit must have an annual income of less than £7,400 to be eligible for free school meals.

In response to previous criticism ministers set up a “Holiday activities and food programme” during the summer and other school closures.

But Geoff Barton, the general secretary of the Association of School and College Leaders, said it only covered part of the holidays and required children to attend activities.

But an independent report, the National Food Strategy, published last year, estimated that another million children in England would receive free school meals if every family on universal credit were eligible.

Helen Barnard, associate director of the Joseph Rowntree Foundation, said: “There’s been a disconnect for a long time between free school meal eligibility and who needs them.”

In particular, the scheme tends to exclude families in working poverty, she said, while adding that cash support for families over the holidays “makes much more sense”.

Kate Anstey, from Child Poverty Action Group, said the charity was hearing from more and more parents who could not afford school lunches on top of everything else, a situation that was “devastating for them and has serious consequences for their children”.

“Expanding eligibility to all families on universal credit is the minimum change we should make to provide a basic layer of protection for children,” she said.

A government spokesperson said ministers had “expanded access to free school meals more than any other government in recent decades”.

“The holiday activities and food programme runs during major school holidays, and wider welfare support is available through the household support fund, which helps vulnerable families in need with essentials, such as food and utility bills.”