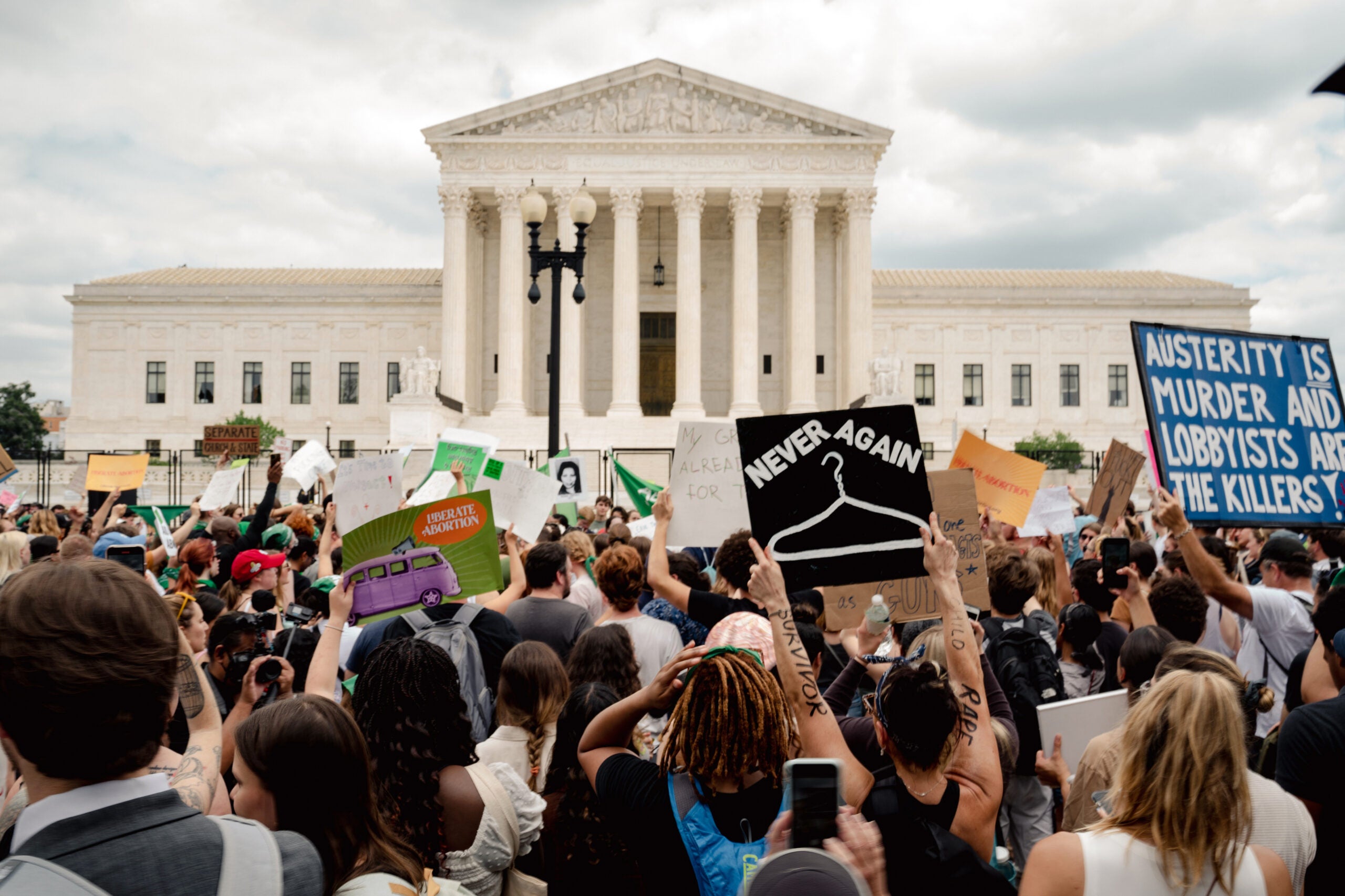 Fringe groups on the far right and left issued calls to take up arms on Friday in a sign of escalating tension over the U.S. Supreme Court’s abortion ruling.

“DEFEND YOUR CHURCHES TONIGHT,” cried far-right activist Nicholas Fuentes on his personal channel on the messaging app Telegram, where he has more than 44,000 followers.

With people across the country taking to the streets to protest and support the decision, officials warned that the U.S. could face a wave of violence from extremists. In many posts, Fuentes and other far-right influencers referenced a memo published Friday by the U.S. Department of Homeland Security warning that churches, judges, and abortion providers could be at a heightened risk of violence “for weeks” in response to both the ruling and expected changes in state laws and ballot measures stemming from the decision.

Though the DHS memo said all sides were at risk, on far-right channels such as Fuentes’, the memo was being referenced as a call to arms to protect pregnancy centers and churches from pro-abortion extremists, according to disinformation researchers. Pregnancy centers are nonprofit organizations set up by antiabortion activists to counsel women against having abortions.

“We anticipate that this could be a tinderbox situation,” said Lisa Kaplan, founder, and CEO of Alethea Group, a technology company that detects and mitigates disinformation and social media manipulation, which conducted the research into the violent posts. “On social media platforms we are seeing politically-charged calls to violence from the left and the right in response to the Supreme Court’s Roe v. Wade decision,” she said.

Alethea said it had detected fewer calls for violence on far-left channels, but Kaplan said the research was preliminary. One post on a far-left channel called for burning all churches except Black ones.

“Only Black churches should be left standing. Burn them all,” one post read.

The DHS memo specifically identified a far-left “network of loosely affiliated suspected violent extremists, known as ‘Jane’s Revenge,’” that it said was linked to several threats calling for a “night of rage” over the ruling. DHS said the group allegedly claimed responsibility for vandalizing a building that houses a Congress member’s campaign office and a pro-life group, and for at least three arson attacks since May targeting antiabortion organizations in Oregon, New York, and Wisconsin.

Immigration courts in Dallas, Chicago, and Portland announced that they would close early on Friday in anticipation of potentially disruptive crowds.

Many of the far-right posts urged followers to gear up to fight anticipated violence by Jane’s Revenge. Some of the far-right posts mentioned specific churches that could be targeted, including churches in Stockton and Costa Mesa, Calif., and Detroit, and also noted the exact locations where pro-abortion groups were planning protests over the weekend. Other posts targeted Black Lives Matter activists, the left-wing group antifa, and lesbians.

One warned that “special interest groups” would be hiring rioters from left-wing groups antifa and Black Lives Matter to “burn your city down,” according to the posts shared by Alethea.

Another Telegram post warned that “Any 300 lbs purple-haired nose ringed BULLDYKE is now a threat of terrorism. LOCK AND LOAD FOLKS AND BE VIGILANT AND READY TO NEUTRALIZE THE THREAT. WE DO NOT NEGOTIATE WITH TERRORISTS!”

Other posts were more conspiratorial, arguing that Jane’s Revenge is really the FBI. Others were antisemitic.

US downs Chinese balloon, drawing a threat from China