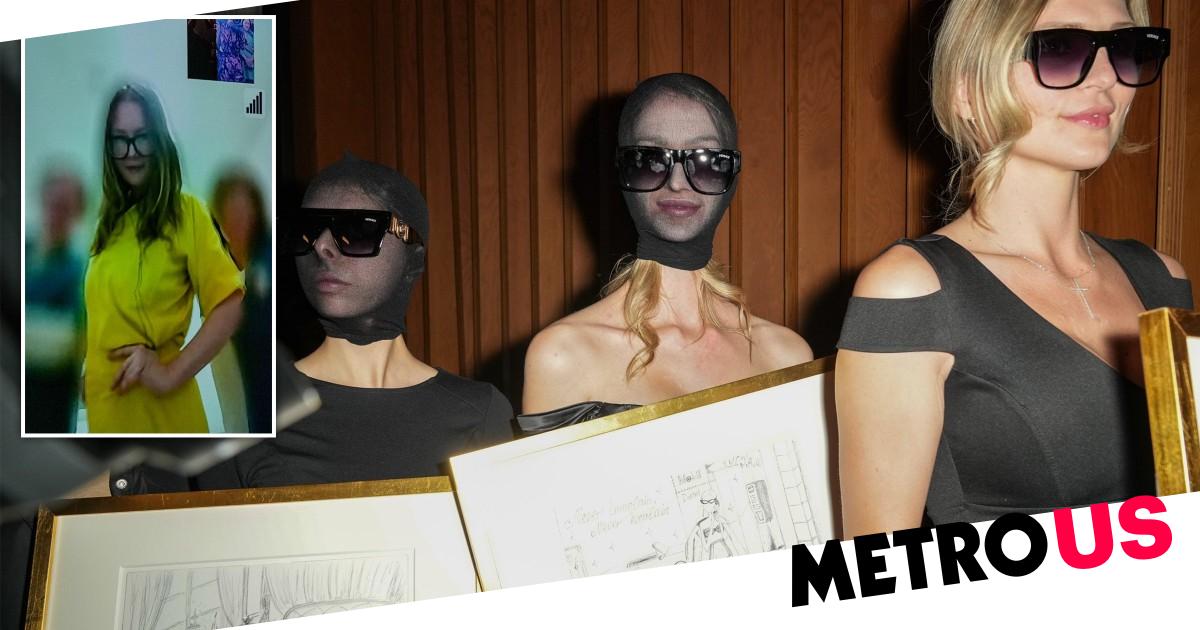 Convicted fraudster Anna Delvey was able to attend an exhibition of her art collection ‘worth £400,935’ from behind bars.

The infamous con-artist has become known all over the world, after the Netflix series Inventing Anna depicted how she posed as a German heiress to steal hundreds of thousands from socialites, banks and hotels.

Delvey, whose real name is Anna Sorokin, was convicted of grand larceny in the US in 2019.

She was released just three years into her 12-year-sentence for ‘good behaviour’ but was back in custody within six weeks after ICE arrested her for overstaying her visa.

She has remained in jail since, as she fights a deportation order to have her extradited to Germany, where she spent the majority of her teenage years.

It was sold by the co-founder of the group which bought Delvey’s art, Patrick Peters.

Models wore sunglasses and black hoods as they walked around carrying Delvey’s 20 artworks.

The bar hosting the event, at the Public Hotel in Manhattan, offered cocktails which included a drink called Anna on ICE.

Delvey called just after 9pm, modelling her yellow prison jumpsuit. She answered questions about which piece was her favourite, explaining that her drawings ‘represent what (she is) going through right now’.

The crowd chatted with Delvey about how there were ‘no white people in ICE’ and Delvey complained about not having good art supplies while in custody.

‘They just have the worst of everything,’ she said. At one point, Delvey’s lawyer spoke to the crowd about her fight against deportation and then shouted ‘free Anna!’.

Mr Peters said the art at the exhibition was only 48% of Delvey’s collection as many pieces have reportedly been confiscated in the post.

A White woman called police on him while he was bird-watching in Central Park. Now, he has his own TV show.

You cooked for 20 and fed 6 people. What to do with all of those leftovers – Boston…