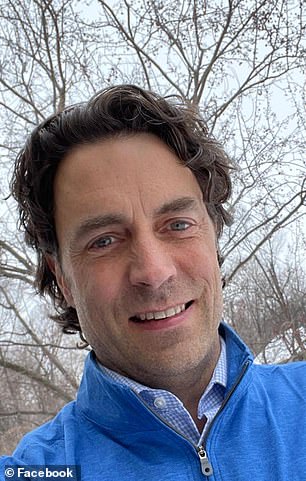 A Minnesota man who had started to suffer hearing problems was shocked to learn that it was not caused by ear damage, but instead by a brain tumor.

Joe Ruhlin’s hearing in his left ear had slowly declined to the point where he could not use the phone on that side and had trouble hearing anything on that side of his body.

After being urged by his daughter to receive care – thinking it was a ear issue that could be fixed with a hear aid – Ruhlin learned that he actually was suffering from a brain tumor.

He had acoustic neuroma, a benign tumor, which he has since had removed and is not on the path to recovery and going back to a normal life. 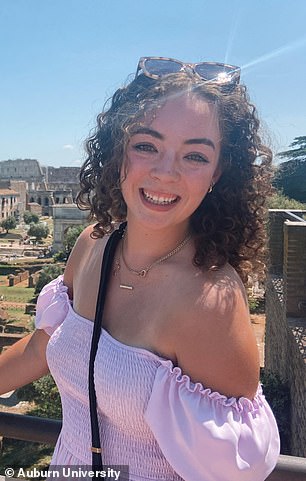 Joe Ruhlin (left) was shocked to find out his hearing issue was caused by a brain tumor. Rachel Ruhlin (right) urged her dad to get a hearing exam, expecting him to just need a hearing aid

After learning about the ear in her studies at the Alabama school, she recommended her hearing impaired father to seek help for his issues.

‘Once I started taking these classes, it put it more into perspective,’ Rachel said in an Auburn release.

‘My professor would talk about how many people have hearing loss, and if you don’t get hearing aids, your hearing will just get worse and worse. Finally, I texted my dad and I said, ‘We have to go.’ I didn’t really give him an option.’

Joe walked into the appointment expecting to be fitted for a hearing aid, believing his hearing issues were tied to age and damage he suffered from going to concerts in his youth.

Ruhlin also wanted his daughter to see a hearing test up close and in-person, something which could become a regular part of her future career.

‘She strongly encouraged me to set up an appointment while she was home,’ Joe he said.

‘And I think she knew I would go with her, partly because it was going to be interesting for her to see up close what an audiology test looks like, what a hearing test would look like and participate in it and ask questions.’ 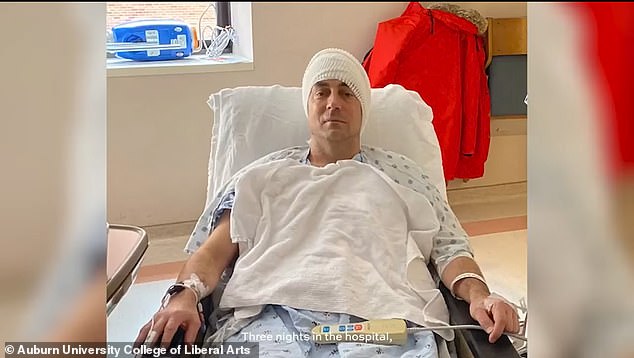 Ruhlin successfully underwent surgery in February, and is now recovering at home 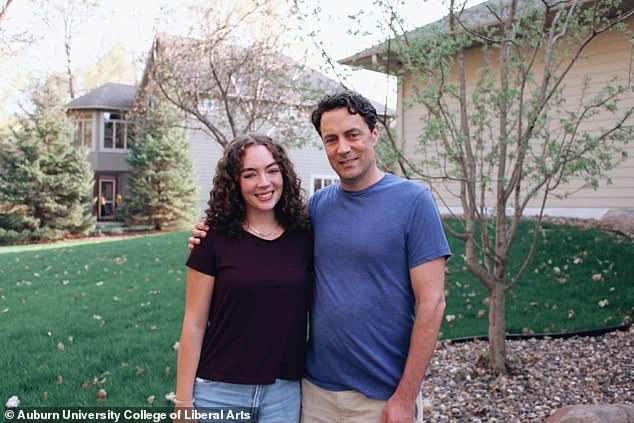 He says he is thankful for his daughter, and her learning at Auburn, for spurring him into going to get his hearing checked

Results of the initial hearing test were no surprise, determining that he was suffering severe hearing loss in his left ear.

Ruhlin was then referred to a second doctor, who ordered an MRI. The results of the MRI were shocking, showing that he was suffering from the brain tumor.

Acoustic neuroma is a rare condition that occurs in people aged 40 and older. The most common symptoms are hearing loss, ear full ness and tinnitus.

Some sufferers also go through balance problems, numbness on the side of the face with tumor and more.

These symptoms often occur because growth of the tumor affects the nerves surrounding it.

While the are not often deadly, and treatment for it is highly effective and removing and preventing it from spreading, if left unchecked it can eventually damage the brain stem and cause death.

‘Even though it’s benign, having something growing inside your head is somewhat of a risk. And where this tumor arises, there’s a lot of important things, especially the brain stem, right next to it. So, as these tumors slowly enlarge, they can start to push on some critical structures,’ Dr Michael Link, a surgeon at Rochester, Minnesota’s Mayo Clinic who treated Ruhlin, explained.

‘The other issue is that right with the hearing and balance nerve runs the facial nerves, which innervates all the muscles of facial expression. As the tumor gets bigger, the risk that the facial nerve will be injured or won’t work well after surgery goes up.’ 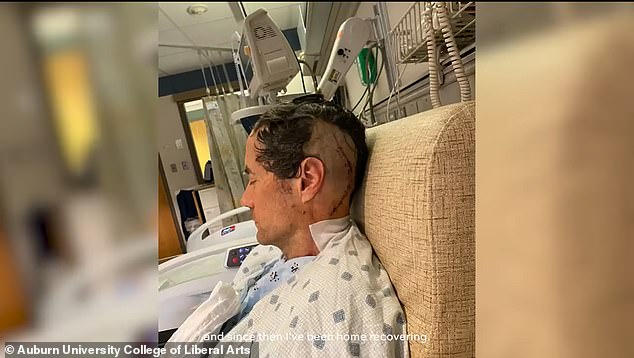 After treating Ruhlin, doctors are pushing for more Americans with hearing problems to get checked out just in case, so they can hopefully catch more tumors before they become problems

On February 16, Ruhlin received a successful surgery to have the tumor removed from his brain.

He now has months of recovery ahead, but is thankful that his daughter pushed him to make sure he got his hearing issues checked out.

‘It means a lot that she helped me get through this,’ he said.

‘I’m very grateful that she pushed me to go see the doctor. It did take some encouragement, and she’s very good at encouraging me to do things. Daughters can be that way.

‘So, I’m very grateful that she was in that audiology class at the time. She was talking to her audiology professors, and they were backing up what we were hearing, so it was very comforting to have her support.’

Link urges more people who are suffering from hearing issues to make sure they get checked out, and not just chalk it up to aging or another more benign factor.

The great, great majority of the time, when people have unilateral hearing loss or unilateral ringing in the ear, it is not a tumor. But once again, it’s always worth getting it checked out,’ the surgeon said.

‘It’s been fascinating to me that so many people have hearing loss and refuse to get it checked out. It is a big issue for quality of life if you’re missing a lot of what’s going on around you.

‘So, I think for all of our family members, we have to be vigilant and say if you’re not hearing well, you need to get it checked out.’

How to connect a keyboard and mouse to the Steam Deck