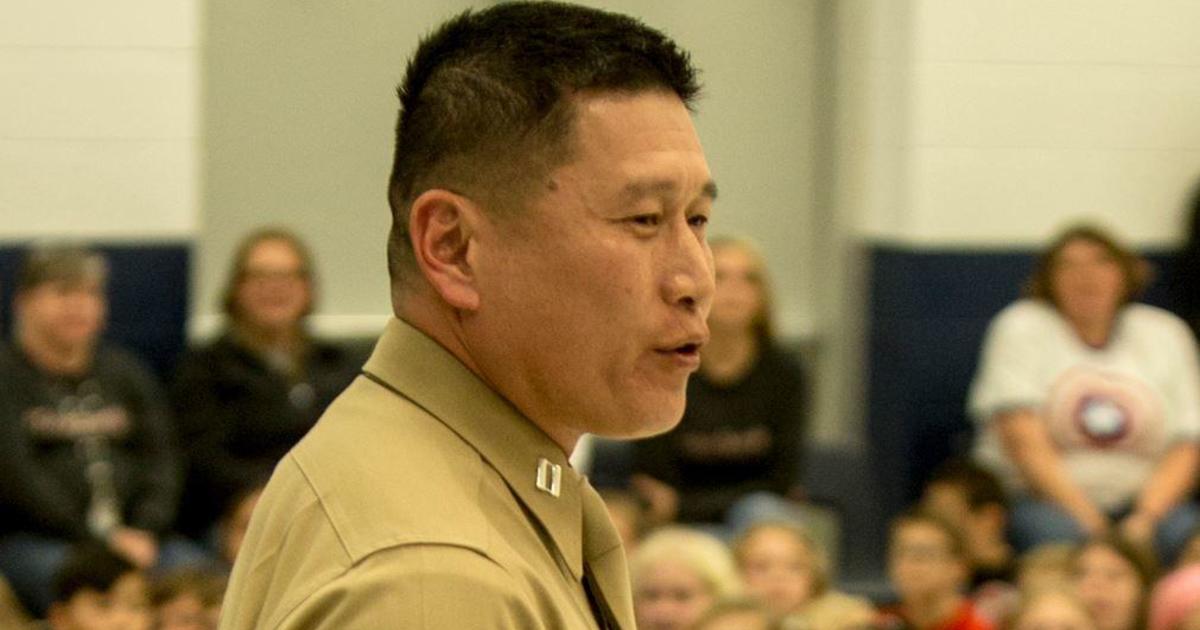 The U.S. government says it’s now looking into reports that three Americans who joined Ukraine‘s battle against the Russian invasion have gone missing on the battlefield. Fears have mounted this week over the fate of two U.S. military veterans reportedly being held by Russian or pro-Russian forces in eastern Ukraine, and now a third American vet is said to be missing in the country.

The U.S. State Department has not yet confirmed reports that Andy Tai Ngoc Huynh, 27, and Alexander Drueke, 39, who left their homes in Alabama to help Ukraine defend itself, were captured by Russian forces. An unverified photo emerged Thursday on Russian social media, however, appearing to show the men in custody.

The State Department confirmed Thursday that in addition to Huynh and Drueke, it is also looking into reports that a third man is missing. Retired Marine Captain Grady Kurpasi, a 20-year veteran of the U.S. military, went silent after taking small-arms fire in the Kherson region, according to a family friend.

While the U.S. government has declined to send troops into Ukraine to help in its war with Russia, and warned Americans repeatedly not to go to the country, U.S. citizens are among the many foreign fighters on the battlefield, and many are veterans.

CBS News spoke to another former U.S. Marine who said he knew Huynh and Drueke and served with them in Ukraine before they went missing.

“We knew that by going over there and serving for the government of Ukraine, that little to no protections would be extended to us, and that the United States government would be powerless to help us,” said the veteran, who asked not to be identified.

But they still felt compelled to answer the plea for help issued by Ukraine’s President Volodymyr Zelenskyy in the days right after Russia launched its invasion.

“For the first time in my lifetime, we had a head of state making a public cry out for assistance — not just to fellow governments of the world, but to citizens of the world to help,” he said. “Given the nature of what he was asking for and why, it was hard for me not to answer the call.”

The veteran said he and Drueke had not only battlefield experience, but experience training other troops, and they knew that in particular would be of huge value in Ukraine. He said they, along with Huynh, all consulted friends and family before making their final decisions, and that the choice was likely even harder for Huynh as he’d only recently gotten engaged, but in the end, they all decided their help was needed.

The three men met up inside the country just after Easter, with Vladimir Putin’s invasion well underway. It wasn’t long before they realized their intentions to focus on training Ukraine’s forces would be reshaped by the realities of a vicious fight, and Ukraine’s significant disadvantage in troop numbers.

“We were told, you know: ‘You can stay, but if you’re gonna stay, you’re gonna be a fighter.’ And so, we had a decision to make, and we decided to stay,” he told CBS News.

“I didn’t feel bamboozled,” the veteran added. “At the time, Russia was firing, you know, long-range attacks and precision attacks against critical targets the entire length of the country… So, you know, we knew that anywhere in that country, you know the possibility of death by explosion, shrapnel or things falling down from the sky was a possibility.”

He said he and Drueke left similar circumstances back home: “We’re both single guys, unmarried, no kids, both had dogs that, ironically, both were being taken care of by our mothers while we were away.”

He said that while he and Drueke served with different branches of the U.S. military, they both had the necessary training and battlefield experience, and they also shared “a distaste for bullies.”

“We both had a very impassioned belief behind what Ukraine was trying to do,” he said. “Alex and I have spoken about that… If Putin is allowed to succeed here, this could lead to the onset of him taking other countries.”

“Eventually, talking to Andy, similar sentiments are raised. He said if he’s [Putin] not stopped, if this is allowed to go unchecked or no one stops him or if Ukraine fails, what is to stop him?” the U.S. veteran told CBS News.

He said Drueke and Huynh were later transferred to a different unit that was sent into front-line combat in eastern Ukraine, while he remained with a support unit. The veteran who spoke to CBS News is now back in the United States. He only learned of his fellow troops’ reported capture early Thursday morning.

He said he was convinced the men are in Russian custody, despite Moscow’s claim to be unaware of their capture.

If Drueke and Huynh’s capture by Russian or pro-Russian forces is confirmed, the U.S. Marine who spoke to CBS News said he feared they were “basically going to become negotiating chips” for Russia to use in talks with the U.S.

But despite two captured Britons and a Moroccan man being sentenced to death by a tribunal in Donetsk, eastern Ukraine, last week by the pro-Russian forces who control that ground, he believes the Americans will make it home.

“They are too high a value, I believe, for Russia to kill them,” the U.S. Marine veteran told CBS News. “That’s good because they’re probably going to keep their lives. That’s bad because, whatever trade has to come, you know, to get them home, is not going to be good for Ukraine, or for the United States.”

Mononoke Film Based on 2007 Anime Announced With Full Trailer