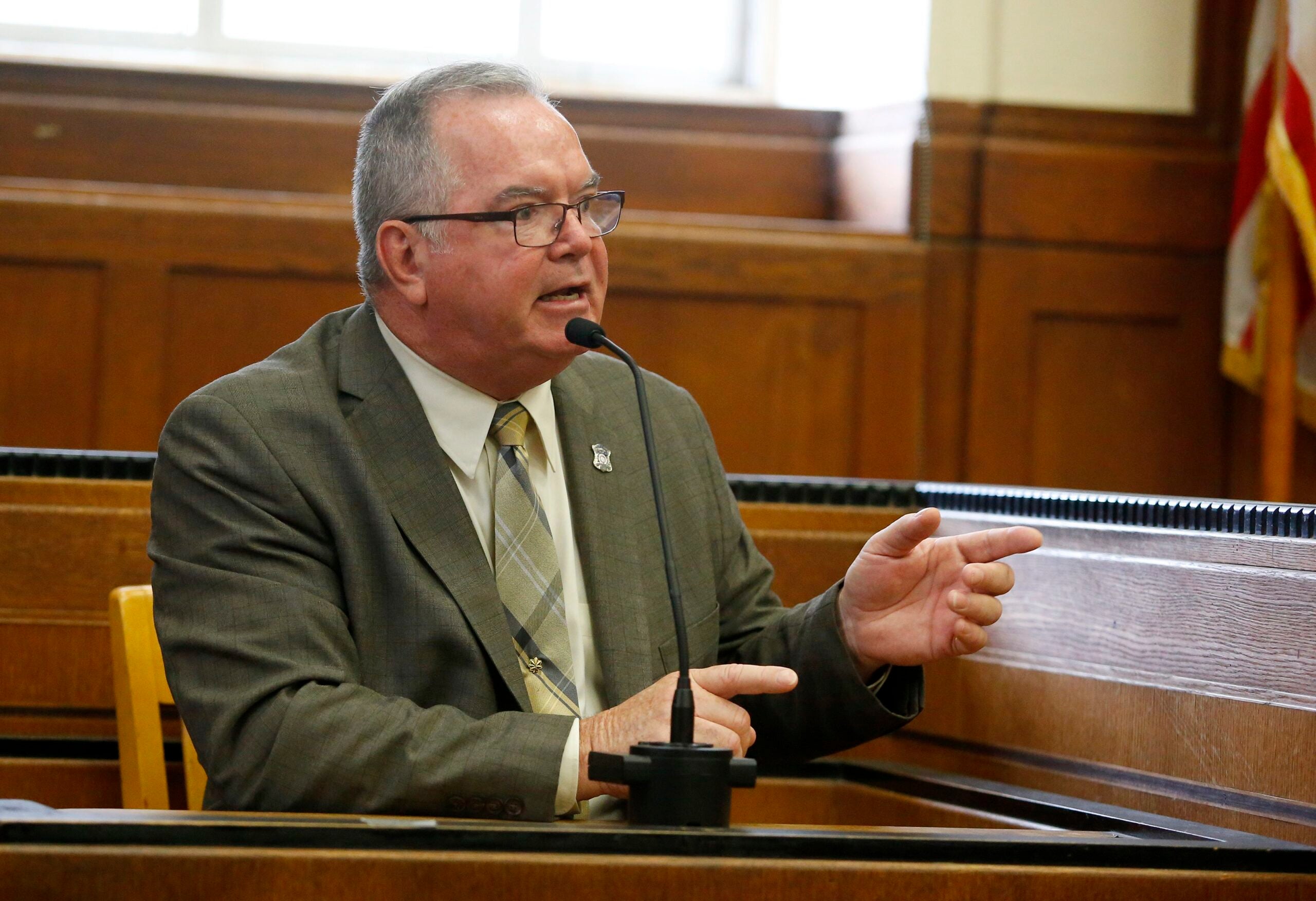 Mayor Michelle Wu on Thursday released a trove of the Boston Police Department’s and city’s internal affairs and personnel files on disgraced former officer and convicted child abuser Patrick Rose Sr., following a long public outcry for insight into how Rose remained on the force 20 years after the department found he likely sexually assaulted a minor.

But Wu quickly told reporters the over-100 pages of paperwork leave some questions unanswered, among them perhaps the two biggest: Why exactly was Rose, whose career brought him to serve eventually as president of the police’s largest union, allowed to stay on the force?

And who made the decision to keep him on?

In fact, Wu said her administration believes “no documentation exists to answer those questions.”

“I have gone through these documents over and over and over again — this was a very difficult read each and every time,” Wu said on a Zoom call, shortly before the files were made public. “What happened here is inexcusable and the impacts of it continue to live with those who have been affected.

“Know that my horror here is matched by my determination to ensure that our city will uphold the public trust and deliver the services that our residents need with the highest standards of accountability, transparency, and connection to community,” she added.

Rose, now 67, pleaded guilty and was convicted in April on charges that he sexually abused six children over two decades. He was sentenced to serve at least 10 years in prison.

The documents released on Thursday are the entirety of Rose’s files owned by the city, but with redactions necessary to protect the identities of sexual assault survivors, according to Wu, who said her administration went through the documents “line by line” over many weeks.

Wu made clear she wants — and will make sure, from the city’s standpoint — the Rose case to be the driving force behind reforms to ensure this kind of situation cannot happen again, namely through collective bargaining agreements with the city’s law enforcement agencies.

But what was unclear still on Thursday was who and/or what was behind the decisions that led to Rose being reinstated after a two-year re-assignment to administrative duties in the 1990s, even after the department’s own internal investigation found he likely assaulted a child.

A timeline with dates gleaned from the filings that was created by Wu’s office and provided to reporters shows the steps taken by Boston police following the initial allegation in November 1995, about a year and a half after Rose joined the department.

Summarizing that timeline, Wu said there was a “comprehensive and intensive investigation” by the department’s own Sexual Assault Unit into the allegations against Rose. Witness statements and home visits occurred.

A criminal complaint was filed by police in West Roxbury District Court for indecent assault and battery on a child under 14 later in November 1995, and the Internal Affairs Divisions sustained the allegations in June 1996, according to the timeline.

“Then as the course of this case went on, other agencies ended their investigations, criminal charges were dismissed, and eventually some of the initial evidence and testimony that led to the documentation of sustained finding was disavowed,” Wu said.

In May 1997, Thomas Drechsler, a Boston Police Patrolmen’s Association-hired attorney, submitted an affidavit to the Internal Affairs Division from the victim and from the victim’s guardian “disavowing any allegations of sexual misconduct by Rose,” the timeline states. Drechsler is now a judge in Essex County Superior Court.

Rose, all the while, remained on administrative duty.

One file, dated May 4, 1998, documents a grievance filed in late 1997 by the BPPA with the city’s Office of Labor Relations, contending Rose was placed on leave “without just cause.”

“The union further states that Officer Rose has performed administrative duties for the past two years without any incident,” the file reads. “Therefore, the union argues that the Department has had two years to investigate and evaluate Officer Rose which is a reasonable time to determine whether or not Officer Rose should be returned to full duty.”

Additionally, the union demanded Rose receive his department-issued firearm back and that “he is made whole for lost overtime and detail opportunities.”

That same file states Rose refused to sign a consent form for medical records as the department investigated the allegations and “as a result of his failure to cooperate … the investigation has been prolonged.”

The city found that Rose was “appropriately placed” on administrative duties, and therefore, the grievance was denied at that time.

“Much of the paper trail drops off at that point,” Wu said Thursday.

The next entry in the timeline is Dec. 10, 2014: The day Rose is elected president of the BPPA, the city’s largest police union.

Rose retired from the force in January 2018 and was arrested on 33 counts of sexual abuse of children in August 2020.

Asked if she thinks Drechsler is culpable in what happened, Wu, an attorney herself, said she sees the case as a systemic failure.

“It doesn’t seem like there’s a single point of culpability here, but a system that failed in many ways,” she said. “I would say that … should we have the horror of having to deal with a similar situation today, under this administration, we would treat it differently.”

Wu said that through releasing the files, she hopes the records show the need for the city and police department “to take urgent action when there is evidence of criminal misconduct, and to be able to immediately terminate officers after a violation of the public trust has been found.”

In a letter included with the documents to the City Council, Wu wrote the lessons and questions from the Rose documents will shape the city’s hiring and planning decisions around its search for a new police commissioner.

Wu also wants to see those lessons codified into the city’s collective bargaining agreements with city unions, namely, a provision that sets a timeframe or target of, say, a 30-to-60 day window, for when certain cases must be resolved.

Doing so would help lessen the “tremendous pressure” facing victims and witnesses that can worsen over long periods, Wu said.

“I’m always optimistic in general (about putting those changes into a contract), but optimism isn’t enough in this field and in this world,” Wu said. “You need legal research backing it up. You need strong asks and I am hopeful and determined to ensure that we codify the lessons learned from this situation.”

Why these energy shares are on a roll this year?

Australia urged to do more to punish Tehran