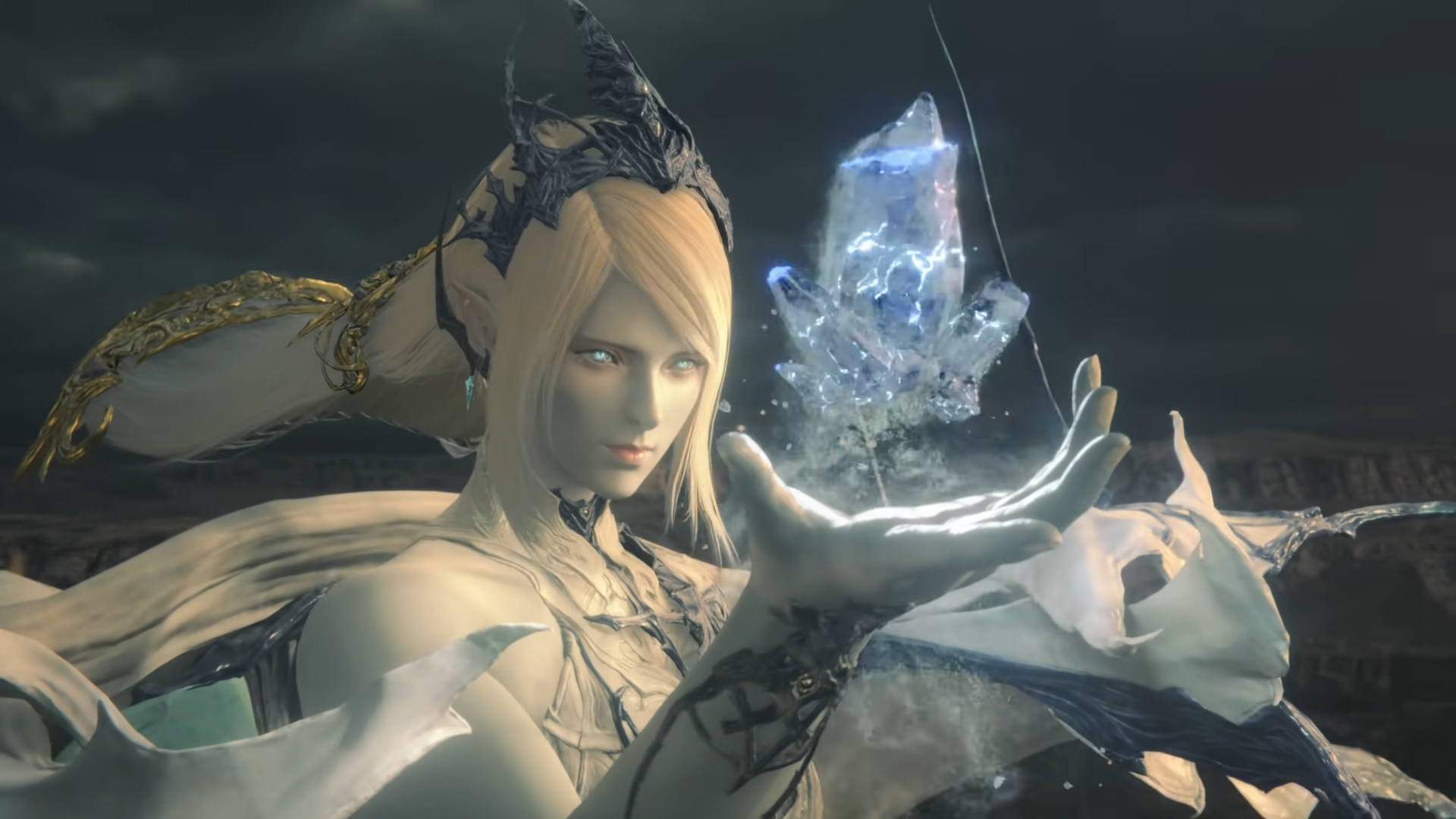 Final Fantasy 16 is finally on its way. Two years after the initial teaser trailer, developer Square Enix dropped a brand new trailer that gives fans a worthwhile look at what the next entry in the long-running RPG series has to offer.

Final Fantasy 15, released in 2016, had an infamously long and arduous development, originally being part of the Final Fantasy 13 series until it was delayed and retooled for the better half of a decade. Since then, we’ve seen numerous spinoffs, remakes, and original games from developer Square Enix, but no new main series Final Fantasy titles.

While plenty of major titles have seen delays in the past couple of years, we’re hoping that FFXVI stays on track and launches next year. There are still plenty of mysteries about the new adventure, but here’s everything we know so far.

With the release of a new trailer at Sony’s 2022 State of Play (more on that below), Square Enix gave a release window of summer 2023 for Final Fantasy 16.

We expect a more precise release date as we get closer to the end of 2022.

It makes sense given the long history between the two companies and the fact that the game was revealed during a PlayStation 5 showcase that Final Fantasy 16 will be a timed console exclusive for the PS5. Unlike many other early PS5 titles, it appears that there will be no PS4 version of this game.

As far as PC and the Xbox Series X are concerned, we’re still in the dark about how long this exclusivity deal will last. Odds are Sony will have console exclusivity for a year, like what we’re seeing with Final Fantasy 7 Remake, at which point we could see the title hit Microsoft’s machine. PC is likely to get the game earlier, perhaps even at the same time, as Sony has made a push toward supporting the PC more with their first- and third-party-exclusive games.

The reveal trailer, called Awakening, is jam-packed with details in its four-minute runtime. We get glimpses of the story, cutscenes, and what even look to be snippets of actual gameplay. Between the single trailer and the game’s official website, a large amount of story information is available.

We know that Final Fantasy 16 will be going back to the traditional fantasy roots of the series as opposed to the recent games that had modern or even futuristic elements to the worlds. The game will take place in Valisthea, which is broken up into six kingdoms: Grand Duchy of Rosaria, Holy Empire of Sanbreque, Kingdom of Waloed, Dhamekian Republic, Iron Kingdom, and Crystalline Dominion. Each kingdom is granted magic thanks to its Mothercrystal, as well as a single person with the power to summon Eikons called Dominants.

These Mothercrystals power the world; however, something called The Blight has begun to spread across Valisthea. While these elements will all make up the central plot of the game, those are all the details we have about the story so far. The tagline of the game, “The legacy of the crystals has shaped our history for long enough,” perhaps hints at a villain’s goal to destroy the world’s Mothercrystals.

In terms of characters, we got a good look at our new protagonist, Clive Rosfield. He is the son of the Archduke of Grand Duchy of Rosaria and was the one who was expected to become the Dominant of that kingdom. Instead, he is the sworn protector of his younger brother Joshua, who was the one to become the Dominant but is still able to use some of the Eikon’s power. Joshua’s Eikon is the fire elemental Phoenix, allowing him to use fire-based magic. Jill Warrick is another character we see briefly and is something of an adopted sister to Clive and Joshua, but not much is known about her role in the story just yet.

Perhaps taking a cue from the ending sequence of Final Fantasy 15, there also appears to be some time-period shift in the game’s plot since we see both a younger and much older version of Clive in the trailer. Perhaps the game will go back and forth between two time periods or simply have a time skip at some point. We do learn that the game will focus on Clive during three points in his life: his teenage years, 20s, and his 30s.

The second trailer further dives into what we knew or suspected, starting with the quote, “In a world ruled by Tyranny and turmoil, there are those who would fight to take back control of their fate.” A voice then asks questions about what the Dominant are, who are apparently being eroded by the power of their summons living inside them.

In terms of gameplay, Final Fantasy 16 looks to continue pushing into the action RPG genre that started with Final Fantasy 15 and Final Fantasy 7 Remake. We see Clive casting various spells on the fly and then moving right into sword combat with some type of teleporting ability. Granted, all the footage shown had no HUD or UI, so it is possible there are some sort of turn- or time-based mechanics going on, but the credits list Ryota Suzuki as the battle director. He is best known for being a combat designer on Devil May Cry 5 and Dragon’s Dogma, which lends some credibility to the theory that this will be a more action-focused game.

The new trailer really focuses more on the gameplay, which looks even more action-focused than we suspected. Yoshida himself describes the game as having “high-octane battles,” which certainly looks to be the case. Aside from a HUD with a level number, HP bar, and what look like MP bars, the action looks almost more like a straight character-action game. Clive can launch, combo, and perform skills and abilities on the fly, leading to flashy, cinematic finishers.

You will only be playing as Clive during the game, with any party members being AI-controlled. They will apparently be similar to how the party functioned in Final Fantasy 15 in terms of the party bantering during travel and combat. Unlike that game, at least so far, it doesn’t seem like you will be able to give them any kind of direction. The only time you won’t be playing as Clive is when you take control of the Eikon, which will apparently play much differently than the normal game.

It is also worth noting that Final Fantasy 16 will not be an open-world title, as Yoshida told IGN in an interview, but instead will feature different zones, perhaps more in the style of hub areas. This was apparently chosen to give the game a greater sense of scale and progression since it is going to be a tale that takes us all around this new world.

The right side of the screen is constantly listing off statuses and moves, such as Deadly Chain and Deadly Takedown, to list what you’re pulling off.

During what looks like boss encounters, the screen shifts to almost a fighting game-style display where the enemy’s health bar is held in a static location on the screen, like Clive’s, rather than floating on their character. This is especially notable during the massive Eikon battles, such as when we see Phoenix battling Eikon of Fire and Ifrit facing off with Titan. These in particular look highly cinematic, so we’re not sure how they will actually play.

Normally, this would be an easy question to answer with a firm “no,” but Final Fantasy as a series isn’t quite the same dedicated single-player JRPG it once was. Final Fantasy 15 launched as a purely single-player experience, but later got the Comrades DLC that introduced online co-op play for up to four players. If there were to be a multiplayer mode in 16, we would expect it to function similarly and not be integrated into the main story campaign at all.

Plus, with the experience Yoshida has working on FF 14, there might be a new focus on providing a strong multiplayer offering.

Until a firm release date is set, there’s no information out there on how the pre-order situation will look for Final Fantasy 16. We can confidently predict that there will be pre-orders, and likely that there will be more than one version, but not much beyond that. We could expect a standard version, another with perhaps a steelbook, soundtrack, artbook, or some combination, as well as one that includes a hypothetical season pass if our predictions about future DLC are accurate.

As soon we hear more information about when and how pre-orders will be handled, we’ll be sure to let you know.

Here’s How to Apply Under Agnipath Scheme, From Eligibility to Selection, All You Need to Know